We’ve had an interesting few weeks out here in the West, I have to say.

It started with a planned 3-month move for work to a town 8 hours away, and the road trip that we made (with our cars packed to the gills with essentials + our daughter + 1 car seat that takes up half the car + our dogs) was thankfully uneventful. Ok, ok, ok, maybe there was a non-essential or two, but it’s summer and why leave the ice cream maker at home I always say. Anyhoo, I will spare you pictures if what that looked like,  but we made it.

And then our housing fell through.

We were already up here.

I did not handle it gracefully.

Thankfully, after a few days of dead ends but many prayers (and thankfully many from my fellow Builders!), we found a safe unfurnished apartment near the town’s river. I mention it was unfurnished only because the situation that fell through had many basics, including furniture, so all of a sudden it seemed like more of a ‘real move’ than a temporary one. We rented some of the bare basic furtniture, and then I set to finding some very discount supplies for the rest.

In the end, and two weeks later, I have had to recognize how unglued I became over the whole thing. I was praying, but was not as trusting as I should have been, and I’ve been humbled at all of those emotions as I recognize (and am still recognizing) how God provided again and again in spite of my lack of faith, and showed his providence in small and big ways. The apartment doesn’t do short term leases, but made an exception for us when they heard our situation (thank goodness!). The apartment is right across from a beautiful park, including a smaller toddler park that even has a lion theme (my daughter loves lions). It happens to be walkable to the Cathedral, where a dear priest we knew is the pastor, and (joyful bonus) the time of daily mass hasn’t conflicted with naps so we’ve been able to go several times already. The rental furniture was going to be too expensive, but there just happened to be a special with our particular complex that gave a discount that made it immensely more manageable. There are other answers that we didn’t even pray about! And in an additional blessing, I’ve been truly amazed at how very little we really needed to make this ‘home’ for awhile.

SO…this morning I’m feeling thankful for answered prayers — especially those prayed on my behalf by others — and am settling into our new routine in a new city. Thanks to the Builders for the help!

I sought the LORD, and he answered me, delivered me from all my fears. Psalm 34:5

July 16, 2014 What I Sometimes Wish that Someone Would Say to Me in the Third Trimester
Recent Comments
2 Comments | Leave a Comment
"Thank you for all your years of blogging. It has been such fun and a ..."
Kathy A Final Post
"Just for anyone researching this subject, I teach elementary music and most pop songs, lyrically ..."
Dirk Pop Music and Kids
"MA, it took me forever to comment on this post, but wanted to thank you ..."
Katrina Christmas to-do list
"Way to go, MA! That's the spirit, just one step at a time. I started ..."
Queen B Christmas to-do list
Browse Our Archives
Related posts from Building Cathedrals 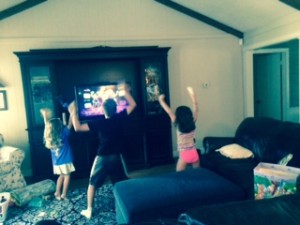 Family
Screen Time: Where We Are Right Now
Building Cathedrals 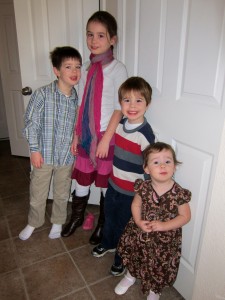