On Solitude: Nietzsche, The Muppets, and Me

On Solitude: Nietzsche, The Muppets, and Me July 2, 2009 Daniel Fincke

Being alone is not a virtue.  It is just a fact and, for most of us, a source of insecurity, occasionally a source of relief, sometimes a real liability.  Loneliness, by contrast, is essentially a kind of felt deprivation (and we should note that one can feel lonely even in the presence of other people).  But solitude is something of an achievement. I sometimes give an assignment to my students (with all of the requisite mental health warnings).  I ask them to spend twenty-four hours by themselves—no friends, no telephone, no radio, no television, no recorded music, no computers or e-mail or internet, and no distracting “projects.”  They are to remain alone with themselves and their thoughts.  Afterward, many of my students tell me that this is the first time they have really been alone in their lives.  Most of my students give up after six hours or so, not out of boredom but out of growing anxiety (often rationalized as boredom).  It is hard to be alone.  It is a virtue to be self-contained, or so, at any rate, does Nietzsche (and American mythology) consider it.  Solitude is a true test of independence, or what we might very cautiously call one’s autonomy.—Robert Solomon, Living With Nietzsche: What the Great “Immoralist” Has To Teach Us, pg. 165)

One of my favorite things from childhood, this little song and video has always stuck with me.  As a kid I considered myself a “loner” because, since I was very little, I was always happy to be by myself.  Around people, I am enthusiastically gregarious and will never be the one to walk away from a stimulating conversation.  I feed off of the energy of being around other people.  But I equally enjoy my solitude and can spend countless days hiding away lost in books and films and music and writing, etc.

And that side of me, the one which has happily eaten at many a restaurant and viewed many a film all alone has always fondly thought back to this video which resonated with me at both 11 and 31 the same.  I consider it as clear a marker of the unity of the self as I have!

Quick plot background—the muppet babies are cared for by Nanny.  In this episode they have overheard Nanny on the phone talking about getting rid of something in nursery.  They think she’s planning to get rid of one of them, but it’s really a piece of furniture.  Either through a chain of inferences or through some manner of casting lots among them (I can’t remember which), they come to the conclusion that it’s poor little Fozzie who will be leaving them.

To help him accept his fate, they sing him this utterly charming little song: 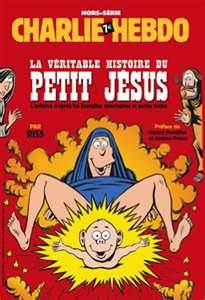 Nonreligious
12 Murdered in Paris, Apparently Over Satire of...
Camels With Hammers

Nonreligious
Tom Petty Is Scathing Towards Catholic Church Over...
Camels With Hammers
TRENDING AT PATHEOS Nonreligious