Does Being A Theologian Require Being A Religious Believer?

Does Being A Theologian Require Being A Religious Believer? August 23, 2009 Daniel Fincke

Earlier today Deane Gilbraith discussed Kurt Noll’s distinctions between theology and philosophers of religion from The Chronicle of Higher Education (which we linked to three weeks ago without much comment.)  Gilbraith’s commentator Roland objected to Noll in the following way:

On another line – ‘theologians practice and defend religion’. In short, theology is apologetics, a rearguard action. Oh come on, Noll (via Deano)! Why is it assumed that theologians must be believers? We don’t expect a teacher of French to be French, or a student of ancient Greece to believe in the Greek gods, or even an art critic to be an artist. So why does a theologian need to be a believer (in God I mean)?

The sense in which a theologian must be a believer is that a theologian is, strictly speaking, distinguishable from a historian of religion or a philosopher, biologist, psychologist/anthropologist of it, etc. by his or her adoption of, and participation in, a religious tradition when seeking truth about the world, God, humanity, etc.   Theology proceeds from the premise that knowledge of God is specially mediated to human beings through elements of allegedly sacred tradition.  Reality, including and especially divine reality can be learned about either through the words of “prophets” or through the writings of “sacred texts” or through the authority of a Church or comparable religious institution, etc. When one theologizes, one adopts the assumption that such sources provide valid information which can be synthesized with other knowledge to discover truths about God, reality, humanity, morality, salvation, etc.

In order to be a theologian, and not simply a philosopher of religion or metaphysician or philosopher of God, by definition these sacred texts must be sources of knowledge about reality for you.  If on the other hand you think that all allegedly sacred texts and traditions are sources of insight only into religious psychology or religious history or if their insights into God are only incidentally truthful—truthful not as genuinely “specially revealed, sacred sources” but only wherever they prove independently confirmable by independent metaphysics/science/moral theory, etc.—then  you simply are not a theologian.  You are in that case a philosopher or a historian or an anthropologist.

Only if you participate in a religious tradition by accepting its texts/prophets/institutions/rituals, etc. as uniquely revelatory of information about God and the world which would be inaccessible to human reason without these sacred revelations, are you a theologian.  So, that’s why, by definition, theology requires belief.  Theologians may make some arguments that only appeal to philosophical/scientific/historic/etc. evidence and premises and in those cases they are not acting as theologians but as philosophers, scientists, historians, etc.

Another issue:  Theologians are not always or exclusively engaged in apologetics.  Theologians may cover any large number of topics with no reference to defending their faith beliefs against outside challenge.  They may be constructive, systematic theologians simply trying to develop their views on soteriology or ecclesiology or eschatology, etc.  Or they may be doing hermeneutics to understand the (alleged) truth of what God is trying to reveal in a particular biblical passage.  As participating in their faith tradition and contributing to it, they do not in these cases necessarily defend that tradition so much as help define and seek to improve its beliefs from within it, as members of it.  So the part of Noll’s statement that says theology is the practice of religion makes no necessary reference to merely “rearguard” activity on their part.  They are not exclusively reactive defenders of their traditions.  They participate in the religious mythmaking and systematize the myths.

Finally, your analogy to the non-French studying French or the contemporary person studying the ancient Greeks does not apply to theologians since if you study theology from the outside the way classicists study ancient Greece, you are doing history of religion rather than theology.  But, nonetheless, there is room for one other possibility.  It is conceivable someone could do theology from within without believing it is veridical.  It is possible, for example, to engage theology as a form of literature.  In that case, you may try to give an account of what a sacred text or sacred tradition “really means” and give passionate arguments as to proper and improper interpretations of the texts or tradition without believing that those texts or traditions are at all truth-conducive in describing reality.

So, the same way that you might argue about what Homer really means to say and how best to understand Greek thinking through that, there may be an attempt to get within the mind of a theological tradition to understand what it “really” means through working within its categories as though they were true but without genuinely believing in it.  But that still sounds to me like you are studying religion from a literary, philosophical, historical, anthropological, and psychological mindset rather than an actual theological one.  In such cases, you are adopting theological categories only provisionally to see what they tell you about a tradition but not with belief with the hopes of finding the truth about the world or God outside of that idiosyncratic tradition.

For some more of my thoughts on the distinct roles of theologians and other students of religion in the ideal academy, see my post “No More Theology Departments?”

August 24, 2009 Revenge Of The Food
Recent Comments
0 | Leave a Comment
Browse Our Archives
get the latest from
Nonreligious
Sign up for our newsletter
POPULAR AT PATHEOS Nonreligious
1 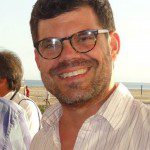 Nonreligious
Discuss Philosophy of Religion Weekly With Year Without...
Camels With Hammers 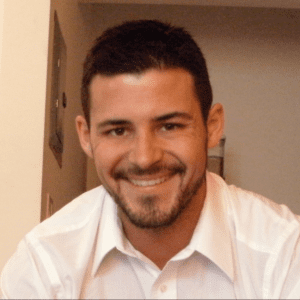