Let me just take the opportunity to let all my LGBTQ friends know how much I admire your resilience in the midst of so much cultural hostility.  Individuality, self-definition, self-creation, self-overcoming, and values-innovation are all extremely high ideals to me (in no small part due to my Nietzscheanism).  And the increasingly successful struggle of gays  in the last 40 years to overcome extraordinary resistance simply to be who they are has in so many instances led to extraordinary people, extraordinary feats of counter-cultural self-definition, self-creation, and beautiful, progressive, ennobling values re-definition.

I admire the courage of anyone willing to risk so much abuse and discrimination in the name of being true to who they are and who they love.  I admire anyone able to find the fortitude to understand themselves at cross-currents with arbitrary and often brutal and dehumanizing social molds.  I admire anyone willing to risk losing family, friends, employment, all for the sake of the truth.  And I admire anyone who in doing all of this helps the stubborn, traditionalistic, reactionary, difference-hating, tribalistic human brain shed another of its outmoded knee-jerk prejudices and embrace humane, fair, progressive reason over irrational, primitive disgusts.

In the last 40 years so many brave gays have made themselves open targets for abuse by vulnerably coming out to family and friends.  And as they have taken this risk in greater and greater numbers they have changed an astounding number of hearts and cultural attitudes. Their courage and fierce insistence on the right to be themselves and love who they love is still steadily increasing straight empathy and understanding and the younger generation of gays is already benefitting so much.  There is so much for the older, trailblazing gays to be proud of and I sure hope they are.

Those willing to be hated for the sake of the truth have made possible not just increasing tolerance but increasing love and an ennobling cultural discussion on the meaning of love.  I see the struggle of gays for full cultural acceptance (and not merely the consolation prize of backhanded “tolerance”) as a defining battle in the war of reason against traditionalism for the essence of morality.  The central question has become whether we will be people who define morality in terms of fairness, equality, self-fulfillment, self-creation, self-overcoming, love, and progressive adaptivity, or whether we will let it continue to be synonymous with the reactionary conformist, fearful, closed-minded, irrationalistic, emotionalistic traditionalism that its self-proclaimed protectors demand?  That’s the struggle of the Enlightenment against the Dark Ages, of freedom against authoritarianism, and of rationalism against traditionalism.

On a personal level, a large impetus for me to abandon faith-based reasoning (and my faith with it) 10 years ago was that I saw the way that it forced me to stand behind moral judgments that I did not believe in purely on the basis of authority and faith.  It created an unconscionable and unjustifiable wedge in one of my most cherished friendships.  Coming to terms with my faith’s immorality, irresponsibility, and unfair irrationality with respect to gays was one of the most pivotal factors in making me realize that every time a faith asks you to believe and judge in accordance with principles for which it does not give adequate justification, it is immoral, irresponsible, unfair, irrational, and regressive to the cause of knowledge and justice.

And so for all these reasons, I extremely strongly identify the cause of gay rights with the cause of rationalism, Enlightenment, love, and freedom and feel complete solidarity with the gay rights movement.  I feel your victories as my own and your losses as my own.  You have my passionate support and my personal admiration. 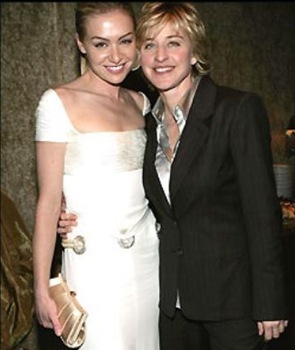 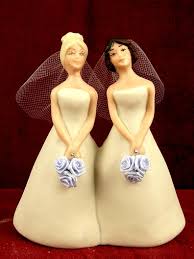 And in honor of National Coming Out Day, one of my favorite Magnetic Fields songs, “When My Boy Walks Down The Street”:

And finally, a message for all of us, from Melissa Etheridge in the words and melody of that god of rock and roll Tom Petty:

October 10, 2009
The Nightmare Possibilities If Atheists Ruled The World
Next Post

Josh Duggar and His Entirely Unsurprising...
Roll to Disbelieve
Related posts from Camels With Hammers

Nonreligious
"People Will Be Terrible. Deal With It."
Camels With Hammers
TRENDING AT PATHEOS Nonreligious

An Infidel Reads Sūrahs 67, 69 & 70
This is the 45th part of this series, reading The Qur’an; A New...
view all Nonreligious blogs
What Are Your Thoughts?leave a comment
Copyright 2008-2021, Patheos. All rights reserved.
error: Content is protected !!