1st TOP Q: “How, If At All, Can People’s Claims To Simply Intuit That There Is A God Be Rationally Refuted Or Supported?”

1st TOP Q: “How, If At All, Can People’s Claims To Simply Intuit That There Is A God Be Rationally Refuted Or Supported?” January 1, 2011 Daniel Fincke

Today’s inaugural open philosophical question is inspired by a good question raised this summer by long time friend of Camels With Hammers George W. of the blog Misplaced Grace. I am going to slightly modify his question since it involves addressing a particularly weak and willfully illogical form of an argument for the ability to “intuit” God’s existence.

What I want to ask, is on what grounds might we say that someone is justified or unjustified in intuiting that they have an immediate awareness that there is a God? There are other immediate intuitions we have that we think are justified. For example, we have logical intuitions like that the law of non-contradiction (which says that a cannot be not a) is necessarily and axiomatically true and inviolable. We also seem to have some basic intuitions about normativity. Even someone who believes that there are no genuinely binding norms, intuits what it would mean for there to be a binding norm and simply argues that none of our norms fit the requisite criteria to have normative force.

These and numerous other examples might be adduced to say that sometimes we do take some truths to be self-evidently true in an a priori way. Not all of our truths are empirically discovered, confirmed, or justified.

So, what if someone argues that God is immediately and intuitively known to exist. What if she argues, for example that a concept familiar to humans all over the world and throughout time despite no specific empirical manifestations must be more than a mere fiction of either faulty psychological wiring or, even less plausibly, some very clever socially influential people?

What if someone argues that the existence of God is graspable through a direct intuition inexplicable in further terms, the way we just grasp the qualitative sensible qualities of objects, or the law of non-contradiction, or what it would mean for a norm to have binding force, or the idea that every effect requires a cause, etc.?

How would you argue the existence of God must be settled with further empirical evidence?

Or if you would support this intuitionist thesis that posits that God’s reality is perceptible via direct intuition, how would you defend your insistence that you can wave away the need for other forms of evidence (or at least personally believe in a rationally justified way without them) on the grounds of direct intuition when, unlike the cases of the law of non-contradiction or mathematical truths or principles of normativity, you are dealing with a frequently denied proposition.

No one seriously doubts the law of non-contradiction but plenty of people seriously doubt the existence of God (including a vast majority of contemporary professional philosophers, who are those most trained in the question). Can a proposition be intuitively known even if does not have the universal agreement of the paradigmatic cases of knowledge by intuition?

So, these are all primer questions to help you formulate your answer to today’s open philosophical question, “How, if at all, can claims to simply intuit that there is a God be rationally refuted or supported?”

I have some ideas of my own on the topic but by directly addressing the main question or any of the primer questions I offered or by raising your own related questions or related insights, I’d like to get Your Thoughts. 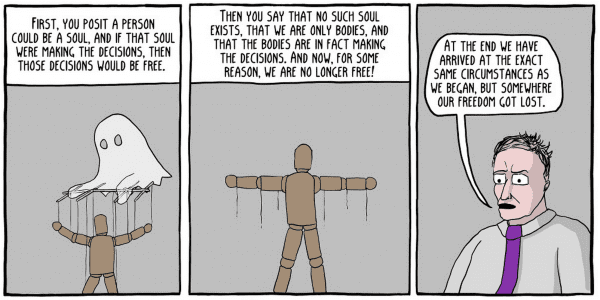 Nonreligious
A Hilarious Introduction to Metaphysics (& An Announcement...
Camels With Hammers 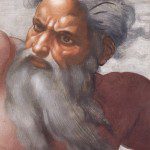