Denouncing Political Rhetoric Which Is Indistinguishable From The Manifestos Of Paranoid Madmen January 12, 2011 Daniel Fincke

Here he hits the nail on the head:

I do think it is a worthwhile goal not to conflate our political opponents with enemies, if for no other reason than to draw a better distinction between the manifestos of paranoid madmen and what passes for acceptable political and pundit speak.  You know, it would be really nice if the ramblings of crazy people didn’t in any way resemble how we actually talk to each other on TV.  Let’s at least make troubled individuals easier to spot.

What we on the left have been up in arms about (or should have been up in the arms about) has been precisely this, that this kind of tragedy looks like the kinds of nightmares that right wing rhetoric has cavalierly been threatening us with.  The fact that we even had to ask, “is this the manifestation of the threats we have been feeling every time a gun has been brought to a political rally or a Tea Partier has equated patriotism with violent revolt?”  means that we have already been terrorized by such speech.

It turns my stomach to hear Rush Limbaugh and Ross Douthat imply that the left wing wanted this.  The quick reaction to lash out at the right that many of us felt on the left was not some master plan to discredit them going into action.  We have not been rubbing our hands with glee waiting for an attack to exploit.  In my heart, for one, what I felt was the terror that an oft repeated right wing threat—one which was coming not just from crazy fringes but which was being repeatedly and hostilely megaphoned from prominent Republican candidates, elected officials, and pundits—had finally been fulfilled in a particular case.

We did not need this occasion to call that rhetoric something that had crossed the line and needed desperately to be morally condemned and stopped. It is just as wrong if it never leads to actual violence as if it does.  We had been saying this for two and a half years.  We were not waiting for a tragedy to morally condemn and make people responsible for that rhetoric.  We have been condemning it all along and it is vile and anti-democratic and worthy of denunciation wholly independently of whether actual violence ever comes to fruition.

When someone brings a gun to a political rally it is inherently felt as threatening, anti-democratic, and bullying to us on the left.  How can you debate gun control with someone who literally stands there with a gun in his hand with the implication that if you democratically restrict his rights related to guns he might turn violent?  And how is the threat of violence not to be taken from catch phrases like “if you want to take my gun come and take it” or “you will have to pry it from my cold dead hands”?  How is it not a threatening gesture when a political candidate holds a rally where his supporters can shoot an M-16 as part of their experience?  How are we, your opponents, not supposed to be put on edge when you conflate political activity with gun play?

The left wing is not simply on a quest to smear or “blood libel” the right wing.  And we are not saying that adamant political speech is to be legally restricted.  What we are saying is that threats of revolt are inherently inciteful and anti-democratic and needs to be shunned.  Confrontationally antagonizing people over their fears of guns by waving them around as political symbols and threatening to use them if you don’t get your way politically is terrorizing speech that seeks to intimidate legislators and citizens alike.

Regardless of whether both left and right act rudely or say some heinous things (and I am more than willing to attack my own side when they do—I raked poor PZ Myers, the leading atheist blogger, over the coals just for calling people idiots just days before the tragedy in the comments section to this post), the difference on the right wing is the content of right wing ideology itself and its standard tropes adopted by the movement’s leaders themselves which have taken a specifically violent content, and not just a ribald delivery.

Yes, in the broader context, we all could be violent. There are just specifically violent and authoritarian ideologies present in the current American right which do not have parallels on the current American left.  Only the Tea Party members/Republicans fetishize guns, brandish guns and Confederate flags as political rallying symbols, presume themselves to have divine authority, make hostility towards foreigners at home and abroad a litmus test of one’s moral seriousness and personal guts, call anything short of torture softness on terrorism, want to refuse the accused and the guilty any rights they can, and promote the idea that fantasies of overthrowing the government make one a “patriot”.  These are facts.

The violent leftist radicals of the ’60s who engaged in domestic terrorism, admired bloody communist regimes, and advocated for violent resistance to the US’s worst policies, have all been marginalized or gone practically extinct.  The right wing was sure scarred enough by them at the time though that the mere coincidental associations between Obama and the former, despicable, member of the Weathermen Bill Ayers was supposedly enough to brand Obama as a radical Marxist.  (Of course, Sarah Palin can probably tell us why she wasn’t “blood libeling” Obama when trying to get elected on that flimsy guilt by association.)

Well that left that promotes violence is either non-existent or totally marginalized in the Democratic party.  The present left feels bullied, threatened, and terrorized by the very non-marginalized belligerence on the right.

Last weekend looks now like a complete false alarm.  While the general gun fetishes and violence fetishes of our culture seems to have contributed to Loughner’s personality in some ways, he seems like someone who could have arisen the same day that the Columbine massacre did, long before the Tea Party.

Of course this is not every one on the right wing who thinks, talks, or engages in political discourse this way.  It may be just a sizable minority.  It’s time though that the sane people on the right demand that the fringes of their party and their ways of talking be ostracized and not rewarded within their movement.

As a conservative Christian Republican, Sarah Palin supporter, personal friend and political sparring partner of mine put it on Facebook, yesterday:

Good Christians are good citizens, no matter what country they hail from. And in those cases in which the governmental authorities attempt to trample on one’s civil and religious liberties and individual conscience, there are righteous options: appealing for a redress of grievances through “lesser magistrates” (a term coined by Calvin), or in the last resort passive resistance as has been done throughout these last days from Polycarp to Martin Luther King, Jr., etc.

Assassins operating on their own and under no rightful civil authority are not Christians, but traitors to their country and their faith.

In my opinion, this what makes the Constitution of the United States so great: the representatives of the people — at both state and federal levels — can be held accountable to the people through peaceful means, i.e., the Vote. It is a cultural relief valve that countries that are not representative republics do not have.

Now, if you will excuse me, I am going to go vote in a special election being held to elect my state representative. 🙂

For my general, constructive thoughts on how one can argue passionately and truthfully without being unnecessarily belligerent, over a week ago (before the tragedy kicked up the nation’s emotions so badly), I wrote  The Truth, The Whole Truth, And Nothing But The Truth—But With No Name Calling.  I’d appreciate your feedback. 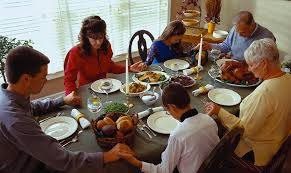 Nonreligious
Why I won’t join in Christmas prayers or...
Camels With Hammers
TRENDING AT PATHEOS Nonreligious