Is Evangelicalism Uniquely Vindictive, More Than Other, Secular Ideological Dispositions?

So I had Martin Bashir on in the background one day last week and was struck to hear Nick Broomfield (whose  new documentary Sarah Palin: You Betcha! I highlighted a couple weeks ago) directly and solely blame Sarah Palin’s vindictiveness on her religion. Outside of a handful of scathing New Atheists I don’t think I have heard anyone on a mainstream media outlet so bluntly and unqualifiedly imply that evangelicalism leads so directly to a bad character. 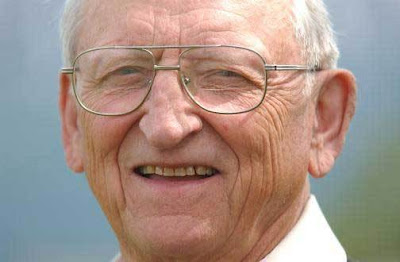 Here is some background on Bess from a profile just weeks after Palin was nominated for vice president in 2008:

A retired American Baptist minister who pastors a small congregation in nearby Palmer, Wasilla’s twin town in Alaska’s Matanuska Valley, Bess has been tangling with Palin and her fellow evangelical activists ever since she was a Wasilla City Council member in the 1990s. Recently, Bess again found himself in the spotlight with Palin, when it was reported that his 1995 book, “Pastor, I Am Gay,” was among those Palin tried to have removed from the Wasilla Public Library when she was mayor.

“She scares me,” said Bess. “She’s Jerry Falwell with a pretty face.

“At this point, people in this country don’t grasp what this person is all about. The key to understanding Sarah Palin is understanding her radical theology.”

Bess’ first run-in with Palin’s religious forces came when he decided to write his book, “Pastor, I Am Gay.” The book was the result of a theological journey that began in the 1970s when Bess was asked for guidance by a closeted homosexual in his Santa Barbara congregation. After deep reflection on the subject, Bess came to the conclusion that “gay people were not sick, nor they were special sinners.”

In his book, Bess suggests that gays have a divine mission. “Look back at the life of our Lord Jesus. He was misunderstood, deserted, unjustly accused, and cruelly killed. Yet we all confess that it was the will of God, for by his wounds we are healed … Could it be that the homosexual, obedient to the will of God, might be the church’s modern day healer-messiah?”

When it was published in 1995, Bess’ book caused an immediate storm in the Mat-Su Valley, an evangelical stronghold dotted with storefront churches. Conservative ministers targeted the book, and the only bookstore in the valley that dared to stock it — Shalom Christian Books and Gifts – soon dropped it after the owner was barraged with angry phone calls. The Frontiersman, the local newspaper that ran a column by Bess for seven years, fired him and ran a vicious cartoon that suggested even drooling child molesters would be welcomed by Bess’ church.

And after she became mayor of Wasilla, according to Bess, Sarah Palin tried to get rid of his book from the local library. Palin now denies that she wanted to censor library books, but Bess insists that his book was on a “hit list” targeted by Palin. “I’m as certain of that as I am that I’m sitting here. This is a small town, we all know each other. People in city government have confirmed to me what Sarah was trying to do.”

In Broomfield’s new documentary, Howard Bess is quoted (in the clip used on Martin Bashir’s show) as saying:

Sarah must have an enemy. There’s not a cooperative bone in her body. There’s never any compromise. She lives in a black and white world, and there’s one thing you do with someone who is wrong, who opposes you, and that is you do them in, you get rid of them, you kill ’em off. Nice lady…

In his interview with Bashir, Broomfield paints a picture of a person terrible to those closest to her and then specifically blames her evangelicalism for her vindictiveness in the sorts of unqualified terms I can’t remember hearing on TV outside of, say, Bill Maher or other explicitly New Atheist figures:

Broomfield: I think that people find it hard to believe that we couldn’t have found more positive people in Wasilla to say nice things about Sarah Palin. I tried extremely hard, I talked to her old school friends, I talked to her Republican colleagues, and they were all incredibly damning of her. And it was almost like the people who were closest to her were most condemning of all.

Bashir: Joe McGuiness says, in his characterization of Sarah Palin, at best she’s a hypocrite and at worst she’s a vindictive hypocrite.

Broomfield: She’s an evangelical Christian and I think that’s the most dangerous thing about Sarah Palin. And I think we see it also with Rick Perry and Michele Bachmann.

Bashir: But that’s to be unfair. Many evangelical Christians are not vindictive or hypocritical/vindictive.

Broomfield: Well, I think it’s “the God and the Devil”, “the good and the bad”, and she does need an enemy, as Howard Bess says. And I think that when you bring religion into politics, which is what all three of them do. You have a very, very big problem.

Bashir: So I again, I bring up the question, how would you sum up her character?

Broomfield: Vindictive. And I think the vindictiveness comes from actually being an evangelical. I think there’s that “black and white”, it’s antithetical to being in a democracy. It’s not about debate and consensus politics, it’s about one way. And it’s Sarah Palin’s way.

Bashir: “My way or the highway.”

Is Broomfield being fair here to evangelicals here when blaming Palin’s vindictiveness on her evangelicalism? Or is he saying that only politicized evangelicalism takes this form? And then would he be right or is that still unfair? What if he had said that a politician’s character flaws were the direct outflow of her atheism? How would you feel about that if you are an atheist? Do you think the substantive intellectual content of evangelicalism or evangelical politics makes it more fair to blame someone’s character flaws on their religious/political beliefs?

Does having a dualistic, “absolute good vs. absolute evil” theology inherently make it so that any politics derived therefrom is bound to be closed off from good faith engagement with perceived enemies? Or is this really a uniquely theological problem? Could secular right and left wing politics alike be accused of such dualism even though they have make no theological references? Does ideological thinking itself lead to dualistic habits of thought or is there something about evangelicalism and other explicitly dualistic theologies which in particular make them uniquely anti-democratic and demonizing towards enemies? Are Broomfield’s and Bess’s treatments of Palin themselves hypocritically vindictive?

October 1, 2011
the cRommunist's take on Race and Religion
Next Post