Here’s a guy who apparently never learned how to instill discipline in his daughter with love. He cannot reason with her or teach her healthy negotiation skills. He takes the natural process of teenage rebellion extremely personally. He cannot allow her the privacy to develop a self distinct from him. He cannot harness the 20 years or so more wisdom he should have on her to defuse her emotional outbursts in a way that turns them into constructive interactions. He can neither model adult behavior for her, nor train it into her. He cannot handle his daughter daring to mouth off about him to her friends on Facebook without feeling so embarrassed that he has to seek not only to publicly humiliate her, but to do so with a gun—fired with cathartic relish and sarcastic jokes at something she cares about and something which to him must be an avatar of her.

I admit, I’m not a psychologist. So correct me if I’m wrong and I’ll amend this post. But is it possible to destroy someone’s stuff so violently without simultaneously venting (or at least indirectly conveying) a desire to destroy that person? I’m not saying he would actually do it, but isn’t he, with full premeditation, deliberately displacing his rage towards his daughter in a way aimed at making her feel his violent feelings towards her? I guess if he doesn’t actually assault her physically (yet) that counts as a meager point for “progress”. (Like how we’ve learned it isn’t torture if there is no long term physical damage.)

This is just a symptom of the sickness of America’s self-righteous, gun-fetishizing, “throw away the key”, “blame the poor”, “torture the suspect”, “beat the spoiled children” authoritarianism. To so much of the American psyche, reason and love are not solutions. The only solutions are “last resort” bullying crackdowns of dominance and humiliation.

This man is not alone. This video got 100,327 likes and only 7,437 dislikes on YouTube because today’s pampered spoiled kids need to learn “disc’pline” and to treat their hard working parents with some respect like in “the old days”. The good taxpayers and citizens and parents of middle America have been too just too indulgent with so many ungrateful leeches and parasites. Some day it’s time to slam the prison bars shut more mercilessly, shock and awe the enemy more ruthlessly, and employ your guns more domestically.

February 11, 2012 Happy Times
Recent Comments
0 | Leave a Comment
Browse Our Archives
get the latest from
Nonreligious
Sign up for our newsletter
POPULAR AT PATHEOS Nonreligious
1

The Ongoing Catholic Scandal: What the...
Roll to Disbelieve
Related posts from Camels With Hammers 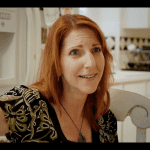