2:44 am: The real winner of the night, is rational, evidence based thinking. As the mainstream pundits kept insisting this race was too close to call and a nail biter, Nate Silver just kept making arguments based on legitimate numbers run through rational models. And the outcome so far is looking to be 100% as Silver predicted:

2:07 am: I think it’s fair to say that tonight was a big fucking deal.

1:28 am: So, I’m unclear how this works, who gives the acceptance speech, Bill Clinton or Barack Obama?

1:10 am: Here’s hoping that this column takes a chunk out of the undue credibility regularly granted to the reliably fatuous and pompous Peggy Noonan.

1:05 am: Obama wins Virginia, tops 300 in the electoral college. Who could have predicted such a blow out? I mean, besides anyone who takes math seriously.

12:52 am:: “Romney too busy having fun firing campaign staff to give concession speech.” ~ Amanda Knief

12:50 am: Just as I was worrying that Romney’s handlers never wrote him the necessary software to make him magnanimous and that this would go on all night, we now have word that he is going to concede in a few minutes.

12:29 am: As the popular vote remains in question, I am proud I took the hour to vote for Obama tonight in New York.

12:27 am:: “This is probably a good time to link to my book The Signal and the Noise: Why So Many Predictions Fail-but Some Don’t

12:18 am: Colorado and Washington have legalized possession of small amounts of marijuana. Maryland is the first state to see gay marriage win a referendum, breaking an32

12:05 pm: “‘WHAT IM TRYING TO SAY IS I RIGGED THIS FUCKING THING SO MAYBE LETS WAIT A FEW MINUTES’ – Karl Rove” ~ Jamie Kilstein

“FOX is bringing in different people to talk down Karl Rove one on one like he just lost a loved one.” ~ Jamie Kilstein

I’ll be the first to admit it. A couple weeks ago I predicted a Romney win. I predicted this largely because he played up his alpha cred in the first debate. But one photo-op on the Jersey Shore with Obama looking tough in a bomber jacket destroyed all that, which is yet another reason sane societies don’t let women get involved in government.

Instead, we are looking at four more years of skyrocketing debt, stifling regulation, and the only First Lady who could possibly be bitchy enough to make Hillary Clinton look feminine.

Ever since the primary debate when George Snuffleupagus seemingly out of nowhere asked Willard Mitt Romney about birth control (he’s Mormon, so I guess his position is “missionary”), we should have known how the leftists in the media and the Obama campaign (redundant, I know) intended to define the campaign. Because on radio ads, on TV, and on the web, the Democrats tried to make this election about a single issue:

The right to slut.

Or more precisely, the right to slut without the responsibility of consequences. The famous “gender gap” isn’t really a gap based on gender. The right overwhelmingly wins older and married women. The “gender gap” should more accurately be called the slut vote.

Let me just say how glad I am that the party that represents people like this just got rebuked tonight. And, this is as good an opportunity to remind you of two of my favorite posts I have written this year attacking such disgusting attitudes: No, You Can’t Call People Sluts and Religious Privilege and Grievance-Based Catholic Identity Politics on Full Display.

11:36 pm: Karl Rove is trying to cast doubt on Ohio so Megyn Kelly is interviewing the guys who do the projections. They’re explaining that Cuyahoga in Cleveland is still outstanding and it is so guaranteed to do so well for Obama as to go ahead with the call for Obama, despite other outstanding counties existing which will be heavy for Romney. Pretty fascinating TV.

11:28 pm: “You’ll never believe this: a guy who said half the election were parasitic leeches failed to get elected. Four more years!” – JT Eberhard

11:16 pm: I can’t tell you how much I loathed Romney’s shameless indifference to the truth, shameful contempt for the poor, and his total and complete lack of principle.

11:14 pm: NBC projects that Obama wins Ohio and the election.

11:11 pm: The Denver Post projects Colorado for Obama. All he would need then is Iowa, if that’s right. (Andrew Sullivan pointed both these things out.)

11:03 pm: Mitt Romney is the “apparent winner” in North Carolina according to MSNBC. That’s one of the few swing states Nate Silver was giving Romney.

Sarah Palin is surprisingly confused for someone who already got thumped by Barack Obama:

Van Susteren reiterated her point about there being no clear mandate, no commanding lead by one party.

“A win is a win,” Palin said, adding that she “cannot believe that the majority of Americans” would feel okay with incurring more debt, not balancing the budget and and relying on foreign energy.

“It’s a perplexing time for many of us right now,” she noted, “if things continue in this trend that we have seen earlier tonight.”

10:53 pm: The left wing blog The Daily Kos is very confident about Florida given the totals so far:

7:42 PM PT: Checkin in on bellwether counties in FL:

We’re hitting our targets, and hitting them big in Southern Florida. We’re going to win Florida.

10:52 pm:Missouri is official for Romney, as expected.

Kyrsten Sinema, who would become only our second current openly non-theistic Congressperson, has a slim lead in her race in the 9th District in Arizona.

Obama projected to win Minnesota. If he takes its neighbors (which is increasingly likely), Iowa and Ohio the race is clinched.

Massachusetts projected to approve medical marijuana. A win for humaneness and freedom and a strike against the pernicious war on drugs.

10:15 pm:  So far the big winner of the night if you ask me is Nate Silver, with his running mate, Math.

10:15 pm: Chuck Todd showing how few options Romney has left. He has to take 5 of the 6 remaining outstaning battleground states. And they’re far from locks for him.

Tammy Baldwin will be America’s first openly gay Senator. I cannot wait for Sean Penn to play her in an Oscar bait biopic.

10:06 pm: Democrat Claire McCaskill held on to her seat in the Senate against Todd Akin. Neal Pollack has insight into how this happened: “If women accidentally vote for Todd Akin, the voting machine has ways of expelling that vote.”

9:58 pm: Popular liberal firebrand Alan Grayson is winning his Orlando Congressional seat back in a landslide after having lost it in 2010.

Representative Tammy Baldwin is projected to win the Wisconsin race for U.S. Senate. She will become our first openly gay Senator.

9:50 pm: New Hampshire goes to Obama. Chris Matthews astounded as though this really was in question. The entire northeast goes to Obama.

9:44 pm: Tea party insurgent Richard Mourdock who unseated Republican Dick Lugar in the primaries is projected to lose that seat for the Republican party to Democrat Joe Donnelly.

9:41 pm: Elizabeth Warren is projected by MSNBC to win her Senate race Massachusetts.

In Massachusetts they are also voting tonight on legalizing assisted suicide. So far it is too close to call.

9:32 pm: Sherrod Brown, the Democrat in a hotly contested race, retained his seat in Ohio.

9:29 pm: Wisconsin, Pennsylvania, and Michigan each called for Obama, all as predicted. If he can simply get Iowa, Minnesota (which should be a lock), and Ohio, take the whole northeast and left coast, then it’s all over even without getting some of the west. But he’s even in good shape out there.

9:24 pm: If you want to be able to fill out your own electoral map seeing what happens in a number of different possible scenarios, go to the website 270towin. You can also use that site to see the electoral maps of every presidential election in United States history.

9:17 pm: Here we go! Official Camels With Hammers prediction before any controversial states are projected either way: Obama wins easily.

I am going to start monitoring the interwebs and the teevee for everything interesting I find. Keep checking in for updates and I hope you stay to party and share ideas, information, the thrill of victory, and the agony of defeat with fellow Camels With Hammers readers!

November 4, 2012
After My Deconversion: I Refuse To Let Christians Judge Me
Next Post 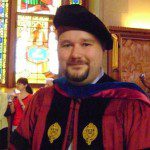 November 9, 2012 Fordham Repudiates Ann Coulter
Recent Comments
0 | Leave a Comment
Browse Our Archives
get the latest from
Nonreligious
Sign up for our newsletter
POPULAR AT PATHEOS Nonreligious
1