Before I Deconverted: I Had a Bout of Right Wing Evangelical End Times Political Paranoia

Before I Deconverted: I Had a Bout of Right Wing Evangelical End Times Political Paranoia December 10, 2012 Daniel Fincke

During the Christmas season of 1994, I was a 16 year old high school junior and a deeply religious evangelical Christian. A young Christian minister, whom I deeply admired and who had grown up in my church as a teenager when I was in elementary school, came home from the midwest to Long Island for Christmas. He showed a small home gathering of people from the church a video of a speech distributed by the Michigan Militia. My mom and I were there.

The video was riveting and chilled me. In the video we were told that the United States was being slowly but surely subsumed by the United Nations, which in a short span of time would function as the One World Government to be ruled by the Antichrist as predicted in the Book of Revelation. Already there were unmarked black United Nations helicopters ominously patrolling our American skies on behalf of the usurper institution that would in a short matter of time reveal itself as the world’s ultimate power. Already, during the Gulf War the American forces were worrisomely being forced to identify as with the United Nations rather than the United States. A proud American soldier bravely defied orders that they only refer to their U.N. role and, on camera, had pointed to the American flag on his uniform and said that this is what he was fighting for. He had been rebuked.

1995 was going to be the beginning of a great tribulation and test for the church. Cops had reported that they had been warned that they were soon going to be asked to do something that was going to upset the citizenry. They were being prepared for armed conflict if necessary. The implication was clear. They were coming for the guns of ordinary citizens. Once they disarmed the average American as Hitler had once disarmed the average German, we would all be helpless against the U.N. takeover and the beginning of the end times. Soon new technology predicted by the Book of Revelation was going to be rolled out. We were going to have chips installed in our foreheads and hands because these were heat centers amenable to the use of scanners. There was no longer going to be any real money, just these chips. And we would need to have these chips to buy food.

Within the next year to a year and a half, a civil war was nearly certainly coming. We could see all the signs of impending government overreach. But there was hope if we resisted, and there was hope that enough citizens would rise up to do so. We could stave off the U.N. takeover. We could keep our guns (though I didn’t have any or any interest in having any). We could keep our liberty. But we had to organize and be vigilant.

I was completely taken in. After the video an older, typically sour and curmudgeonly man from our church expressed his doubts. But I took that to be a function of his reflexively skeptical disposition. A couple years prior a former medium who grew up around demonic séances had visited our church and he had expressed all sorts of skepticism then too. Now, as then, I was completely and immediately convinced by the frightening story being told to me from a wholeheartedly trustworthy source.

Over the next few days, the impending period of violent conflict weighed heavy on mind and heart. I felt like Sarah Connor in Terminator 2 as I would sit in a parked car, look around me at an outwardly placid world on a sunny day, and in my mind have visions of the turmoil and destruction that would overwhelm it soon enough.

And all of us who remember the bloody American civilian uprising against the United Nations of 1995-1996 have memories seared in our minds. And all who were to young to witness it have the photographs and film footage that match my expectantly fearful imaginations of the cold and ominously sunny final days of 1994.

I knew I needed to use whatever means at my disposal to disseminate word about the conspiracies threatening to trigger the end times. Fortunately, I was already a pamphleteer of sorts. Through my church, I was the editor-in-chief and the most frequent contributor to what we euphemistically called a “journal” (which today would certainly have been a blog or a website instead). It was a somewhat ambitious little publication called The Point. It was filled with ruminations from pastors and lay Christians about all manner of theological and practical concerns. I devoted the bulk of my energies to meticulously crafting it visually, thematically, and textually every month.

So when I next met with my editor, an affable, somewhat cocky, silver haired engineer in his forties, I told him we had a major story to devote The Point to. I proceeded to tell him all about the video I had seen. With great earnestness and urgency I spelled out all the details of the conspiracy, the coming civil war, the prophecies that would be fulfilled (but which, curiously, we could prevent from being fulfilled if only we fought back).

And my editor just listened with an expression that gave nothing in particular away of what he was thinking. After I was done putting all the terrifying facts on the table, he cocked his head, squinted his eyes in puzzlement, and asked me, “So, I don’t understand. You want us to do a story on these people?”

And I paused a bit stunned. He wasn’t even hearing my terrible warning about an impending apocalypse. He was hearing me describe what were simply the preposterous paranoid delusions of people. And he had enough respect for my intelligence to simply assume that I, of course, did not believe the nonsensical propaganda I was describing having been exposed to. He was not merely skeptical of what I was saying. None of it registered as even possibly true. None of it was even in principle believable to him. It was utterly beneath believability.

And that unhesitating certainty about what was credible and what was not just pulled the scales off my eyes. I became suddenly embarrassed that I had been taken in by such foolish delusions. Fortunately for me, the far right conspiracy fever that I had gotten into my system was relatively small enough and weak enough and easily enough overcome by my abilities to build up a natural skeptical resistance, that I was that day effectively inoculated against (it seems) all such future contagions. Also fortunately for me I had encountered the kind of skeptic who could, with just a tilt of his head and expressions of utter bewilderment, make me realize that what I was believing was not just doubtable but unbelievable, for all intents and purposes.

As he stared at me, confused, waiting for an explanation, I blew off the whole story and the idea that we should publish anything about it with some sort of cover explanation for why I had brought it up.

The following May, my mom and I stopped into our hotel room in the middle of a cheery sunny day at Disney World to see horrifying news footage of a demolished federal building in Oklahoma City. It was a terrorist act by a man with ties to the Michigan Militia. We looked at each other knowingly. The young Christian minister who had exposed us to the Michigan Militia’s propaganda conspicuously stopped doing so and would go out of his way in subsequent years to stress that he was never affiliated directly with them and in fact had loyally belonged to a state run guard the whole time.

Before becoming an atheist I was a devout Evangelical Christian. I am slowly telling the story of my former life as a believer, how I came to deconvert and become an atheist, what it all meant and where I went from there personally and intellectually. Below are links to all the pieces I have written so far.

My Fundamentalist Preacher Brother, His Kids, And Me (And “What To Do About One’s Religiously Raised Nieces and Nephews”)

Before I Deconverted, I Already Believed in Equality Between the Sexes

Before I Deconverted: I Dabbled with Calvinism in College (Everyone Was Doing It)

How Evangelicals Can Be Very Hurtful Without Being Very Hateful

Before I Deconverted: My Grandfather’s Contempt

How I Deconverted, It Started With Humean Skepticism

How I Deconverted, I Became A Christian Relativist

How I Deconverted: I Made A Kierkegaardian Leap of Faith

How I Deconverted: My Closest, and Seemingly “Holiest”, Friend Came Out As Gay

How I Deconverted: My Closeted Best Friend Became A Nihilist and Turned Suicidal

How I Deconverted: Nietzsche Caused A Gestalt Shift For Me (But Didn’t Inspire “Faith”)

As I Deconverted: I Spent A Summer As A Christian Camp Counselor Fighting Back Doubts

How I Deconverted: I Ultimately Failed to Find Reality In Abstractions

A Postmortem on my Deconversion: Was it that I just didn’t love Jesus enough?

When I Deconverted: I Was Reading Nietzsche’s “Anti-Christ”, Section 50

When I Deconverted: I Had Been Devout And Was Surrounded By The Devout

When I Deconverted: Some People Felt Betrayed

When I Deconverted: My Closest Christian Philosopher Friends Remained My Closest Philosophical Brothers

When I Deconverted: I Was Not Alone

When I Deconverted: Some Anger Built Up

When I Deconverted: I Sure Could Have Used The Secular Student Alliance

After I Deconverted: I Was A Radical Skeptic, Irrationalist, And Nihilist—But Felt Liberated

After My Deconversion: I Refuse to Let Christians Judge Me

After My Deconversion: My Nietzschean Lion Stage of Liberating Indignant Rage 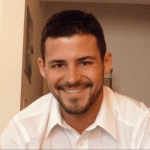 December 9, 2012
Careers for Philosophy PhDs Outside of Academia
Next Post