You Say God Didn’t Stop Yesterday’s Shootings Because We Took State Led Prayers and Religious Instruction Out of Schools?

Seriously, if you believe there really is a God and He didn’t intervene to stop yesterday’s shooting because He wanted to spite us for having a Separation of Church and State in this country, then the God you think exists is a truly rotten and despicable being. If a governor had refused to allow SWAT teams to a school with a shooter because that school was in a district that had voted against him, he would be denounced as the most rotten person in all of America. If that’s how you think your God behaves, admit it, you believe in and worship a truly petty, meanspirited, rotten, vainglorious, self-absorbed, tiny tiny little evil deity. That’s not at all to say that all theists believe in such a pathetic monster. But you do.

For those who objected to this post’s timing, I wrote a reply. 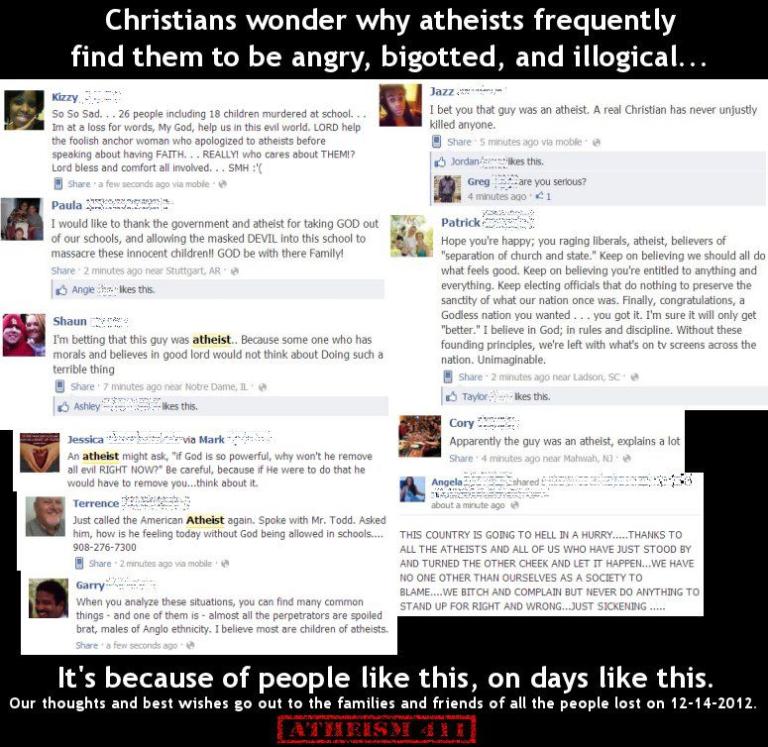 December 15, 2012
Training Students To Think For Themselves
Next Post