In Defense of the Principle of Charity and Reading Dead Philosophers Charitably July 17, 2013 Daniel Fincke

The principle of charity exhorts us to read one another’s statements and arguments in whatever ways make them the most likely to be rationally consistent, coherent, compelling, logical, and true.

Recently, several philosophy bloggers have questioned its value. Chris Hallquist argued that while it is of course important to read carefully to make sure a seemingly bad argument in fact is bad, once we have read someone carefully we should feel fully entitled to just call it as we see it and declare a bad argument bad. He also thinks that we do not need to be charitable with dead people’s arguments since charity’s benefits for avoiding flame wars, preemptively knocking out counter-replies, and avoiding unjustifiably ruining people’s lives with misrepresentations are all irrelevant concerns when dealing with the dead.

Eric Schwitzgebel argues that since abstract philosophy is very difficult, even for the greats, it is more likely sometimes that they’ve gotten tangled in their own abstract logic than that their every statement ultimately makes sense if you are just careful enough. He also gives embarrassing examples of Kant in fact applying his moral philosophy for himself and coming up with prejudicial, implausible, and unpalatable results that show that he was not necessarily good at applying his own philosophy to the world and that not everything he would say would in fact be the most rational (or good) thing to say. Schwitzgebel also argues that since writing philosophy is an act of making public what one thinks, it is unlikely that in his “secret heart” any given philosopher really meant something else that would correct for all the apparent errors on the surface.

Finally, Schwitzgebel argues that what counts as plausible, obvious, compelling, etc. is culturally variant. To reinterpret philosophers from other eras in ways that would make them sensible to us today might eviscerate the integrity of what they were actually saying in ways that essentially change them too much to even count as an explication of what they were saying.  And this potentially does us a disservice, and not only the text, because it cuts us off from the experience of learning from a genuinely distinct historical and cultural mindset which, with all its strangeness preserved in tact, might help us distance ourselves from the prejudices of our own time and place.

So, in light of all these considerations, why should we still follow the principle of charity with either our living interlocutors or dead philosophers?

The point of the principle of charity is not, as I see it, to understand what thoughts are really in some one else’s mind but rather how to make the most sense of those thoughts. All rational people are engaging with the world on some level at all times they are conscious. Their minds are filtering experiences with some degree of consistency, coherency, logic, etc. Most sifting of experience is happening well below consciousness. The brain is making countless correlating associations between words, concepts, and experiences both when we are awake and asleep. The brain guides us around the world with constant decisions, many of them not conscious, and the vast majority of them are probably shrewd (even if the big mistakes are especially noteworthy).

Our minds are imperfect of course. They are subject to certain regularly and predictably irrational biases and miscalculations. Additionally, limited information or experience can also lead to narrow or myopic takes on the world which do not incorporate nearly enough relevant details into calculations. And each of us is also socialized into a number of mistaken basic assumptions and habits of categorization.

So when people are thinking and speaking explicitly they are translating rather efficient and functional implicit systems of association into conceptual and linguistic forms. Regardless of how much a given person struggles articulating themselves with linguistic and conceptual clarity, their brains are usually pretty sophisticated and extremely well-plugged into the world and so there are often deeply logically explicable associations at work. These associations are much more interesting from a truth-seeking perspective than the errors people make in translating them into speech. We learn far less if we focus only on whether a given person has adequately made sense of their own intuitions. Insofar as we are philosophically motivated, the psychological question of what this person, even a famous philosopher, meant to say, should be less important than how the associations between concepts that they highlight might be revelatory to us.

When dealing with a great philosopher who makes extensive remarks about a great range of important issues, the interest in being charitable is not in finding out “what in his secret heart he really believed” or “how the great mind must have thought perfectly even if he articulated himself unclearly”. The point is not about figuring out actual conscious thoughts that went through the thinker’s head and would have made sense of what was actually written down if they were also written down. The point is that coming from the same unconscious bank of complex and intricately associated connections between ideas, there are logical structures at work. And they’re at work, and they’re philosophically the most valuable thing, regardless of whether the philosopher ever did or ever would have ever become aware of them or even wanted to own up to them if he saw them clearly for once.

Now there is a potential for anachronism as Schwitzgebel warns. We can often take a dead philosopher and use all sorts of conceptual insights developed since his time to fill in gaps in his own articulation. Those logical structures and associations in his thought may dovetail serendipitously closely with later developments. It is also possible that a contemporary interpreter can work out a number of creative, novel conceptual distinctions with their own logical implications that can all slot right into a gap within a thinker’s existing system and make the whole thing stronger in the most rational possible way, with the most fruitful results for contemporary philosophical understanding. If a creative philosophical expositor can do this, philosophy will benefit far more than a merely historical account of a philosopher that highlights that there are some deep, unresolved problems in the historical texts.

There is of course value to letting the cultural and historical differences of other eras influence us, especially when it is pronounced and important and to the thinker and something provocatively insightful but either lost to our own age or taboo to say in our own age. But I do not think that this is mutually incompatible with also providing contemporary versions of the old systems that are compellingly relevant to today’s philosophical endeavors.

We can be explicit about saying there are at least three valid, mutually informing but distinguishable, kinds of interpretations of a philosopher’s work, as opposed to just one. There is the charitable psychological account, i.e.,what the philosopher as a particular human with a particular history intended to say and and would have said historically were anyone to pose certain questions to him. And the charitable part of this is one assumes that he would be as logical and interesting as would be reasonable consistent with what is known about his actual thought. There is the historical account, which plays particular attention to filling in gaps in his philosophy by reference to what he most likely would have been influenced by given the other ideas existing in his time and place, however good or bad they themselves ultimately were, in the most intelligible and most likely ways. Fortunately, no matter how widely we diverge from the historical philosopher’s time and place his text itself inevitably remains intractably strange in a number of ways. So even when we are not very historical in what we say about the text, the texts remind of their historical strangeness all by themselves.

Finally, there is the charitable philosophical reading. In a charitable philosophical reading, we try to supplement what is explicitly in the texts with the best and most creative reasoning for bolstering the philosopher’s own goals and lines of thought so that they have a fighting chance in a contemporary environment such that brilliant associations are not lost to history for being so prima facie false or outdated. We should conscientiously respect the philosopher’s primary intentions but not constrain our imaginations about the possible logical implications by what thoughts historically would have flitted explicitly through their brains or not.  My dissertation was such an exercise. More is to be learned when we take the potentially logical associations that a great mind has bequeathed us and work within them to develop new, rich, coherent, consistent, logical, and reinvigorating results. In this way we let the strange historical philosopher wiith insights we may no longer be able to come up with ourselves catch up to what we have figured out and be as meaningful a contributor in a contemporary context as possible.

This is my goal when I read Nietzsche, for example. 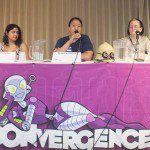