After I Deconverted: I Chose To Study Philosophy At A Jesuit University

After I Deconverted: I Chose To Study Philosophy At A Jesuit University October 21, 2013 Daniel Fincke

In the very same weeks that I was deconverting from Christianity I was applying to graduate programs in Philosophy. By the time I got accepted to Fordham and chose to go there, I was an atheist.  Why would a new atheist (and proto-“New Atheist”) go to a Jesuit university to study philosophy?

The answers were simple.

Further, I was strongly bent on studying Nietzsche since he had just powerfully impacted my whole outlook on the world, bringing me even to the point of leaving the faith that had structured not only my thought but my personal identity for my entire adolescent and young adult life. So, I wanted a school with a Nietzsche specialist. I also reasoned (in a way I later came to think was false) that the best way to study Nietzsche would be to study people who belonged to the ongoing European tradition of philosophy that followed in his wake on the Continent.

As I said, most American philosophers are what are known as “analytic philosophers”. Many of them do not engage much with 19th or 20th Century European philosophers in their work. Many of them do not even engage as a primary focus with earlier historical philosophers either. Analytic philosophers tend to look at philosophy as a contemporary field of inquiry that, like the various sciences, should be focused on contemporary formulations of philosophical problems. While they may glean the occasional insight from the classics of the philosophical tradition they typically do not expect to find cutting edge insights from centuries old philosophical texts any more than scientists expect to find them from centuries old scientific accounts of the world.

I qualify heavily with words like “many of them” and “typically” because of course there are numerous exceptions to this basic generalization. There are, for one thing, those analytics who specialize in scholarship about historical eras of philosophy. And some of them fruitfully mine the old texts for insights which are still fresh and relevant to contemporary discussions of philosophy. And some are certainly interested in 19th and 20th Century Continental Philosophy.

But typically not many philosophers at the same analytic philosophy graduate program will just happen to be specialists in the study of Continental philosophy. Perhaps one school has a Heidegger person. Another has someone who covers Hegel and someone for Foucault. Or maybe another school has a lone Nietzsche scholar.

So, ironically, I wound up too often dogmatically just refusing to even understand the philosophical systems I would study on their own terms and would instead simply dismiss all their foundational premises from the most radically skeptical perspective. I had moments of exciting clarity sometimes when I could actually get inside a way of thinking, but being a true and consistent nihilist and universal skeptic, I could not get a real grip on the world at any place to get a philosophical truth oriented. I did not want to have any assumptions except that reason was hopelessly futile for getting truth. It is really hard to make much positive philosophical headway when you really believe that that’s the case and let it determine the course of your thought in all its particular judgments. I was just a perpetual denier, who really could say nothing constructive.

The road to doing constructive philosophical work began when I got into the classroom in 2003 and began my dissertation in 2004. In the classroom, I had to explain the philosophers’ systems in a way that made sense of them to students and in doing so started to read them more charitably and to see what was compelling in their constructs. Then with my dissertation I was setting out to make sense of the internal logic of Nietzsche’s system. Even though I thought the conclusions he had to offer were that fundamentally reason is a distorting instrument for grasping a world that is in itself a chaotic, unknowable flux, I was adamant to show that such extreme positions could be rendered as internally coherent and as the most sufficiently honest and sufficiently skeptical positions to hold.

This was vitally important to me because I understood my deconversion as fundamentally morally justified by the role of my intellectual conscience and my willingness to be as scrupulously truthful in matters of belief as possible. It was a matter of urgency to me to demonstrate that while something called genuine knowledge or truth about how things “really were” was impossible, it was nonetheless possible to be maximally honest and coherent at least about this quandary we were in and that the religious moralist (as I had been) would have to, due to his moral commitment to honesty abandon faith-based beliefs as insufficiently believable.

Essentially, I was deeply concerned to retrace and justify formally and explicitly the moral and epistemological logic of my deconversion and prove it was what honesty required of me. “Spiritually” and emotionally, my deep motive was to prove I left Christianity for a moral reason, out of responsiveness to the very absolute truthfulness Christianity itself had taught me to prize. I had not left for any selfish or frivolous or evil motive. I still was strongly impelled to explain myself to Christianity. So I wanted to show to others the thought process I had found in Nietzsche that decisively ruled out believing in Christianity and, in the process, show how Nietzsche’s philosophy could make coherent sense in general.

But showing how Nietzsche could make sense eventually led me to start to see how constructive reason could generally make sense of the world and would need to be able to do so if even Nietzsche was to make sense.

Read posts in my ongoing “deconversion series” in order to learn more about my experience as a Christian, how I deconverted, what it was like for me when I deconverted, and where my life and my thoughts went after I deconverted.

Before I Deconverted: My Parents Divorced

My Fundamentalist Preacher Brother, His Kids, And Me (And “What To Do About One’s Religiously Raised Nieces and Nephews”)

Before I Deconverted, I Already Believed in Equality Between the Sexes

Before I Deconverted: I Dabbled with Calvinism in College (Everyone Was Doing It)

How Evangelicals Can Be Very Hurtful Without Being Very Hateful

Before I Deconverted: My Grandfather’s Contempt

How I Deconverted, It Started With Humean Skepticism

How I Deconverted, I Became A Christian Relativist

How I Deconverted: I Made A Kierkegaardian Leap of Faith

How I Deconverted: I Saw An Agnostic Speak At A Christian Conference

How I Deconverted: My Closest, and Seemingly “Holiest”, Friend Came Out As Gay

How I Deconverted: My Closeted Best Friend Became A Nihilist and Turned Suicidal

How I Deconverted: Nietzsche Caused A Gestalt Shift For Me (But Didn’t Inspire “Faith”)

As I Deconverted: I Spent A Summer As A Christian Camp Counselor Fighting Back Doubts

How I Deconverted: I Ultimately Failed to Find Reality In Abstractions

A Postmortem on my Deconversion: Was it that I just didn’t love Jesus enough?

When I Deconverted: I Was Reading Nietzsche’s “Anti-Christ”, Section 50

When I Deconverted: I Had Been Devout And Was Surrounded By The Devout

When I Deconverted: Some People Felt Betrayed

When I Deconverted: I Experienced Something Like A Spiritual Break Up

When I Deconverted: My Closest Christian Philosopher Friends Remained My Closest Philosophical Brothers

When I Deconverted: I Was Not Alone

When I Deconverted: Some Anger Built Up

When I Deconverted: I Sure Could Have Used The Secular Student Alliance

When I Deconverted: I Came Out To My Family

After I Deconverted: I Was A Radical Skeptic, Irrationalist, And Nihilist—But Felt Liberated

After I Deconverted: I Chose To Study Philosophy At A Jesuit University

After I Deconverted: I Was Deeply Ambivalent; What Was I to Make of Sex, Love, Alcohol, Bisexuality, Abortion, 9/11, Religious Violence, Marxism, or the Yankees?

After I Deconverted: I Refuse to Let Christians Judge Me

After I Deconverted: My Nietzschean Lion Stage of Liberating Indignant Rage

After I Deconverted: I Started Blogging 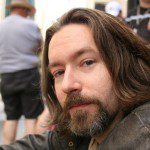 October 21, 2013 I love Wrecking Ball but hate the video (by Lance Wisely)
Recent Comments
0 | Leave a Comment
Browse Our Archives
get the latest from
Nonreligious
Sign up for our newsletter
POPULAR AT PATHEOS Nonreligious
1 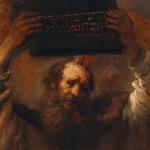 CARM Apologetics Zingers (Are Absolutely Awful)
Hi and welcome back! Recently, we talked about Beach Reach. The leaders...

Why A Redemption Arc Mattered More Than Atrocity...
Hi and welcome back! Yesterday, we talked about a romance novel by...
view all Nonreligious blogs
What Are Your Thoughts?leave a comment
Copyright 2008-2021, Patheos. All rights reserved.