Not In JT’s Backyard

Back in the olden days before I read blogs (or wrote one), I used to listen to pundits who were intellectually or morally infuriatingly wrong and get so frustrated. There would be three related feelings. First was a feeling of intense frustration that this wrongness was being broadcast or published to a mass audience, misleading them, with no one there to offer the necessary counters. This then combined with a sense of powerlessness to stop the misinformation. And there was usually a special frustration about the difficulty and complexity of the task of untangling every single wrong thing of the amazing multitude that could be packed into even the simplest of wrong statements (let alone strung together into whole paragraphs, articles, or tv segments where someone wrong could rattle on unchecked).

So that’s one of the reasons that the internet can be so gratifying. It gives room for people to thoroughly and meticulously fisk wrongheadedness point by point, which is extremely cathartic to me as a reader and as a blogger.

And that’s JT Eberhard’s specialty, what he contributes to the blogosphere of greatest consistent value. He will go through simple statements and series of statements from religious believers or anti-secularists that are ten kinds of wrong and patiently and logically explain all ten of those kinds of wrong so I don’t have to.

Now the people trying flouting the Constitution in the name of Christian entitlement are doing so in JT’s home state of Arkansas, so he and his ever articulate and passionate father, John Eberhard, are really digging in and getting on a roll. Even if you’re the kind of person who does not yourself think that it is worth it to have fights over nativity displays (alone, with no other religions also acknowledged) on governmental property, in the posts I’m linking below just look at the nature of the Christian supremacist attitudes that are defending an illegal nativity and think about what that says about how such people might treat atheists on a social level or how they might go about legislating according to their faith if ever given the power to do so.

Check out Jt’s posts and bookmark them as a primer for the next time you encounter an anti-secularist religious person crying persecution for being constrained from having the government endorse and celebrate their religion as special and supreme:

Person asking county to abide by the law should be “run out of town on a rail” by good Christians.

Father rebuts the ten arguments in defense of nativity scenes on government property.

Christian tells me of my grandfather’s deathbed conversion.

Letter to the editor from MaryAnn Remington.

Letter to the editor from Mandy Dobson.

Morning happiness: a bit of sanity from a Mountain Home Christian.

Hobby Lobby is fast becoming one...
The Freethinker
Related posts from Camels With Hammers

Nonreligious
Handy Summation of Legal Limits on Prayer at...
Camels With Hammers

Nonreligious
Are We Atheists Because We Have Terrible Fathers?
Camels With Hammers
TRENDING AT PATHEOS Nonreligious 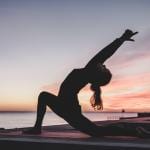 Chakras For Late-Stage Capitalism
Late-stage capitalism is the term that sums up where we are as... 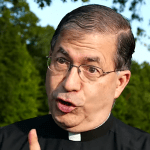 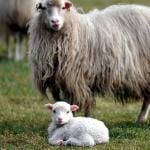 Passover Is an Awful Story -- But Humanists...
Let's begin with a story. I don't talk as much about Judaism...

Republicans Terrified of Mail-in Ballots for Elections
Republicans are making a strong push against proposals to allow people to...
view all Nonreligious blogs
What Are Your Thoughts?leave a comment
Copyright 2008-2020, Patheos. All rights reserved.