In Defense of Trying To Deconvert People

In Defense of Trying To Deconvert People June 10, 2014 Daniel Fincke

I want to deconvert people. I am not like those atheists who insist that while they want to protect the separation of church and state, guarantee the integrity of science education, or fight for social justice, they have no problem with other people’s private beliefs so long as they “hurt no one”. I am not one of those atheists who conflates trying to change someone’s mind with trying to coerce them by law to violate their religious or intellectual conscience. I do insist adamantly on people’s rights to think and choose for themselves with respect to religious and philosophical matters. But, consistent with that, I also hold that vibrant, scrupulous, vigorous, productive, non-coercive, and respectful debate about what is true and good is vital to people’s abilities to actually have informed beliefs and choices that lead to their maximum flourishing. And part of that means encouraging persuasive private sphere arguments about religion, alongside government neutrality on the question.

Now just because I want to change people’s minds through arguments does notmean I want to impose my beliefs on anyone. It troubles me that people who bully others when arguing have so damaged the reputation of philosophical argument that many automatically assume that the very endeavor of trying to persuade someone to change a belief is itself an attempt to domineer them.

I think I partially understand how this happened. The standard methods ofinculcating religious beliefs is through the indoctrination of children. Through emotional and social pressure many people wind up wedded to their religious identity, beliefs, and values with little to no objective reasoning as part of the process. The most controversially divisive theological beliefs are those alleged to be simply divinely given and must be taken on faith, with no independent means ofconfirmation or disconfirmation even offered. So, when religious people try to convert non-believers or those of other faiths, they wind up inevitably having to do something other than just make arguments. At some point they wind up just making assertions that those things they believe without sufficient evidence arejust true and insist that the unpersuaded simply believe. And they often wind up trying to resort to emotional or social manipulation where all these bald theological assertions are ineffective rationally. In bloodier times and places, they even resort to violence.

What I learn from this is that we must always be people who persuade scrupulously by reason. We must never try to push people emotionally and socially where their intellectual consciences are not ready to go. We should not verbally abuse or personally disrespect them as people. We should not corner them into conversations against their wills or refuse to let them walk away when they’re uncomfortable. We should not be elitists who overestimate our own intelligence and sweepingly assume that just because we are pretty sure we are right on this one issue that we are smarter than the average religious person.

And false theological beliefs about all these precisely matters are common. And they are, effectively, bad philosophical answers with concomitantly bad effects, even though sometimes they are only bad for individuals or their families. Religions regularly encourage bias-bolstering methods of reasoning as virtuous and baptize them “faith”. They often cling to superstitious and supernaturalistic claims that are decades or centuries out of date and which preempt (or at least encumber) philosophical updating. They are usually rife with regressive and stagnating value-formation processes that make regressive or stagnant values routine.

And a lot of us atheists who seek to deconvert are the very opposite of elitists looking down on the religious. We were religious. We challenge religious beliefs because we are pushing back against what we were ourselves misled to believe. We have every moral right to complain if we think we were lied to and harmed. We have every moral right to talk back to those we think misled us and to reach out to those who we think were misled with us. We care enough about these people as former brethren to want to share with them what we think we have learned. Werespect them enough to have the difficult conversations about the true and the good, rather than to write them off the religious as hopelessly wedded to their false beliefs or incapable of understanding any better. Those concerned with religious tolerance and with respecting religious experiences should respect us apostates when we want to speak about our experiences with our former religions. We deserve to be a part of the discussion about religion.

And we should not be silenced for so long as religious people are not at all shy about inculcating their beliefs into whatsoever minds they can get influence over. Beliefs don’t just sprout out of nowhere as personal idiosyncracies. Religious beliefs are so prevalent because religious proselytizers and teachers alike systematically engrain them into people’s heads. If we have good reasons to think that their beliefs about the most fundamental matters of existence and ethics are fundamentally askew, then we not only the moral right but have a moral duty to proactively counter them and advance our own positive alternative philosophical views.

There is nothing inherently hateful, authoritarian, or otherwise intolerant about us making our case with scrupulously rational and openminded arguments. Arguments about our most vital philosophical concerns should be celebrated, rather than stigmatized. Unsparing criticisms and denunciations should be aimed squarely at the distinguishably abusive ways of trying to change minds. It goes too far to disparage all attempts at persuasive argument about religious matters.

From December 2013-March 2013, I published four essays and a series of blog posts with Secularite, a short lived website and digital magazine producer that is now closing its doors. The writers from Secularite have graciously been given permission to republish our writing for Secularite elsewhere now that it will be defunct and inaccessible. I have already republished my “Empowerment Ethics” series written for them (which I had already arranged rights to reproduce from the start). Everyday for the course of this week, I will be reproducing my posts for the Secularite digital magazine. The post above was the first of those. 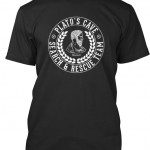 June 11, 2014 Plato's Cave: Search and Rescue
Recent Comments
0 | Leave a Comment
Browse Our Archives
get the latest from
Nonreligious
Sign up for our newsletter
POPULAR AT PATHEOS Nonreligious
1