A Scientific Measure of Spiritual Freedom 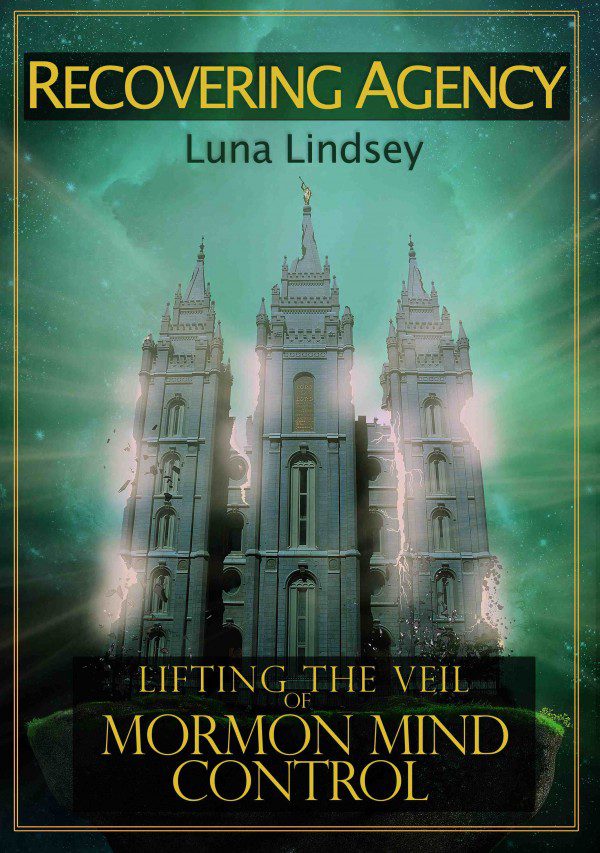 What follows is a guest post by Luna Lindsey.

This month, I’ve been called to debate members of several seemingly opposing religious groups: Mormons, ex-Mormons, atheists, and Christians. What could arouse the ire of so many? One word: cult.

. In it, I take a well-researched and scientific look at the coercive persuasion tactics employed by the Church of Jesus Christ of Latter-day Saints. Soon after the release, Mormons wrote me to say (sometimes unkindly) that their faith wasn’t a cult, not like real cults, such as Jehovah’s Witnesses. Meanwhile, Christians chimed in to insist that Mormonism is a cult, exactly like Islam. Finally, atheists and many ex-Mormons arrived to proclaim that all religions are cults.

No matter the faith (or lack thereof), all rallied around a similar confusion over what it means to be part of a cult.

Mainline Christians often dismiss “every religion that isn’t us” as cults. But cult leaders also teach that other faiths are invalid. Such claims are at the heart of mind control techniques that scientists call “Sacred Science” and “Us-Vs-Them Thinking.” This understanding of cults isn’t very helpful, and in fact, being overly certain of your leader’s spiritual monopoly could actually indicate that you are being manipulated by those you trust.

Mormons (and those from other smaller religions) might compare their own group with another that they consider “weirder” or more controlling. This happens when Mormons and Jehovah’s Witnesses compare themselves to Moonies and Scientologists. Some comparisons might even be true, but a cult does not have to be extreme to be effective. High control groups have more in common than they have in difference.

Lastly, atheists often use the word “cult” to describe any group that has faith in spiritual forces. But secular cults also exist, and many have prospered by exploiting the belief that being a skeptic makes a person immune to group mind control. Secular cults have even taught that faith in God is immoral: examples include totalist states like North Korea and the former USSR. Other groups don’t mention God at all: these include commercial, political, and psychological cults.

But if a cult isn’t defined by faith or unusual doctrines, then where is the line? How does science define a cult?

The answer is something that everyone ought to know, because ignorance of basic manipulation techniques allows cults of every tradition to operate in the open.

Scientists have been studying cults and institutional mind control since the 1950s. Over the course of decades these experts have described the set of characteristics that precisely outline what is and is not a cult. Their definition has nothing to do with whether you believe in God or which scriptures you follow. Rather, what matters is whether the group’s beliefs are used to control people.

Most groups have rules surrounding behavior during group activities, but cults go further than that. Does your group have rules governing your behavior, your choices, and your thoughts, even while you’re away from the church or meetinghouse? Do the rules govern clothing, diet, relationships and sex, reading material and media consumption, and what kind of friends you have? Are certain emotions and thoughts considered evil, and are you given exercises to help purify your actions and thoughts? Are individuals vilified simply because they are not a member of your sect? If you break the rules, how open can you be about it around your fellow members? Are members within your group vilified, overtly or subtly, for not being pure or worthy enough? And how are apostates treated? Those who leave the group, are they shunned or demonized?

Scientists also consider how tolerant the group’s ideology is to variation in thought. Does the group claim a monopoly on truth? Is there a focus on unanimity of opinion and belief, especially about core doctrines? Is obedience to leaders (sometimes as proxies or messengers for God) regularly emphasized? To what degree is doubt and critical expression suppressed? How transparent is the organization about their finances, deeper beliefs, and past mistakes?

Another sign of ideological totalism is how members react to having their beliefs challenged or criticized. When confronted, cult members can become oddly aggressive. A common response involves projection, in which a cult member ascribes their own fears or faults to someone else. Often this means accusing the person who disagrees of being controlled by sin or evil spirits, or even of being brainwashed.

These accusations might seem like a simplistic defense mechanism, but they actually indicate the dependent mindset of a person immersed in a high-demand group. Cult members come from a frame of strict external control, so they can’t fathom what freedom tastes like. They don’t comprehend how a non-controlling group operates, or how a person could wander through life, quite comfortably, without a group identity at all. Their unconscious assumption is that someone is directing your daily choices the way their leader directs theirs. If you’re not following the Prophet (or Guru or Elder), then you must be in bondage to Satan, enslaved to your friends, or under the sway of an Imam, Pastor, or Rabbi.

Another mark of a cult is the belief that truth proceeds from authority rather than from evidence. Sustaining this belief is essential because the cult leader’s claims are frequently at odds with known facts. Rather than being bothered to resolve these contradictions, cults negate inconvenient discoveries. They do this by telling members that scientists are merely parroting their own leaders, just like everyone else. This claim resonates with cultists, who can’t imagine a group where dissenting opinions are invited and regularly expressed. Cult members don’t appreciate the difference between science and dogma because they can’t fathom a group in which it would be okay to openly criticize authority, or they imagine that such groups are, by nature, chaotic and contentious. The idea that critique, dissent, and requirements for evidence are held as ideals is beyond them. Not because they aren’t smart, but because they are following their own, opposite values.

For cult members, the concept of following yourself is completely foreign. There is no such thing as a spiritual or moral path which involves habitual self-examination and critical thinking about all aspects of the world. Those who feel most comfortable walking through life with no group or leader must be seeking. If you haven’t found a religious home, you must want one. But as Tolkien said, “Not all those who wander are lost.”

Religion can, and does, exist without rigid ideological totalism. Christians can be very open and accepting of others. So can members and sects of other major religions. Even Mormons can hold their faith while breaking away from the herd. As a spiritual atheist, I feel comfortable around these flexible believers. It is easy, in turn, to tolerate their beliefs, because they aren’t trying to convince me that they have found the only true way.

Outside of the cult, it is possible to disagree with someone and still accept who they are. It is possible to discuss differing beliefs without arguing and without applying social pressure to force change. It is possible to accept that each person has her own path to walk and her own traditions that speak to her heart, even when it doesn’t speak to the hearts of others. As long as you aren’t hurting anyone, and aren’t trying to convert me, I will gladly celebrate the fact that you have found your own path, and welcome you to celebrate that I have found mine.

Tolerance is a value which is incompatible with cult groupthink. Unconditional love is more than love-bombing a new convert. The more you accept others for who they really are (not just who you want them to be), the less controlled you are. That is the best measure of spiritual freedom.

This was a guest post by Luna Lindsey. She was born Mormon and left the faith at age 26. Her recent book Recovering Agency: Lifting the Veil of Mormon Mind Control is available in print and ebook. Today she also published a piece on No Longer Quivering called “A Woman’s Place is on the Pedestal”. Her home blog is at lunalindsey.com and her Twitter handle is @lunalindsey. She writes about psychology, culture, autism, and sci-fi and fantasy. M. Dolon Hickmon wrote a most enticing review of Recovering Agency in The Freethinker, that I recommend you check out.

Unless otherwise noted, Camels With Hammers guest posts are not subject to editing for either content or style beyond minor corrections, so guest contributors speak for themselves and not for me (Daniel Fincke). To be considered at all, posts must conform to The Camels With Hammers Civility Pledge and I must see enough intellectual merit in their opinions to choose to publish them, but no further endorsement is implied. If you would like to submit an article for consideration because you think it would be in keeping with the interests or general philosophy of this blog, please write me at camelswithhammers@gmail.com.

August 13, 2014
Discrimination Against Atheist Invocations by Local Legislatures
Next Post

Intentional Ministries: When Congregations Are Pastors'...
Roll to Disbelieve
Related posts from Camels With Hammers

Nonreligious
Are Religions Unfair to Women?
Camels With Hammers

Nonreligious
What to Make of our Natural Dispositions to...
Camels With Hammers
TRENDING AT PATHEOS Nonreligious