Beyond Religion To Philosophy

Since I began teaching interactive online videoconference philosophy classes of my own in January 2013, year round I have offered a popular class called Philosophy for Atheists. That class is meant to give atheists an introduction to philosophy, a history of philosophy, and a counter-apologetics oriented philosophy of religion class all rolled into one. It’s for atheists who not only want to learn philosophy but to be better equipped for dealing with their conflicts over religion with their families.

But there have been two groups of people who have asked me for a class for them. Religious people who are interested in a straight up Introduction to Philosophy class that’s more hospitable to them and atheists who are tired of religion and want to move on already to a rational inquiry of philosophical issues without looking back over their shoulders at what they don’t believe.

And so this fall I’m launching two complementary classes, either of which (or both) should amply meet these students’ wishes.

Essentially, there are three broad ways to introduce people to philosophy. You can either introduce the subject topically, historically, or in a hybrid way. I have decided to do the first two kinds of introductory classes.

This veritable philosophical sampler platter of a class will kick off the first time in September, but, if need be, you can join in any week thereafter, and cycle through to get a full course’s worth of topics no matter when you start participating with us. Since each week is a different topic, no knowledge of previous week’s topics will be necessary to know what’s going on. Below are the current times you can self-register for (and we’ll start meeting the first week of September). There is no college credit whatsoever for these classes.

The complementary historical introductory class I’m also offering is History of Philosophy. In the past I did a class reading great philosophical works throughout the history of philosophy. That took a long time and we only made it as far as the 1700s. This fall, I want to do a more general overview that successfully surveys Western Philosophy all the way from ancient Greece to the present day in roughly the equivalent of a college semester. This will be my one class a little heavier on lecturing from me as there will be a high information content per class period. There will still be room for students to personally chew on the great philosophical schools’ ideas as we go over.

This class will kick off either in September or as soon as there are students signed up for either or both of the following times:

For more information on how classes run see the FAQ. Price information is in the chart below. Below the chart find the banners for information on three more classes I offer which have little to do with religion, Ethics, Social and Political Philosophy, and Philosophy of Mind and Language.

August 29, 2014 Follow Your Arrow
Recent Comments
0 | Leave a Comment
Browse Our Archives
get the latest from
Nonreligious
Sign up for our newsletter
POPULAR AT PATHEOS Nonreligious
1

Nonreligious
How Should We Conceive of Morality, Science, Love,...
Camels With Hammers 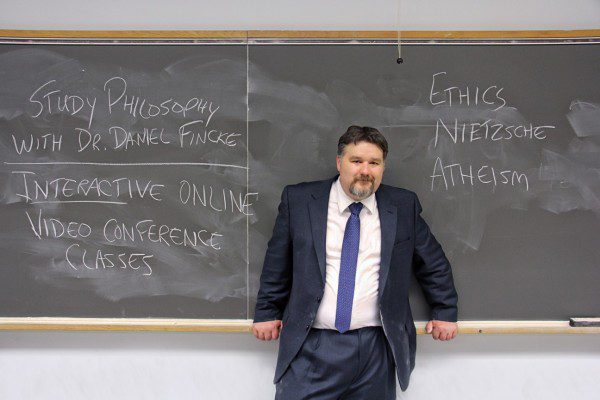 Nonreligious
Should Atheist Parents Set Out To Raise Atheists?
Camels With Hammers
TRENDING AT PATHEOS Nonreligious