The following is a guest post by M Dolon Hickmon

September 4, 2014 – The Tennessee Supreme Court will hear arguments today in the case of Jacqueline Crank, an East Tennessee woman sentenced to 11 months, 29 days of unsupervised probation after being convicted of child neglect in the 2002 cancer death her 15-year-old daughter, Jessica. Those charges stemmed from Crank’s decision to rely solely on prayer to treat a basketball-sized tumor on her daughter’s shoulder. Crank initially sought treatment at a walk-in clinic but failed to follow up on medical personnel’s advice. Instead, Ms. Crank acted on the counsel of Ariel Ben Sherman, a ‘minister’ of the Universal Life Church—a quasi-religious denomination that offers ‘ordination’ to anyone who completes an online form. Reports state that prior to the girl’s death Sherman lived with Jacqueline Crank and acted as a ‘spiritual father’ to Crank’s daughter Jessica.

Crank and Sherman had each initially faced felony charges of child abuse and neglect. However, in 2012 Frank Harvey, Assistant District Attorney for the 9th Judicial District, told reporters that felony charges had to be abandoned because the state could not prove that the girl would have survived if she’d received modern medical treatment. Crank and Sherman were later convicted of misdemeanor child neglect.

On September 26, 2013, Jacqueline Crank’s conviction was upheld by the Tennessee Court of Criminal Appeals, prompting her attorneys to petition the Tennessee Supreme Court. In their court filing, the defendant’s attorneys contend that among other constitutional problems, Tennessee law regarding religious medical neglect is unconstitutionally vague. The court will begin hearing arguments on Thursday, September 04, 2014

On the forefront of the issue is Linda Martin, an Idaho native who has become an unlikely campaigner for children’s rights. Martin grew up among a tiny sect that calls itself the Followers of Christ. Last November, Martin led reporters to the Peaceful Valley Cemetery, situated on a lonely hilltop just outside of Boise, Idaho. There, cameras documented rows of ill-tended funeral markers, many carved with the names and fleeting spans of babies, toddlers and even teenagers.

“A quarter of the graves in that cemetery are of children,” Martin said — a shocking figure in an era when most deaths result from diseases of old age.

Denied medical attention because of their parents’ religious beliefs, children of the Followers have suffered painful deaths. Micah Taylor Eells lived only four days before dying of what was, according to the autopsy, “likely an intestinal blockage.” Arrian Jade Granden, 15, contracted food poisoning and vomited for three days before her esophagus ruptured; she fell into cardiac arrest and later died.

Others perished from pneumonia, including 2-year-old Preston Bowers and 14-year-old Rockwell Sevy. For weeks, Sevy grew weaker, his breath rattling as a chest cold progressed to pneumonia. In the end, his mother held him in her lap while he fought for his last gasp.

Dr. Charles Garrison autopsied the body of a Follower’s 16-year-old daughter. After a lengthy battle with a pelvic bone infection, she, too, succumbed to pneumonia. “If you’ve ever been in a situation where you can’t breathe, it’s pretty desperate,” Dr. Garrison told reporters. “You’re drowning in your own fluids.”

In each of these cases, a responsible adult waited nearby, deliberately fending off antibiotics and other medical treatments that would almost certainly have snatched these children out of the fire. For most Idahoans, such failures to act would constitute criminal behavior, but due to Idaho’s legal loophole, a parent who “chooses for his child treatment by prayer or spiritual means alone” is immune from prosecution.

In Tennessee, Jacqueline Crank’s attorneys have argued that the state’s religious exemption flops on the constitutional requirement for due process by “failing to provide parents fair notice of the point at which reliance on spiritual treatment becomes criminally culpable.” According to the same briefing, other states, including Arkansas and Colorado, have remedied the problem by “specifying that reliance on religious healing is permitted up to the point that the child’s life may be threatened or the child could suffer permanent physical damage if conventional medical care is withheld.”

But while Crank’s attorneys are asking the state’s Supreme Court to overturn her conviction, in Idaho, prosecutors have long since determined that such charges cannot even be brought.

In 2014, Rep. John Gannon, D-Boise, introduced House Bill 458, which would have amended existing laws “to provide that the exemption for treatment by prayer shall not apply when a child’s medical condition has caused death or disability.” Gannon’s proposal, which would bring Idaho statutes into line with laws from other states that have withstood constitutional challenges, was supported by The Idaho Prosecuting Attorneys Association, the Idaho Pediatrics Association, CHILD (Children’s Healthcare is a Legal Duty), The Interfaith Alliance, and the Child Friendly Faith Project; however, it faced considerable opposition from conservative politicians and the religious right.

Among those who opposed was Rep. Christy Perry, R-Nampa. “[F]or them, eternity hinges on it,” Perry said in an interview. “It’s really hard to ask somebody to give up your eternity to fill a statute.”

Rep. Gannon had a different perspective: “This is basically a child’s right to live to adulthood.”

On February 26, House Speaker Scott Bedke announced through a surrogate that the proposed change would not be debated. No reason was provided, but media outlets suggested that lawmakers may have “feared an emotionally charged hearing pitting religious freedom against values like child welfare.”

Said Linda Martin: “It’s an election year and lawmakers didn’t want voters to hear them arguing in favor of parents’ right to let their children die. Rather than telling the public what they stand for, politicians want to sweep this issue under the rug.”

But Martin is not giving up her battle for change. Her Facebook group, called “Silent Cries: The Faces of Religious Abuse,” has attracted hundreds of members, and Martin intends to keep up the pressure on her state lawmakers. “I am communicating regularly with state representatives, and our proposed bill for the 2015 Idaho legislative session is being discussed in Idaho.

“This is not an issue of religion versus atheism, democrats versus republicans, or conservative versus liberal. It is simply protecting children from child abuse, needless death and permanent preventable disabilities until they are able to make religious and medical decisions for themselves.”

Martin is asking the public to get involved by signing an online petition at change.org.

Writer and activist M. Dolon Hickmon writes on the intersections of faith and abuse in articles around the web and in his critically acclaimed novel 13:24 – A Story of Faith and Obsession

September 3, 2014
How My Personal Sexual Evolution Makes Me Loathe Slut Shaming and Victim Blaming
Next Post

Nonreligious
"The horrific beatings didn’t begin until my parents...
Camels With Hammers 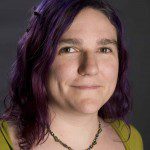 Nonreligious
A Scientific Measure of Spiritual Freedom
Camels With Hammers