If You Claim God Is Necessary For Morality, Don’t Bring Up Pedophiles

If You Claim God Is Necessary For Morality, Don’t Bring Up Pedophiles December 18, 2014 Daniel Fincke 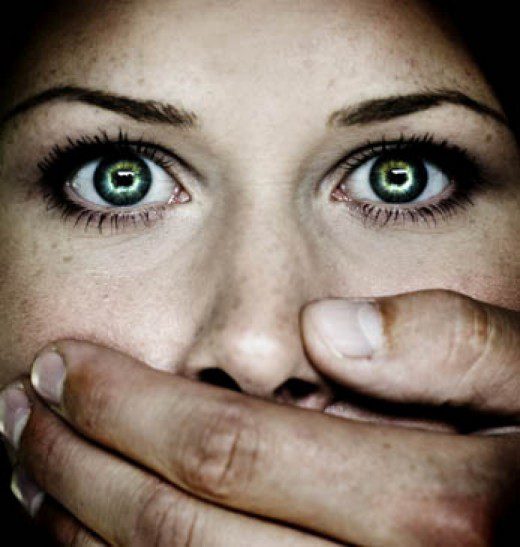 This is a crosspost from guest contributor Martin Hughes.

TRIGGER WARNING: IN THE CONTEXT OF A RESPONSE TO COMMON CHRISTIAN APOLOGETICS, THIS POST DISCUSSES THE BIBLE’S STANCE ON THE SENSITIVE TOPICS OF CHILD SEXUAL ABUSE AND RAPE.

For some reason, in almost every discussion I’ve had about morality with a Christian, I’m asked, “So, what do you say about pedophiles? Can you say that pedophilia is wrong without God?” And the question is asked by some fairly smart apologetics guys, too, sometimes.

I find the question strange, because it’s really clear, to me, that pedophilia is the very, very, very worst example of morality that a Christian can use in their argument.  We modern-day humans saw that people under a certain age weren’t really consenting to the emotional turmoil that was in store when older people had their way with them, so we said, “OK, this shit’s gotta stop” and made laws about it. The guy a bunch of desert dwellers made up called “God” was…well…pretty silent about the topic.

First, pedophilia is a disorder, not a crime. There are some adults who can’t help liking children, and it’s not their fault. So, in a sense, God has clearly endorsed pedophilia due to the fact that it’s kinda His fault for making people who have it.

Second, look it up in your Bible. There is no minimum age at which two people can have sex anywhere in the Bible. It doesn’t exist. We modern-day humans saw that people under a certain age weren’t really consenting to the emotional turmoil that was in store when older people had their way with them, so we said, “OK, this shit’s gotta stop” and made laws about it. WE did that — the Bible didn’t have jack-squat to do with it. ‘Cause it ain’t in there.

The typical Christian rebuttal to this is that the Bible DID have something to do with it, because it discourages people from having sex before they get married.

Which is true. It does discourage people from having sex before they get married, and while they’re married. Well…sorta. But the thing is…marriage was about claiming a woman as property, not really about keeping men from raping people. Lemme explain.

If a woman married a man, under Old Testament law, she was his property. So if she went out making sweet love to any other guy than her husband (whether the guy was married or single), she was put to death, along with the guy she had sex with, because both of them failed to realize that she was her husband’s property.

But what happened if a man married a woman and had sex with a single woman who wasn’t his wife? Well, the single woman was the father’s property. So, according to Exodus 22:16-17 the married/unmarried guy who had sex with her had to pay the father a bride-price and marry her. And if the father said no — he just paid the bride price without marrying her.

So, to make this practical — if the guy was a rich 50 year old, and the girl was 7, and he had sex with her, he’d go to the father and say, “Hey, I had sex with your 7 year old. Here’s the dowry rate — can I marry her?” At which point the father could say “Sure,” and they’d get married under the rather male-centric laws of the Old Testament. Or he could say, “Nah,” at which point the guy would just pay up whatever the going rate for having sex with a virgin was at the time and, perhaps, choose a 6 year old as his next conquest.

If he raped the poor 7 year old, did anything different happen? Well…according to Deuteronomy 22:28-29, he would “have” to marry her for 50 shekels of silver — which wouldn’t have been that much for a rich man like, say, Solomon (who had hundreds of wives and hundreds of concubines he just had sex with for the hell of it…any bets on how old the youngest one was?). And this was all legal.

But what if the girl had no father?

For example — what if, say, the Israelites just totally wiped out an entire people group — men, non-virgin women, and all boys — and only kept the virgin girls (of all ages, mind you) alive, and were told by their leader, Moses, that they could keep them “for themselves” (whatever the hell that meant)? (Yes, this actually happened) 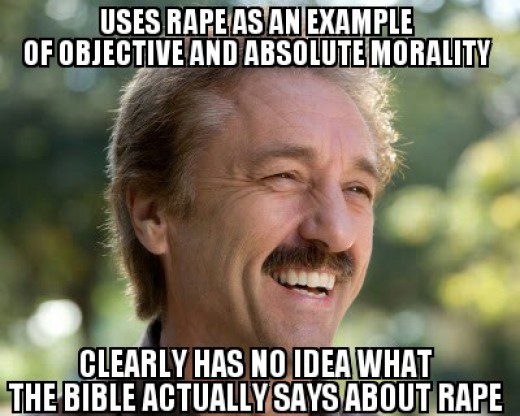 Well, the Bible is silent on what you would do if you found one of the five year old girls attractive and had your way with them after killing her father, save that you may “have” to marry her afterwards if it was deemed rape. Call me crazy, but I doubt, in spite of disturbing discussions I’ve had with Christians, that a child raped by a man who killed her father would want to marry her rapist.

Usually here, Christians will claim that this is all in the past, and was somehow the best law God could come up with in that culture (nevermind that the Assyrians, whose law preceded that of the Isrealites, were a bit more severe where rape was concerned). OK, sure — that’s exactly our point.

The Old Testament had barbaric laws that may have been the best they could have come up with then to make everyone there as happy as they could based on what they knew.

Now we know more, and our morality has changed. So we’ve rejected what “God” told us about morality, and figured we could do a whole lot better. That has nothing to do with God (the law still says the same thing about rich pedophiles desirous of a harem), and everything to do with us not needing some supernatural being who doesn’t exist to rid ourselves of primitive, misogynistic nonsense.

In short, the common-sense sentiment that there should be laws against sleeping with underage minors is an awesome argument AGAINST using the Bible’s God for morality.

Which is why I appreciate it when Christians bring it up these days. I mean, what the Bible says and omits about it is crude and terrible, don’t get me wrong…but that’s the very reason we need to stop giving a shit about what the Bible says about sleeping with underaged children — and, by extension, morality in general — in the first place.

This was a guest post by Martin Hughes. Unless otherwise noted, Camels With Hammers guest posts are not subject to editing for either content or style beyond minor corrections, so guest contributors speak for themselves and not for me (Daniel Fincke). To be considered at all, posts must conform to The Camels With Hammers Civility Pledge and I must see enough intellectual merit in their opinions to choose to publish them, but no further endorsement is implied. If you would like to submit an article for consideration because you think it would be in keeping with the interests or general philosophy of this blog, please write me at camelswithhammers@gmail.com.

Related from Camels With Hammers: Empowerment Ethics: How Can Atheists Condemn Rape Without Moral Absolutism? and Why Progressive Interpretations Of The Old Testament Still Do Not Justify Its God Morally

December 20, 2014 Why This Atheist Thinks Christians Should Fear Hell
Recent Comments
0 | Leave a Comment
Browse Our Archives
get the latest from
Nonreligious
Sign up for our newsletter
POPULAR AT PATHEOS Nonreligious
1