Why is Eric Garner’s Unjust Death the Black American’s Problem?

Patheos Explore the world's faith through different perspectives on religion and spirituality! Patheos has the views of the prevalent religions and spiritualities of the world.
The following essay is by Martin Hughes, a Camels With Hammers guest contributor. The essay was originally published under the same title on HubPages and is reprinted with Martin’s permission.

Between me and the other world there is ever an unasked question: unasked by some through feelings of delicacy; by others through the difficulty of rightly framing it. All, nevertheless, flutter round it. They approach me in a half-hesitant sort of way, eye me curiously or compassionately, and then, instead of saying directly, How does it feel to be a problem? they say, I know an excellent colored man in my town; or, I fought at Mechanicsville; or, Do not these Southern outrages make your blood boil? At these I smile, or am interested, or reduce the boiling to a simmer, as the occasion may require. To the real question, How does it feel to be a problem? I answer seldom a word. And yet, being a problem is a strange experience… — W.E.B. DuBois

You know…sometimes I wonder why incidents like the Trayvon Martin case, the Michael Brown tragedy, and the Eric Garner injustice are supposed to be the black person’s problem. It seems as if it’s up to us to demonstrate and try to convince white people to change things — being on our best behavior to keep white people on our side. When black individuals riot, white people often seem to remark, “There goes those blacks — don’t they know that if they don’t stay on their best behavior, white people aren’t going to listen to them?”

It’s demeaning, in a way. To an extent I oblige; I’ve pulled out common sense statistics proving that black individuals are discriminated against in almost every area of society — from law enforcement, to the justice system, to job employment, to evaluation of job performance, to relationships — and I eventually convince most white individuals. I mean, the evidence is overwhelming. And that’s what’s so humiliating. We need to prove through demonstrations and arguments how oppressed we are to white people so they will listen, but this practice of proving that you’re treated as an inferior in America — it does something to you.

When a black person talks about privilege, it makes sense — like, it hurts — but they’re going through the same thing. When a white person recognizes it, it’s good that they acknowledge it exists, but it’s almost as if they’re making it clear that they’re treated better and are more wanted in this country. And that can make your existence feel embarrassing. It makes you feel like maybe you don’t belong, like you’re a nuisance, like you’re bothering white people who would be perfectly happy if you didn’t make such a big noise with your petty concerns. And the white people who help you — you like it, you need it, don’t get me wrong, but there is the constant inquiry of the question you have to answer: “How does it feel to be problem?”

Most people don’t realize that the image of black men in this country that we have today was carefully crafted through speeches, books, plays, articles, “scientific” studies, and news that catered to a stereotype and that were marketed by white people to sold-out white crowds in America from the 17th century, to the 18th century (when Jefferson basically described, to a T, the current stereotype of the black “thug” with the slaves he owned), through the 19th century (often with propagandists in the North as the worst offenders), through the 20th century, to today. Strictly historically speaking, black people did not invent this image. White people did, and did their utmost to disallow blacks personhood unless they embraced it, and this is still happening today.

Take, for instance, the typical quote (below, with my emphases) from the 18th century from Thomas Jefferson in Notes on the State of Virginia (1785) , which strikingly mirrors the stereotype of the black “thug” today:

They have less hair on the face and body. They secrete less by the kidnies, and more by the glands of the skin, which gives them a very strong and disagreeable odour….They seem to require less sleep. A black, after hard labour through the day, will be induced by the slightest amusements to sit up till midnight, or later, though knowing he must be out with the first dawn of the morning. They are at least as brave, and more adventuresome. But this may perhaps proceed from a want of forethought, which prevents their seeing a danger till it be present….They are more ardent after their female: but love seems with them to be more an eager desire, than a tender delicate mixture of sentiment and sensation. Their griefs are transient. Those numberless afflictions, which render it doubtful whether heaven has given life to us in mercy or in wrath, are less felt, and sooner forgotten with them. In general, their existence appears to participate more of sensation than reflection….in memory they are equal to the whites; in reason much inferior….Among the blacks is misery enough, God knows, but no poetry. Love is the peculiar strum of the poet. Their love is ardent, but it kindles the senses only, not the imagination. Religion indeed has produced a Phyllis Wheately; but it could not produce a poet. The compositions published under her name are below the dignity of criticism…. I advance it therefore as a suspicion only, that the blacks, whether originally a distinct race, or made distinct by time and circumstances, are inferior to the whites in the endowments both of body and mind. It is not against experience to suppose, that different species of the same genus, or varieties of the same species, may possess different qualifications. Will not a lover of natural history then, one who views the gradations in all the races of animals with the eye of philosophy, excuse an effort to keep those in the department of man as distinct as nature has formed them? This unfortunate difference of colour, and perhaps of faculty, is a powerful obstacle to the emancipation of these people. Many of their advocates, while they wish to vindicate the liberty of human nature, are anxious also to preserve its dignity and beauty. Some of these, embarrassed by the question ‘What further is to be done with them?’ join themselves in opposition with those who are actuated by sordid avarice only. Among the Romans emancipation required but one effort. The slave, when made free, might mix with, without staining the blood of his master. But with us a second is necessary, unknown to history. When freed, he is to be removed beyond the reach of mixture.

And the question white America has refused, for hundreds of years, to ask is, “Why did we need this stereotype of black men? Why DO we need it? What does that say about us, about our own insecurities, fears, and desires?”

Instead, the question it asks (with the preface “I’m not racist, but”) is, “Why are black men so perfectly fitting our stereotype? Why do they seem to feel that obligation? What does that say about what’s wrong with them?”

The same question they’ve been asking since, as John Rolfe put it when they came to Jamestown in 1619, the first “20 Neggers” were sold in America.

I know — many people I talk to say, “Don’t talk about white people that way — I didn’t enslave anyone or segregate anyone. That’s reverse racism.” Yeah — but when stuff like Trayvon Martin, Michael Brown, and Eric Garner happens, who do you expect to be out in the street, humiliatingly on their knees on the gravel pavement, asking the cold eyes of white justice to shed a tear? Black people.

But we didn’t enslave anybody, either. We didn’t segregate anyone. We didn’t commit these injustices. And yet we’re out here, protesting because we care about justice in America.

It’s bloody exhausting. And the truth is that nothing is going to change until the majority in America starts caring, stops looking to black people to prove that there is a problem it already knows exists, and works to change things itself. If you say it’s everyone’s problem, and not something that is race-specific, then treat it that way.

That’s why I’m tired of black people being treated like they brought this on themselves and are thus responsible for the injustices they have suffered, so that they are expected to pick themselves up. No — history indicates that the only reason we got THIS far is because black people worked hard to convince white people to care about the things white people were doing to them. We’re not the ones dragging our feet. We’ve pushed a long way over the past 400 years. And maybe some of us are tired dragging behind dead weight. Maybe some people need to clean up the mess they made on the fabric of our lives, instead of staring at us rubbing the spot.

I’ve thought about it over and over the last few days; I’ve been reading and thinking and figuring. And no matter what we do — if white people keep, for the most part, seeing this as a black person’s problem and see black people as the problem, all while denying race has anything to do with it, nothing is going to change.

Those are my thoughts. This is part of why, in recent marches, I didn’t join. It would make me a tad angry that there are mostly black people there, trying to clean up a mess that neither they nor most of their ancestors over the past two hundred years had any responsibility for. And if you’re not out there marching yourself, you’ve lost the right to shame me. The way I see it, the black/white ratio of those demonstrations is way too disproportionate, already.

This was a guest post by Martin Hughes. It was a reprint with permission from Martin Hughes’s Hub Pages blog “Barrier Breaker”.  Unless otherwise noted, Camels With Hammers guest posts are not subject to editing for either content or style beyond minor corrections, so guest contributors speak for themselves and not for me (Daniel Fincke). To be considered at all, posts must conform to The Camels With Hammers Civility Pledge and I must see enough intellectual merit in their opinions to choose to publish them, but no further endorsement is implied. If you would like to submit an article for consideration because you think it would be in keeping with the interests or general philosophy of this blog, please write me at camelswithhammers@gmail.com. 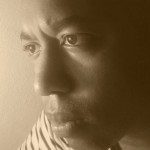 December 11, 2014
Welcome Martin Hughes to Camels With Hammers
Next Post 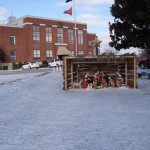