The Collar That Choked Open Hearts

This following is a guest post by Pat Green, cross-posted with permission from his blog Night Moves: Diary of a Chicago Area Cabbie ex-Preacher Man. 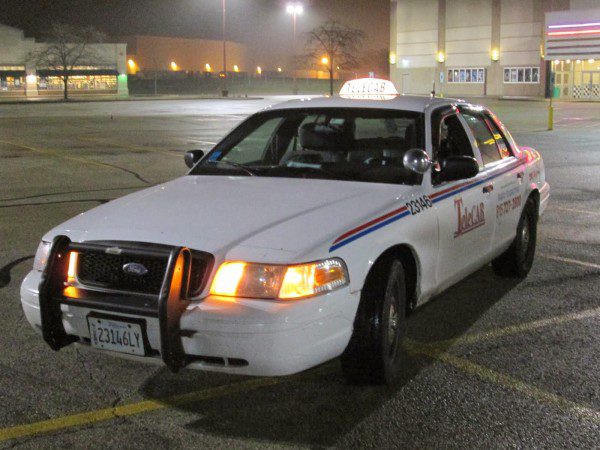 When I first started driving a taxi I was still an ordained minister. The church was a mere remnant of what it once was, but I was still active in my denomination’s committees and the youth outreach was still running. What was left of me as a minister was still trying desperately to continue on. Before my shifts I would stop off at our chapel and pray the daily offices by myself and even serve communion. I would tell the other ministers in my denomination about my adventures in our private Facebook page.

There was excitement about the possibilities in the night for this job to be a ministry. I was starting to see the fractures and the absence of the church where I felt it needed to be. I was trying to explain to them the needs and the failures. How I perceived most of our humanitarian efforts in the area as being more about our need to feel good than actually making an impact. I also saw where we were sometimes doing harm. My concerns fell on deaf ears.

When I was in ministry, I wore the clergy collar. Also known as a Roman collar, dog collar and a few other names. I used to see it as a symbol of hope and my orders. For me it was not arrogance. That said, there was a time I felt proud to wear it. It was rather like a uniform. Like a cop or a fireman I was here to serve god and mankind. I was here to help, to serve and to love.

Despite the things I was seeing in the night, I WANTED them to be right. I wanted to make a difference and for this to become my ministry. We even spoke of adding it to our chaplain program. They suggested enthusiastically that I wear my collar. They felt it would enhance the conversations I was blogging about even more if the passengers knew what I was.

That Thursday night I came to work in my clerical collar. 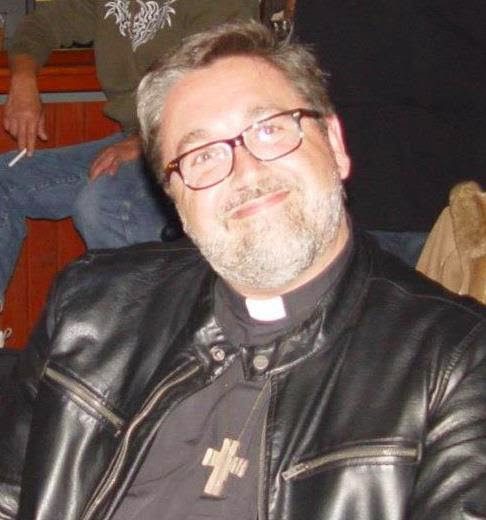 I had only been on the job for a few months, but it only takes 2-3 to find your groove to maximize requests, regulars and tips. I had a good read on people and could get them to open up. It was becoming second nature.

I changed nothing in my approach to people that night. But the responses were killing me. As soon as people saw the collar the tone changed. Most people were unresponsive to conversation. The body language was closed and the tips were sparse. The later in the night we got, the more night creatures began to come into play. It was mostly the same reaction, but even more pronounced with dancers, bartenders and bar patrons. Some would make commentary:

Conversation was always stilted. It was a brutal night. I looked forward to slow moments when I could meet another driver and talk in a parking lot. I did not realize how much I needed the conversations. The vox humana was such an integral part of my job for 12 hours a night and more than six hours into my shift, there was none of it. At 1:30 in the morning I did a bar pick up. As soon as the man saw me his lip quivered at the sight of my collar. He was damn near the fetal position and trying to suppress tears. I asked him if something was wrong. He looked at me for a moment and went back to staring at the window. I started to remove the tab from the collar.

“No!” He said through grit teeth.”You don’t get to take that off.” The rest of the ride was conducted in silence.

A little after 2 in the morning I picked up a bartender who was a regular of ours. Her and I spoke often. She knew I was a minister. She came to the cab.

I exhaled with relief, a conversation! “Yeah,” I said,”Trying something new.”

“How’s it working out for you, Pat?” she asked with genuine interest.

“Why not?” she leaned forward with sincere interest.

“I’m just being me. But shit. I can’t break the ice. No one will speak and the tips are for shit.”

“Why do you think that is?” she asked.

“You don’t know?” she said with mock shock. “You have a theory on everything and I think you scare me with your brain sometimes. I’m serious about that. It’s intimidating sometimes. C’mon smart guy, hazard a guess.”

“The church doesn’t exist here, Allie. It is not that we are just not present. We abandoned spaces like this. Religion here is a vacuum. They get a sermon with their meal at some of the kitchens here. It is the price they pay for a full belly and a shitty bed. Some of the hookers give hand jobs to some of our religious leaders and pious pillars of the community buy their dope from the same street dealer they judge by day. This collar is a symbol not of light and hope here. It’s the opposite. Fuck. I had a guy practically cry in my back seat. I could not tell if he was mad or terrified.”

“Pat,” she said, “we are the priests of the night. I serve communion with a brief homily and you are the confession booth. They don’t see it that way. They just come to share a meal with friends and unburden themselves on you. It’s organic. I don’t think we imitate the church. I think those fuckers….sorry Pat….imitate us and it is a pale impersonation. That collar. That represents the empire. The source of their pain is the church and the state. The powerful create the powerless and they come to us for solace.”

“So, Pat,” her tone changed, it softened, it was sincere,”who are you? Are you the reverend or are you cabbie?”

“I feel more connected when I am the cab driver,”

“Welcome to the priesthood of humanity, my friend. We are the real deal.”

As I drove away from her small house, I opened the window, lit a cigarette, and tossed my clerical tab out the window. I was free.

Comment here or on the original blog posting of this story. For more of Pat Green at Camels With Hammers read “Drunken Mall Santa”. Pat explains his atheism in his video for the Openly Secular project below:

This was a guest post by Pat Green. Read more of his vignettes from his work as a cab driver at Night Moves: Diary of a Chicago Area Cabbie ex-Preacher Man. Unless otherwise noted, Camels With Hammers guest posts are not subject to editing for either content or style beyond minor corrections, so guest contributors speak for themselves and not for me (Daniel Fincke). To be considered at all, posts must conform to The Camels With Hammers Civility Pledge and I must see enough intellectual merit in their opinions to choose to publish them, but no further endorsement is implied. If you would like to submit an article for consideration because you think it would be in keeping with the interests or general philosophy of this blog, please write me at camelswithhammers@gmail.com.

March 5, 2015
Before I Deconverted: I Saw My First "Secular Humanist" On TV
Next Post

March 21, 2015 Drunken Mall Santa
Browse Our Archives
get the latest from
Nonreligious
Sign up for our newsletter
POPULAR AT PATHEOS Nonreligious
1

If There's a Yellow Deli in...
Homestead Skeptic
Related posts from Camels With Hammers