It’s easy to get impatient in a disagreement about ideas. In particular I sometimes get very impatient when someone says something that I have heard said many times before and am tired of rebutting. A couple such occasions I got so quickly fed up that I tried to not only dispatch with what they actually just said as quickly as possible but then anticipated the next several things that I expected them to say and explained why I thought all of that was wrong, so that we could hopefully get straight to fresh ground and have hopes of having a novel discussion.

Needless to say, that approach doesn’t go over very well when you are dealing with fundamental differences. Only if you share a basic outlook, have a spirit of collaboration, and the other person really respects your opinions a ton, might that approach work. Occasionally I will do that with a student or another respected collaborator and they seem to take the experience as me catching them up to speed on my thinking and they wind up either satisfied or making their next volley one that really forces me to think and advances the dialectic fruitfully.

But with hostile people, with whom you have deep disagreements, you cannot be so presumptuous. You may think you have just cut to the chase. But in all likelihood, they just think you missed their point. They will probably not even hear half of what you say. Instead, they will rankle at your dismissiveness, find you evasive, and think your “skipping ahead” is just you skipping out on actually dealing with that which refutes you. And in that case you’ve probably lost them already.

So at this point you seemingly have a choice. On the one hand you can decide not to have the conversation at all because you find it repetitive and tedious. You might decide not to engage because you think this person is either (1) arguing in bad faith, (2) too ignorant of facts and standard arguments to be worthy of your remedial education efforts, (3) too evil to be receptive to arguments, or (4) simply not worth the time investment to you since you just do not have enough time to have every argument with every one you disagree with and you want to save your efforts for one you think will be less repetitive.

Only reason 4 makes much sense to me. The others strike me as usually too self-congratulatory and dismissive of those you disagree with. Less people than it feels like are genuinely evil, profoundly factually ignorant, or arguing in bad faith. It’s often hard, given our own perspectives, to imagine how others could come to certain conclusions without evil, bad faith, or profound factual ignorance, but that just means that we need to engage in a lot more aggressive efforts to imagine what it is like to be someone else and understand their foreign reasoning process than we are usually willing to do.

So today I was thinking about it and asking myself, “If I did want to continue engaging someone who said something I find wrong in a tediously ordinary way, but I also wanted to rush the conversation somewhere new rather than rotely go through the same old motions and likely wind up in the same old ditches, how would I do it?”

What I realized was the solution to making a conversation less tediously repetitive is the same strategy for making it less discouragingly contentious and counterproductively alienating. This would make it more worth your time because (a) it is more likely to be an actually positive experience, both socially and intellectually, which you will feel good about afterwards, (b) it will have a better chance of positively moving the other person, which will mean you will have spent your time more fruitfully and with less futility, and (c) you will actually learn something.

The solution I have in mind is to cut to the chase of where you agree. Instead of trying to show how quickly you can dispatch with what your interlocutor thinks and only irritate them and lose their respect, try to figure out just how much you agree about. Instead of telling your interlocutor all the ways you imagine you disagree and trying to foist your counterproductive bad faith interpretation of them onto them so that they spend most of their energy just trying to be understood instead of being able to consider your ideas, try to charitably figure out your points of agreement.

In fact, you should even take the proposition you find so banally false and actually think about it. Try to figure out how a reasonable person arguing in good faith might actually think it was true and acknowledge that. Then try to figure out a bunch of other things the other person might think that you agree with and affirm all of that too. Instead of rushing through a number of ways the other person is wrong, rush through a number of places reasonable people of good faith agree and confirm with your interlocutor that they are a reasonable person of good faith who agrees about all these things. And maybe once you have done that, ask them to concede a whole bunch of things you are tired of the other side unreasonably assuming, in bad faith, about people like you and your positions. If you have first done this kindness to them, they will likely feel compelled to be reasonable and do the same. In fact it will likely come easy to them and not even feel like compulsion for them.

Only then, with the brush cleared and a human connection established, say to them, but here’s my sticking point. Explain where your fork in the road is from reasonable people of good faith on the other side and ask them how they deal with that problem. Choose as your sticking point the point where you can least understand how anyone disagrees with you. And if they reveal that they actually don’t disagree about that, choose the next least comprehensible point for you. Express your genuine befuddlement and in good faith plea for help understanding.

Why do this? Because it works. When I have the discipline to overcome my quick temper and take the effort to do this (or when a skilled interlocutor does it for me), it changes the conversation to a collaborative one from a confrontational one. It takes people off their heels. No one likes having words put in their mouth. No one likes being misconstrued. No one likes to spend all their time defending what they don’t think. No one likes disputes where they actually agree on substantial amounts but are really just wasting a tremendous amount of energy defending themselves against bad faith readings of themselves instead of learning anything.

And, most importantly, it cuts to the chase to have a novel conversation. And, most conveniently, it allows your interlocutor to do the talking, at your invitation, which means that (a) if you have asked them a question you genuinely don’t know a good retort to, you might actually at least learn a new argument to consider and maybe even a whole new perspective, even if you disagree with it, (b) your interlocutor will have to explain their viewpoint constructively and that’s when people start to find the limits of their own positions—it takes less energy and time from you and gets them actually thinking more if you can ask good questions, (c) your charity increases the likelihood the other person will feel heard and respected and will be psychologically inclined to reciprocate with charitable listening and consideration of your viewpoint in return, (d) you will have gotten them to affirm some of the common values and beliefs that you will be appealing to, which will prime them to appreciate their importance when you reference them at disagreement points, and (e) establishing common ground at the outset of a conversation means that you both will be more receptive to hearing each other because you will perceive one another as basically the same, whereas if you lead with disagreements you are more likely to tag each other mentally as adversaries to be beaten, rather than learned from, and shut down.

So, I think the best way to avoid a conversation being tediously repetitive is to make it collaborative rather than contentious. Clear the usual misunderstandings and bad faith off the table, so that you can concentrate on thinking about what’s difficult from a place of common ground instead of painful acrimony and the whole process will be less strenuous, more encouraging, and more intellectually fruitful. There will still be room for debating over the truth, but it will be framed in a way that is more emotionally bearable, less likely to burn you both out, and more likely to change your minds. 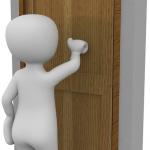