Atheists May Have a Point on Clergy Tax Breaks

Many news outlets have reported in recent days about a group of atheists who have filed a federal lawsuit to end tax breaks for clergy.

I’m on record as strongly supporting the separation of church and state as outlined in the first part of the First Amendment: “Congress shall make no law respecting an establishment of religion, or prohibiting the free exercise thereof….” I’ve also said a number of times over the years that I wasn’t sure the government-sponsored tax break for clergy was a great idea: better to keep government out of religion whenever possible.

Full disclosure: I’ve never been that excited to rally against my economic self-interest as a member of the clergy, and clergy salaries are often low; however, I’m not sure government should assume the role of making up the difference.

Below I’ll list a few good points from the articles I have read about this matter that are worth considering.

from the Religion News Service

There are secular humanist organizations that do tremendous service to the common good, but the atheist leaders of these organizations do not benefit from the clergy tax break:

All three plaintiffs receive part of their salaries as housing allowances, but do not qualify for the tax exemption because they are not clergy. That amounts to an unconstitutional government endorsement of religion, they claim, because the parish exemption aids and subsidizes religion by providing ministers with financial benefits not given to secular workers. ”The government is preferring ministers of the gospel over those of us who think religion should be, if not eliminated, limited,” said Dan Barker, co-president of the FFRF [Freedom from Religion Foundation].

Also, this tax break comes, not from the founding our nation, but from a reactionary, mid-20th century impulse:

The parish exemption entered the tax code in 1954, the same year the phrase “under God” was added to the Pledge of Allegiance. The country was deep in the Cold War and providing clergy with a tax break was seen as reinforcing religiosity in the fight against godless communism.

There is no provision to limit this tax break to only a clergy person’s primary residence, thereby unduly benefiting the rich and impoverishing tax revenues:

Recently the U.S. Tax Court interpreted the law to apply even to multiple homes, ruling 7-6 that Phil Driscoll, an ordained minister and Grammy Award-winning trumpeter who went to prison for tax evasion, didn’t owe federal income taxes on more than $400,000 provided by his ministry to buy a second home on a lake near Cleveland, Tenn.

On my earlier point that it is good to keep church and state separate whenever possible:

The lawsuit claims that in order to enforce the tax law the IRS and Treasury Department must “make sensitive, fact intensive, intrusive, and subjective determinations” on religious issues like which activities constitute “religious worship” and whether a member of the clergy is “duly ordained, commissioned or licensed.” Those and other determinations result in “excessive entanglement” between church and state contrary to the Establishment Clause.

from the Wall Street Journal

Some congressional representatives are separately looking into this provision:

Sen. Charles Grassley (R., Iowa), a member of the Senate Finance Committee, said he wants to ensure that the spirit of the provision isn’t violated. ”It’s fair to question why a clergy member needs a tax-free allowance for more than one home, and whether tax-exempt churches should subsidize millionaire ministers,” he says.

Confusingly the WSJ cites a different start date for this law, and I have not yet had the time to investigate who is correct:

Under a provision of the tax code known as the parsonage allowance, first passed in 1921, an ordained clergy member may live tax-free in a home owned by his or her religious organization or receive a tax-free annual payment to buy or rent a home if the congregation approves.

The Rev. Carl Gregg is the pastor of Broadview Church in Chesapeake Beach, Maryland. Follow him onFacebook and Twitter.

September 26, 2011 Letter to the Editor
Browse Our Archives
Follow Us! 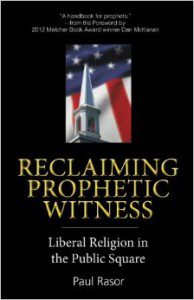 More Voices
Can You Be Both a Religious Liberal and...
Carl Gregg 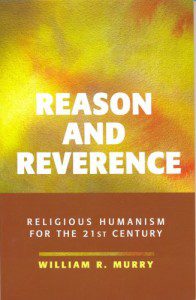 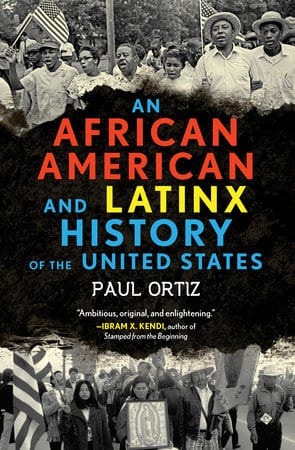 The Stories We Tell Matter: “An African-American &...
We are now in the final week of Black History Month, an...

Signs of the Diablos - Is American becoming...
Unlike any time in recent memory, the United States seems almost...
view all More Voices blogs
Copyright 2008-2020, Patheos. All rights reserved.