Should MLK’s “Letter from a Birmingham Jail” Be Added to the New Testament?

Bruce Metzger, in his seminal work The Canon of the New Testament: Its Origin, Development, and Significance, writes that,

Shortly after the assassination of Martin Luther King, Jr., in 1968, a group of ministers seriously proposed that King’s “Letter from a Birmingham Jail” be added to the New Testament. All will appreciate that this letter, written in April 1964 after he had been jailed in Birmingham, Alabama, for participating in a civil-rights protest, conveys a strong prophetic witness, and interprets God’s will in the spirit of Christ. At the same time, however, most will recognize that the differences as to age and character between it and the books of the New Testament are far to great to warrant its being added to the canon, and today few if any take the proposal seriously. (271)

The more I’ve thought about how much work myself and others put into making the ancient writings in the Bible relevant for today I think that sometimes we would be better off spending at least equal amounts of time reading contemporary prophets such as Martin Luther King, Jr., Dorothy Day, and Wendell Berry as we do read the words of ancient scriptural writers. We are fortunate to have access to an abundance of incredible scriptural commentaries here in our Information Age, and there are powerful practices such as lectio divina for hearing God speak today through ancient scripture; nevertheless, in many ways modern writers speak the word of God more directly to our own situation.

One “Middle Way” is to regularly include a “Contemporary Reading” (from a living spiritual writer) or a “Historical Reading” (from non-canonical writings, the Apostolic Fathers, the Deserts Ammas and Abbas, or anywhere throughout the rest of history). We need to be regularly hearing these witnesses in worship to supplement the canon. As the recent United Church of Christ ad campaign said so well, “God is still speaking.” There are ways that God is speaking to us not only through the canonical writers, but also through those ‘other’ voices from before, during, and after the canonization process. Including poetic readings in worship from such luminaries as Mary Oliver or Gerard Manley Hopkins also spring immediately to mind as vitally needed.

What say you? What are your thoughts, feelings, and concerns about an open and closed canon? How have you incorporated non-canonical, historical, and contemporary readings in worship? I welcome your feedback in the comment section.

January 14, 2012
What Is the Gospel According to You? Three Meanings of "Good News" in Mark 1 (A Progressive Christian Lectionary Commentary for January 22)
Next Post

January 16, 2012 The Pragmatism of the Didache: At Least Do What You Can
Recent Comments
0 | Leave a Comment
"A Democracy IS a Dictatorship.You have many dictators instead of one.When withdrawing consent (IN THE ..."
crazysquirrel What Happens If We Withdraw Our ..."
"Thanks for this Carl! Perfect timing."
Allison “Fierce Self-Compassion”
"Whoever thought up the phrase "Defund the Police" should be run out of town on ..."
Michel What Does #DefundThePolice Really Mean? Awakening ..."
"All true, and there are a lot of stories which must be told...I only would ..."
Michel The Stories We Tell Matter: On ..."
Browse Our Archives
Related posts from Carl Gregg 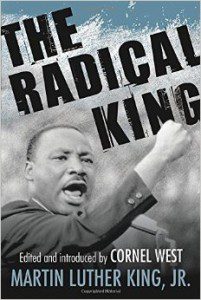 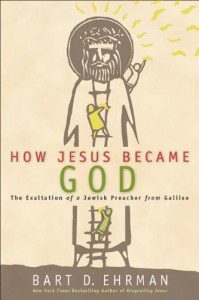 The Quantum Mystery
"Although Kami cannot be seen, you are constantly walking within and through...