What Did JFK, MLK, & Gandhi Really Think about Birth Control?

Many commentators have noted the ironic, misogynistic, and audacious scene of yesterday’s Congressional Committee hearing in which only men were called to testify about the controversy surrounding funding for women’s contraception.

Equally troubling were the three huge posters displayed behind the committee of John F. Kennedy, Jr.; Martin Luther King, Jr., and Mohandas Gandhi. The intended point was that these three figures symbolize the courage to stand up for the dictates of your conscience against the tide of majority opinion. But the use of these images falsely suggests that these great progressive thinkers would support the opponents of birth control.

For JFK, I haven’t researched the stance of this first Roman Catholic president, and any speculation about his views today would be mere conjecture. However, Kennedy was famously clear in his 1960 speech to the Greater Houston Ministerial Association that he would not allow the Vatican to dictate the public policy of his presidency.

My understanding of Gandhi’s views on birth control come from reading the 2007 biography of him written by Rajmohan Gandhi, one of his fifteen grandchildren. The almost 700-page book includes an account of a two-day dialogue in 1935 between Gandhi and Margaret Sanger, the reproductive rights advocate, who coined the term “birth control,” opened the first birth control clinic in the U.S., and helped found Planned Parenthood:

The two agreed on small families but not on contraceptives, Gandhi saying contraceptives would encourage immorality and Sanger asking whether couples could really restrict sexual union to two or three occasions in their lives together. Gandhi accepted them, though he could ask for union to be confined to a wife’s ‘safe’ period. Pressed by Sanger, Gandhi conceded that sexual union for procreation also partook of lust. (402-403)

Suffice it to say, Gandhi’s extreme sexual asceticism and support for small families is far from fully in line with the stance of the Roman Catholic bishops regarding either contraceptives or sex within marriage. (For the record: Gandhi and his wife had four children, all sons.) There is also the complicating detail of Gandhi’s regular practice of sleeping outside his wife’s tent surrounded by two or three of his (usually female) aides, none of whom was his wife (406-407). But there is not room here to fully explore this aspect of his life.

Turning to MLK, House Oversight Committee Chairman Darrell Issa (R-CA) is correct that King did say that, “There comes a time when one must take a position that is neither safe, nor politic, nor popular, but because conscience tells one it is right.” However, I’m grateful to reporter Adam Serwer for quickly researching King’s actual handwritten words about contraception:

I have often, both publicly and privately, advocated the wider use of birth control methods in order to reduce the illegitimacy rates and the consequences. It is my hope that state governments will begin to appropriate large sums to educate people to the need for such devices.

Opponents to birth control are entitled to their opinion, but I’m far from ready to concede the complicated and inspiring legacies of progressive, open-minded thinkers such as JFK, Gandhi, and MLK to conservative talking points.

February 15, 2012
How to Decide If You Should Read Diana Butler Bass' New Book
Next Post

February 18, 2012 Paul: Misogynist or Mystic?
Recent Comments
0 | Leave a Comment
"Nice article. I am a fan of the Harris duo and this topic. Why is ..."
Jesse Meditation, Neuroscience, Psychedelics: Who Am I? ..."
"When challenged by some as to what makes me think that I, a woman, can ..."
Cheryel “Your Daughters Shall Prophecy”: Fulfilling the ..."
"Yes, those who prefer to dream of a better world rather than accept the mess ..."
Barros Serrano Another World Is Possible: What Does ..."
""Wage labor is the bourgeois compromise between freedom and slavery."Modern "capitalism" (to use Marx's term ..."
Barros Serrano Alienated Labor, B.S. Jobs, & the ..."
Browse Our Archives
get the latest from
Carl Gregg
Sign up for our newsletter
POPULAR AT PATHEOS More Voices
1 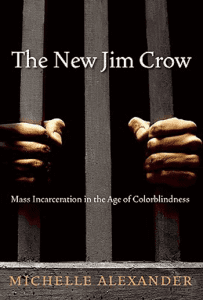 More Voices
“What You Say Next Will Change Your World”:...
Carl Gregg 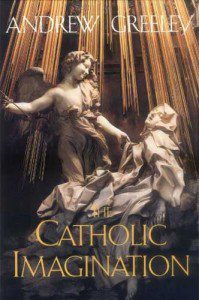