Letter to the Editor: “Minister says yes to same-sex marriage”

The following is the text of my letter to the editor, which was published in today’s Frederick News-Post:

I am writing in response to an article published on Sept. 29 — “Area congregations weigh in for, against same-sex marriage.”

As the new minister of the Unitarian Universalist Congregation of Frederick, I was encouraged to see a number of my colleagues publicly supporting same-sex marriage rights in Maryland.

The Unitarian Universalist Association has an ongoing public advocacy campaign called “Standing on the Side of Love” that encourages people of faith to call for respect, inclusion and compassion. Although I believe an individual’s vote must ultimately be based on the dictates of his or her conscience, I also believe that standing on the side of love is about discerning how to vote on the side of love.

The Civil Marriage Protection Act clearly stipulates that no religious institution would be forced by the state to perform or sanctify marriages that conflict with the faith tenets of that institution. But as a minister who seeks the freedom to sign marriage licenses for same-sex couples, I will be voting for marriage equality (Question 6) on Nov. 6.

October 17, 2012 Mitt Romney, Mormonism, and Book of Mormon: The Musical
Recent Comments
0 | Leave a Comment
"Thanks for this Carl! Perfect timing."
Allison “Fierce Self-Compassion”
"Whoever thought up the phrase "Defund the Police" should be run out of town on ..."
Michel What Does #DefundThePolice Really Mean? Awakening ..."
"All true, and there are a lot of stories which must be told...I only would ..."
Michel The Stories We Tell Matter: On ..."
"Nice article. I am a fan of the Harris duo and this topic. Why is ..."
Jesse Meditation, Neuroscience, Psychedelics: Who Am I? ..."
Browse Our Archives
get the latest updates from
Carl Gregg
and the Patheos
Best of Patheos
Channel
POPULAR AT PATHEOS More Voices
1 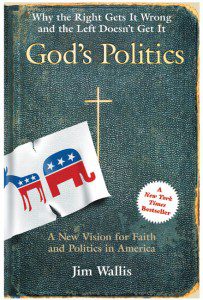 More Voices
Admit it: You "Pick & Choose," So Why...
Carl Gregg
TRENDING AT PATHEOS More Voices