In my tradition of Unitarian Universalism, it is significant to recall that this past Wednesday was the 200th anniversary of the birthday of our Unitarian ancestor Henry David Thoreau, who was born on July 12, 1817. Among many examples of dissent in Thoreau’s life, the most famous is that at age twenty-nine, during his time living in a cabin he built at Walden Pond, Thoreau spent the night in jail for nonpayment of a poll tax to protest the use of tax dollars to support slavery and unjust wars (Richardson 175). His shared reflections on his experience in the essay “Civil Disobedience” have been an inspiration ever since for people of conscience seeking to resist pressures to conform to unjust aspects of society (178).

And as one way of reflecting on how and why we might be called to dissent now or in the future, I would like to invite us to consider the tradition of dissent in the U.S. Supreme Court. I’m particularly interested in comparing how and why interpretations have been made over time about the meaning and significance of the legal documents (like the U.S. Constitution), sacred scriptures (like the Torah, Bible, or Qur’an), various pieces of art (historic and contemporary), and the shifting set of experiences we call the “Self.” I’ve spoken about my views on this in previous posts, but for me the upshot is that, if your interpretation increases hate, fear, inequality, and violence instead of love, joy, justice, and peace, you’re doing it wrong. And the problem might be more with you (or the interpretive communities that you are a part of) than with the “text” you are reading. 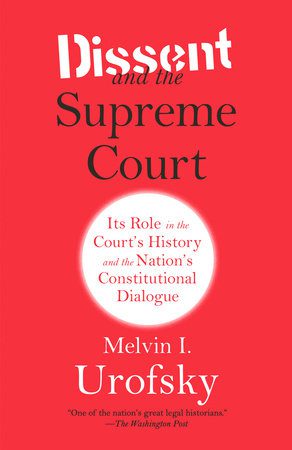 In the meantime, one among many great books from this perspective is The Case Against the Supreme Court. It was published a few years ago by the brilliant legal scholar Erwin Chemerinsky, who has argued cases before the Supreme Court, and is the author of the leading law school textbook about constitutional law (5). (If you want to dive into the history of Supreme Court dissents that came to be vindicated over time, a good next step is Melvin Urofsky’s Dissent and the Supreme Court: Its Role in the Court’s History and the Nation’s Constitutional Dialogue.) To share with you just one early passage from Chemerinsky’s book, he writes:

Each year, as I teach first-year law students, I have the strong sense that many, maybe even most, come to law school believing that the law exists external to what the courts say and that the role of the Justices is to find it and mechanically apply it…. But that is an illusion that has no relationship to reality. Let’s admit that this emperor has no clothes. (342)

He is challenging us to be honest that Supreme Court justices are human. And the evidence is clear that we humans rarely weigh all sides without bias. Rather, we have preexisting “values, views, and prejudices” that warp our perceptions (10).

We are most open to arguments that support our current line of thinking, and we are most defensive against arguments that might undermine our self-interest. By and large, all Supreme Court justices—liberal, moderate, or conservative—are extremely well-qualified. They disagree “not because one of them is smarter or knows the Constitution better. They diverge because of their ideologies” (14). That fact, of course, is why it is so significant that Neil Gorsuch, not Merrick Garland, is the latest Associate Justice to the highest court in our land.

To be clear, Chemerinsky is not intending to be unduly cynical. He was drawn to becoming a lawyer in the first place because of the power of the law at its best to create social change. But after more than three decades of teaching, writing, and litigating about the law at some of the highest levels, he has come to believe that—despite the many significant times when the U.S. Supreme Court has sided with justice and equality—we need to be honest that:

By becoming more conscious of the real record of the Supreme Court, we can better discern when and why we might be called to dissent.

To begin with an even larger perspective, it is sometimes helpful to remember that our system of governance is not the only way: “Great Britain, for example, has no written constitution. In the Netherlands, no court has the power to declare any law unconstitutional; in fact, its judiciary is prohibited from doing so” (7). Even in U.S. history, the co-equal power the Supreme Court enjoys today was far from clear in Article III, Section 1 of the Constitution. We could have ended up with a system more like the Netherlands if not for the leadership of John Marshall (1755-1835), the fourth Chief Justice, whose majority opinion in the 1803 case Marbury v. Madison established the precedent of judicial review, the authority of our high court to declare a law unconstitutional (Urofsky 45-46).

Moreover, the Supreme Court did not start becoming the full-fledged “Constitutional tribunal” that we know today until around 1925—less than a hundred years ago—under the leadership of chief justice William Howard Taft, a Unitarian (212-216). Before 1925, the court was much more of a “forum that corrected errors in ordinary private litigation” (211). My point is that the system has changed and it can and will change again. The question is whether it will change to be further in support of powerful, monied interests or whether it will change in the direction of due process and equal protection under the law.

And as we begin to reflect more directly on the promises and perils of dissent, it is important to remember that not all dissents are either righteous or vindicated. Indeed, most dissents end up in the “dustbin of history.” So why bother? Because, in the words of Charles Hughes (1862-1948), the 11th Chief Justice (1930–1941), “A dissent in a court of last resort is an appeal to the brooding spirit of the law, to the intelligence of a future day…” (Urofsky 112).

Or as the recently retired Justice John Paul Stevens (1920-) said when asked “If you could fix one thing about the American judicial system, what would it be?” He replied, “I would make all my dissents into majority opinions” (339). Another American Judge, William Hirt, said it this way: “Dissents, like homicides, fall into three categories—excusable, justifiable, and reprehensible.” So when considering a dissent, we should ask ourselves whether what we are doing is excusable (people will understand why we dissented even if we’re wrong), justifiable (our dissent will likely be vindicated by history), or reprehensible (dissenting on the wrong side of history) (3).

(I will continue this theme in tomorrow’s post on “Dissent–for such a time as this.”)

July 14, 2017
Robots (Not Immigrants) Are Coming for Your Job: Promise & Peril of Dataism as Religion
Next Post

July 21, 2017 Dissent: For Such a Time as This
Recent Comments
0 | Leave a Comment
"I recommend:“A Comprehensive Look at Gender Equality: The Doctrinaire Institute for Women's Policy Research” https://malemattersusa.word..."
PeacePromoter Trust Women: Bodies, Laws, & Reproductive ..."
"The key word in the sentence "His wages can be garnisheed (sic)" is "can." Other ..."
Timothy Griffy Trust Women: Bodies, Laws, & Reproductive ..."
"See Warren Farrell's book "Father and Child Reunion." Excerpt: https://uploads.disquscdn.c..."
PeacePromoter Trust Women: Bodies, Laws, & Reproductive ..."
"Almost a decade later, I discovered recently through a Franciscan sister that is was actually ..."
Heidi Haverkamp Four Spiritual Practices for Preaching on ..."
Browse Our Archives
get the latest from
Carl Gregg
Sign up for our newsletter
POPULAR AT PATHEOS More Voices
1

How to Find Meaning in Life
Carl Gregg
4 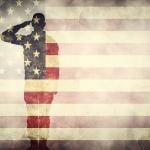