Orwell, Atwood, Butler: Reading for Resistance & Resilience in the Age of Trump

This summer at the congregation where I serve as minister, we hosted a three-part book discussion series on “Reading for Resistance & Resilience.” When I first mentioned this idea in the spring to my wife Magin, who is an English professor, she was intrigued. But she also cautioned that George Orwell’s 1984, Margaret Atwood’s The Handmaid’s Tale, and Octavia Butler’s Parable of the Talents “might be the most depressing list of beach reading I’ve ever heard.” In retrospect, from the insights that have emerged from these book discussions, it seems clear to me that hosting these three Congregational Conversations on dystopian fiction was a good decision.

To quote the contemporary author Ben Winter about the potential insights that can come from reading and discussing novels:

Fiction has a power to clarify, to galvanize, to prophesy, and warn. Fiction allows us to take big picture questions, big issues, big moral and socio-political changes and see how they play out on real people’s lives, with real individuals.

But before I plunge in fully, a caveat may be in order. In these trying times in our nation’s history, allow me to be clear that my intent is not politically partisan. The underlying motivation is not about resisting one or another political party. Rather, it is about wrestling with novels that show us what our present and future can look like if we allow our democratic and constitutional norms to be undermined. And that is very much at the heart of my tradition of Unitarian Universalism tradition in which our 5th Principle is “The right of conscience and the use of the democratic process within our congregations and in society at large.”

That being said, when we describe Unitarian Universalism as a “liberal religious movement,” that is a reference not to a political party, but to the much older philosophical tradition of Liberalism, from the Latin root liber, meaning free. Unitarian Universalism cherishes the freedom for individuals to choose for themselves, based on the dictates of their conscience. We seek to be liberal in the best sense of the word: open to new ideas, generous, openhanded, open-hearted, and open-minded. And that means there is room within our big tent for those who are conservative in the best sense of the word: caring about the conservation of nature, upholding the beauty of traditions and rituals which have accrued deep meaning through time—reminding us of the importance of individual responsibility, community, authority, sanctity, and loyalty.

The other side of that coin is that there are morally repugnant points of view—anti-Semitism, racism, xenophobia, Islamophobia—which are beyond the pale even of the UU big tent. And this summer book discussion series has precisely been about resistance and resilience in the face of movements which are anti-democratic, authoritarian, and opposed to the freedom, diversity, and tolerance that are core values in an open society. 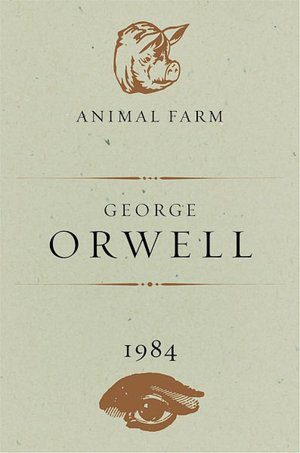 For part 1, our central discussion question for George Orwell’s 1984 was “How is resistance and resilience cultivated in response to gaslighting, Big Brother and the Thought Police?” Gaslighting attempts to make someone question their own sanity by telling them that they are wrong—despite all evidence to the contrary. It is a form of lying that is particularly manipulative and abusive. One of the ways this dynamic plays out in Orwell’s 1984 world of “Alternative Facts” is through the structure of the totalitarian regime in which the “Ministry of Truth” produces propaganda, the “Ministry of Peace” wages war, and the “Ministry of Love” imprisons dissidents. The regime’s gaslighting slogan is that:

Along these lines, the single quote that has stuck with me the most from Orwell’s 1984 is: “The heresy of heresies was common sense…. The Party told you to reject the evidence of your eyes and ears. It was their final, most essential command.” (162-3).

But here’s the twist. In the end, these books are not about hopelessness and despair. They are cautionary tales, but they also expose paths of resistance and resilience. If we read Orwell’s 1984 against the grain, we can begin to see that if the party’s “final most essential command” is to “ reject the evidence of your eyes and ears,” then we should redouble our efforts to do precisely the opposite: Don’t believe the dictator’s propaganda about “fake news” and against science. Trust the evidence of your eyes and ears about what is actually going on; trust the facts from the overwhelming consensus of scientists. 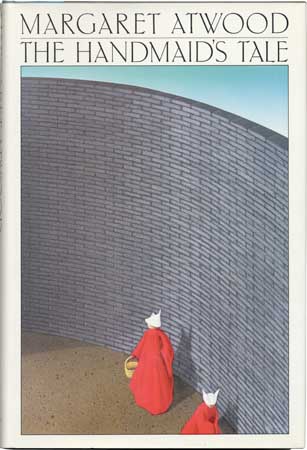 Our second book was Margaret Atwood, The Handmaid’s Tale. If you haven’t watched the television series on Hulu, I recommended it. (It stars Elisabeth Moss, who also played Peggy Olson on Mad Men—as well as Zoey Bartlet on West Wing. I found myself occasionally thinking, “Don’t do that to Peggy/Zoey!”) It is not an easy watch, but it is powerful and ultimately hopeful. Our central discussion question for Atwood’s classic novel was, “How can the lenses of patriarchy and feminism inform and empower movements of resistance and resilience?” I am probably most haunted by Atwood’s own reflection that her novel is “An imagined account of what happens when not uncommon pronouncements about women are taken to their logical conclusions.”

From the novel itself, the line that has stuck with me the most is from the protagonist Offred’s observation about Serena Joy, the wife of the couple who hold her captive. Serena’s character is based on real life figures like Phyllis Schafly, who during the movement to pass the Equal Rights Amendment, made an incredibly ironic argument in public that women should not participate in public life outside the home. In the book, Offred thinks to herself, “How furious she must be, now that she’s been taken at her word.” Again, reading against the grain, we can see the vital importance of denouncing sexism and helping build a world of gender equality.

And if there were but “world enough and time,” there are so many other relevant dystopian novels. If you want to continue reading on your own, other top contenders I considered were:

Related to the upcoming class on Bioethics I’ll be teaching this fall (blog posts forthcoming over the next few months), the best supplemental novel to read would likely be Aldous Huxley’s Brave New World. But in preparing for the third and final part of our summer discussion series, I was interested to see that last month, The New Yorker joined a growing chorus of voices declaring that, “In the ongoing contest over which dystopian classic is most applicable to our time, Octavia Butler’s ‘Parable’ books may be unmatched.” My post tomorrow will focus on Butler’s powerful novel.

August 23, 2017
Jungian Reflections on Jesus from the “Second Half of Life”
Next Post

September 1, 2017 Insights from Octavia Butler's 1998 Novel that Predicted a “Make American Great Again” President
Recent Comments
0 | Leave a Comment
"A Democracy IS a Dictatorship.You have many dictators instead of one.When withdrawing consent (IN THE ..."
crazysquirrel What Happens If We Withdraw Our ..."
"Thanks for this Carl! Perfect timing."
Allison “Fierce Self-Compassion”
"Whoever thought up the phrase "Defund the Police" should be run out of town on ..."
Michel What Does #DefundThePolice Really Mean? Awakening ..."
"All true, and there are a lot of stories which must be told...I only would ..."
Michel The Stories We Tell Matter: On ..."
Browse Our Archives
Related posts from Carl Gregg