“Live Your Life as a Work of Art”: The Spiritual Practice of Creativity

“Live Your Life as a Work of Art”: The Spiritual Practice of Creativity February 16, 2018 Carl Gregg

Dar Williams is one of my favorite singer-songwriters. And one of her many memorable songs is titled “I Won’t Be Your Yoko Ono.” As a feminist, she questions the often one-sided criticism that Yoko Ono (1933 – ) should be blamed for distracting John Lennon (1940-1980) from his career as a musician:

I wonder if Yoko Ono

Ever thought of staying solo …

If she doubted John Lennon

Worrying that he’d distract her art

In the background of this song is Williams’s experience as a student at Wesleyan University.

During her time at that historic liberal arts college in Connecticut, she experienced a huge amount of peer pressure — to be avant-garde! Instead of feeling pressured to do things in a traditional way, she says, “We felt like we had to be as postmodern as we could in everything we did.” That meant constantly experimenting with radical ideas, new ways of dressing, and unorthodox ways of being in the world.

Williams says that she can remember walking down a set of stairs and realizing she should be doing something unconventional—so she walked on the outside of the stairs. And that if someone found a piece of pipe, they would say, “That’s not a pipe; it’s a musical instrument!” Or, “That’s not a bag; it’s a shirt!” And as fascinating as that sort of creative atmosphere could be, she confesses that it could also be relentless. There was a constant pressure to innovate.

Around that time, she and her friends saw Yoko Ono perform an interactive piece of conceptual art in which members of the audience were invited to cut off pieces of her clothes. They were all enraptured. They thought: “Brilliant! Brilliant!”

That piece inspired one of her friends to experiment with an outdoor piece of performance art in which he said that he wasn’t sure what was supposed to happen, but they should all show up wearing yellow. So they did, and as they were gathering, a yellow school bus passed by—and they all said “Oh! Brilliant! Brilliant! Who am I? What is Art?”

Williams is, of course, only gently satirizing this worldview. After all, she has grown-up to be a professional artist, who makes her living creating and performing new songs. And her questions are good ones: “Who am I? What is art?”

Reflecting on those questions, I’m reminded of the most astounding piece of art I have ever seen. Almost twenty years ago, I had the opportunity to spend two weeks in Rome. Among the many amazing sites that we saw, by far the most impressive was the Sistine Chapel ceiling, painted over four years in the early sixteenth-century by Michelangelo. I have seen many pictures of the Sistine Chapel over the years before and since, but those representations in books were nothing compared to the majestic scale of seeing it in person. Beyond brilliant, it was breathtaking and sublime.

The Sistine Chapel ceiling is one of the peaks of High Renaissance Art. And its grandeur is a magnificent achievement. But from another perspective, one could criticize its content as not particularly innovative in the grand scheme of things. It can be seen as an especially fine example—among many other great examples—of religious art during the Renaissance. That being said, don’t get me wrong: it’s a spectacular achievement. By all means, see it in person if you have the chance.

On the other end of the spectrum, I have also never forgotten the first time, I saw Marcel Duchamp’s (1887 – 1968) Fountain. Many people first associate the word fountain with sculptures and majestic steams of water. Well, in 1917, Duchamp famously subverted the traditional artistic concept of what counts as a fountain. He  took a porcelain urinal, signed it “R. Mutt” with a marker, and submitted it to an art show. And although I found Duchamp’s Fountain to be, shall we say, less sublime than the Sistine Chapel, both pieces of art blew me away when I first saw them.

In Duchamp’s day there were, of course, many urinals in the museum’s men’s room that no one was arguing were works of art. So did that particular urinal become art through the act of an artist placing it on a gallery wall? According to some, it was a radical act of creativity. (“That’s not a pipe; it’s a musical instrument!” “That’s not a bag; it’s a shirt!” That’s not a urinal, it’s a sculpture, a piece of found art.) According to others, it was not a paradigm-shifting democratization of art, but offensive tacky kitsch. Duchamp is one of the classic examples of wrestling with the ways that what we do and don’t categorize as art is less predetermined and more socially constructed. 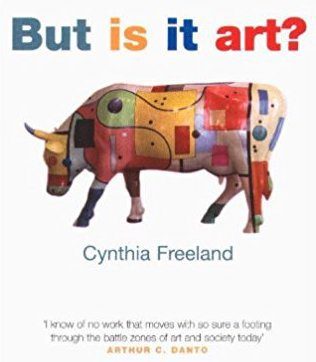 Now, there is much more to say about both the history of art and the philosophy of aesthetics. And if you are curious to learn more, one of my favorite introductions to this subject is a short, accessible book titled But Is It Art? by the philosophy professor Cynthia Freeland. (Oxford University Press, 2002). (This same book has also been repackaged in another format titled Art Theory: A Very Short Introduction.) And while I do not want to turn UUCF into a pressure cooker in which we all feel a relentless compulsion to be creative (like Dar Williams felt at Wesleyan) I also do want to say a few words about how each of us can experiment with the spiritual practice of creativity.

And this is an auspicious time of year for such an experiment. We are more than a week past Groundhog’s Day, which the Pagan tradition calls Imbolc, the cross-quarter day precisely between Winter Solstice (the darkest day of the year) and Spring Equinox (when there will be equal parts daylight and darkness). We have passed the tipping point toward spring. And even though ice remains on the ground, we will soon see nature bursting forth into bloom, which can serve as an invitation to experiment with our own creativity. 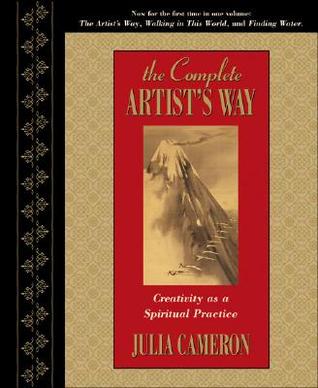 Along those lines, if you are feeling particularly drawn to experiment with your creative side in this season of your life, I highly recommend the book The Complete Artist’s Way by Julia Cameron. To give you a taste of Cameron’s method, she recommends a weekly practice of taking yourself on an Artist’s Date. If any of the following ideas particularly resonate with you, I invite you to add one or more of them to your calendar for some time in the coming weeks or months:

Those are only a few among many possible Artist’s Dates.

For now, regarding the profound connection between art and religion—between making art and making meaning—I will close by inviting you to consider Rabbi Abraham Joshua Heschel’s (1907 – 1972) response to an interviewer who asked him what message he would say to young people if he only had one minute. As you listen to Rabbi Heschel’s words, I invite you to keep in mind the ways that creativity can manifest in all of us—at any age. He said:

I would say let them remember that

there is a meaning beyond absurdity.

Let them be sure that

every little deed counts, that

every word has power, and that

all the frustrations, and

And above all, remember that

the meaning of life is to

as if it were a work of art.

March 28, 2018 Is Your Job Predictable? Immigrants Aren’t Coming for Your Job, *Robots* Are
Recent Comments
0 | Leave a Comment
Browse Our Archives
get the latest from
Carl Gregg
Sign up for our newsletter
POPULAR AT PATHEOS More Voices
1