What Liberal Fundamentalism Is— and What It Isn’t 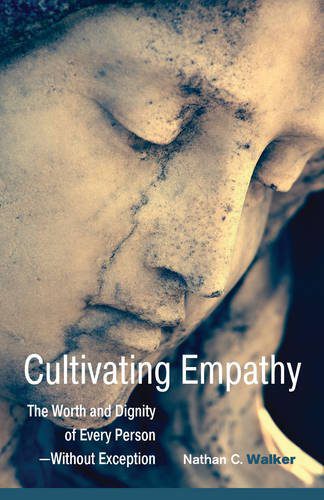 Nathan Walker’s fascinating and provocative book Cultivating Empathy: The Worth and Dignity of Every Person — Without Exception defines Liberal Fundamentalism as “when we who take pride in being open-minded close our minds—when we become what we set out against” (84). The classical liberal tradition does treasure open-mindedness, but at an even more foundational level, classical liberalism is from the Latin root liber, meaning “free.” Liberals tend to have a gut-level inclination toward freedom, toward liberty, toward saying to each individual “You do you.” We are a big tent with room for lots of individual differences.

My chosen tradition of Unitarian Universalism, although known as a theologically liberal tradition, has had big enough tent historically—and it remains big enough today when we are at our best—to include those who are conservative in the best sense of the word: caring about conservation of nature, upholding the beauty of traditions and rituals that have accrued deep meaning through the test of time, reminding us of the importance of community, authority, sanctity, and loyalty. And we do risk becoming Liberal Fundamentalists—becoming narrow-minded and bigoted—if we succumb to the temptation to pre-judge others based on stereotypes.

That being said, as we prepare to reflect on the dynamics of Liberal Fundamentalism, it is vital to be clear that there are important limits. Some beliefs and actions are beyond the pale. And drawing healthy boundaries does not make us Liberal Fundamentalists; it merely means being clear about the lines that we cannot cross without sacrificing our core values. Along those lines, one classically liberal way of drawing such boundaries is summarized in the quote that, “Your right to swing your fist ends where my nose begins.” I affirm your freedom to swing your fist to your heart’s content, but I affirm my right not to have that freedom end in assaulting me or another person!

But whenever liberals start to draw healthy boundaries, someone will often accuse liberals of being hypocrites—or Liberal Fundamentalists—for being “tolerant of everything except intolerance.” The best touchstone I have found for articulating why that is not the case is from the late philosopher, Karl Popper (1902 – 1994). In 1945, the year World War II ended, Popper wrote an important book called The Open Society and Its Enemies. One of the most significant parts of that book is a passage about what he called the “paradox of tolerance.” This paragraph has deep echoes to our own time, especially after this past week:

If we extend unlimited tolerance even to those who are intolerant, if we are not prepared to defend a tolerant society against the onslaught of the intolerant, then the tolerant will be destroyed, and tolerance with them. In this formulation, I do not imply, for instance, that we should always suppress the utterance of intolerant philosophies; as long as we can counter them by rational argument and keep them in check by public opinion, suppression would certainly be unwise. But we should claim the right to suppress them if necessary even by force; for it may easily turn out that they are not prepared to meet us on the level of rational argument, but begin by denouncing all argument; they may forbid their followers to listen to rational argument, because it is deceptive, and teach them to answer arguments by the use of their fists or pistols. We should therefore claim, in the name of tolerance, the right not to tolerate the intolerant. We should claim that any movement preaching intolerance places itself outside the law, and we should consider incitement to intolerance and persecution as criminal, in the same way as we should consider incitement to murder, or to kidnapping, or to the revival of the slave trade, as criminal. (Vol. 1, Notes to the Chapters: Ch. 7, Note 4)

Taking into account Popper’s perspective, I am, on one hand, eager to support non-violent activism that tries to accomplish these goals. On the other hand, it is vital to reject false equivalencies that seek to call liberals hypocrites or “liberal fundamentalists” when they are simply defending the minimal boundaries needed to maintain an open, civil society.

In reflecting on the topic of “Liberal Fundamentalism,” I was also reminded of a story published a few years ago in The Washington Post about Derek Black. Black is the only child of the founder of the Internet’s largest racist hate group site and the godson of David Duke, a former KKK grand wizard (Saslow 1). In theory, one could make a good case in advance that, given his background, Derek Black was destined to be a hopeless racist the rest of his life and was not worth anyone’s time. But in studying the story of his conversion to a more open-minded worldview, it’s clear that at least two major dynamics—forces both of exclusion and inclusion—caused him to change his mind.

Part of what caused him to consider changing was the cost of being excluded. The racist views he had learned at home resulted in a social ostracism in college. So exclusion was an important factor; but if he had only experienced exclusion, he likely would have become even more entrenched in his bigotry. However, college also presented him with important tastes of inclusion that gave him a glimpse of a different way of being in the world. He experienced firsthand that the racial minorities he had been taught to hate were in person nothing like what he had been told growing up. In particular (and this part is especially devastating and difficult after the recent mass shooting at the Tree of Life Synagogue) his heart was opened by Jewish students at his college inviting him—a famous White Supremacist—to join them at Shabbat dinners (Saslow 210). Importantly they were only willing to risk that invitation once they had seen that as repugnant as Black’s racist views were that he did not have any record or inclination of physical violence. This story reminds me of the four practices we learned from Dr. Brené Brown a few posts ago: “(1) People are hard to hate close up. Move in. (2) Speak truth to bullshit. Be civil. (3) Hold Hands. With strangers. (4) Strong back. Soft front. Wild heart.”

For now, I will conclude by inviting you to read one of my favorite poems that always challenges me to open back up and search for creative possibilities if I find myself hardening into a position of rigid fundamentalism: “The Place Where We Are Right“ by Yehuda Amichai (1924-2000). Amichai is widely considered Israel’s greatest modern poet, and this poem is written out of the ongoing Israeli-Palestinian conflict.

More Voices
The Love of Wisdom & the Wisdom of...
Carl Gregg