The English writer H. G. Wells (1866-1946) is best remembered for his science fiction novels—The Time Machine (1895), The Island of Doctor Moreau (1896), The Invisible Man (1897), and The War of the Worlds (1898). Wells was also a futurist, and his books “foresaw the advent of aircraft, tanks, space travel, nuclear weapons, satellite television and something resembling the World Wide Web.”

In response to the horrors of the first World War, Wells similarly attempted to peer into the future:

There can be no peace now, we realize, but a common peace in all the world; no prosperity but a general prosperity. But there can be no common peace and prosperity without common historical ideas…. With nothing but narrow, selfish, and conflicting nationalist traditions…people are bound to drift towards conflict and destruction. (Christian viii)

The historian David Christian is one of the best examples I know of someone attempting to take on the project that Wells called for, of cultivating common historical ideas for the whole human race.

Dr. Christian was trained at Oxford, and since the 1980s, he has been developing a perspective he calls Big History, which “frames human history in terms of cosmic, geological, and biological history.” He is the director of Macquarie University’s Big History Institute, and is the cofounder, along with Bill Gates, of the Big History Project, which has built a free online high-school syllabus on big history.

Here’s a chart that is one example of a tool Dr. Christian has developed for helping us grasp the span of Big History. (Note, in particular, the shift in the righthand column from years to days to minutes and back to years.):

The following is another attempt at making “Deep Time” understandable:

Imagine that you have thirty large volumes on your bookshelf. Each tome is 450 pages long, and every page stands for one million years. Let this set of books represent the scientific story of our 13.7 billion-year-old universe.

The narrative begins with the Big Bang on page 1 of Volume 1, but the first twenty-one books show no obvious signs of life at all. The earth story begins only in Volume 21, 4.5 billion years ago, but life doesn’t appear until Volume 22, about 3.8 billion years ago. Even then, living organisms do not become particularly interesting, at least in human terms, until almost the end of Volume 29. There, the famous Cambrian Explosion occurs, and the patterns of life suddenly burst out into an unprecedented array of complexity and diversity.

Dinosaurs come in around the middle of Volume 30 but are wiped out on page 385. Only during the last sixty-five pages of Volume 30 does mammalian life begin to flourish. Our hominid ancestors show up several pages from the end of volume 30, but modern humans do not appear until the bottom of the final page. The entire history of human intelligence, ethics, religious aspiration, and scientific discovery takes up only the last few lines on the last page of the last volume. (Dowd xii)

I remember as a child the first time I really “got” that the sun doesn’t really rise in the East and set in the West. Rather, our planet spins completely on its axis (every 24 hours) while also circling (every year) around the sun. Whoa! I know some of you are astronomy experts who think this way all the time, but for the rest of us, it can be a little trippy to shift into remembering how our place in the solar system actually works.

I can also remember the first time I really began to grasp “deep space” and “deep time”: that our solar system is on the edge of the Milky Way galaxy that itself is one of at least two trillion galaxies in the universe. And that is all part of the 13.8 billion year old Universe Story. Whoa! Again, it can be mind-blowing if you stop and really consider it.

And I would like to invite us to spend a few minutes reflecting on how that sort of comic perspective can shift our way of being in the world. And I would like to use one particular moment as a prime example of what I’m talking about.

On December 24 (Christmas Eve) 1968, three astronauts, the crew of Apollo 8, became the first human beings to leave Earth’s orbit. Their first three orbits were focused on the surface of the moon. Then on their fourth orbit, the following exchange was captured by the onboard voice recorder:

Borman: Oh my God! Look at that picture over there! Here’s the Earth coming up. Wow, that is pretty.

Borman: (Laughter) You got a color film, Jim [Lovell]?

Anders: Hand me that roll of color quick, will you—

Lovell: Take several of them! Here, give it to me… 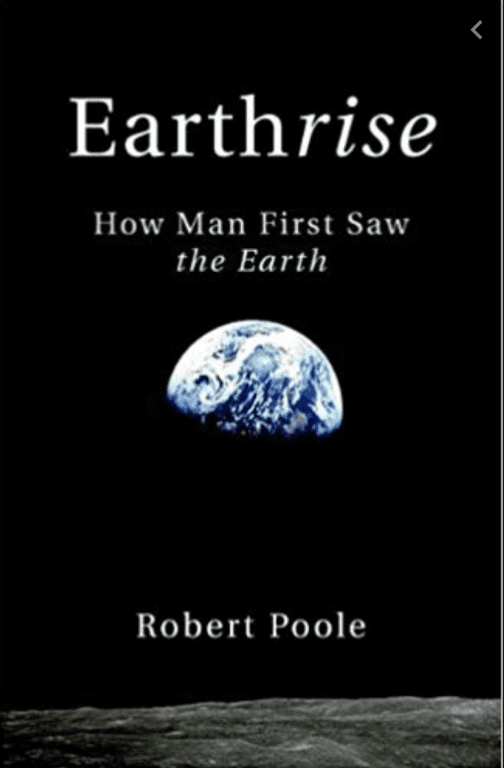 How human that exchange is! The good news is that they did get it together to take a photo in that unexpected moment including the famous “Earthrise” photo.

Anders later reflected on why that moment caught them by surprise:

We’d spent all our time on Earth training about how to study the Moon, how to go to the Moon; it was very lunar oriented. And yet when I looked up and saw the Earth coming up on this very stark, beat up lunar horizon—an Earth that was the only color that we could see, a very fragile looking Earth, a very delicate looking Earth—I was immediately almost overcome by the thought that here we came all this way to the Moon, and yet the most significant thing we’re seeing is our own home planet, the Earth. (2)

Indeed, in a fascinating example of how what you think will be important is often different than what is actually important, if you look back at NASA’s mission plans for Apollo 8, photos of the Earth were categorized as “targets of opportunity” and “lowest priority.”

But after viewing that first photo, the poet Archibald MacLeish famously wrote that:

For the first time in all of time, [humans] have seen the Earth: seen it not as continents or oceans from the little distance of a hundred miles or two or three, but seen it from the depths of space; seen it whole and round and beautiful and small…. To see the Earth as it truly is, small and blue and beautiful in that eternal silence where it floats, is to see ourselves as riders on the Earth together, brothers [and sisters] on that bright loveliness in the eternal cold—[sisters and] brothers who know that they are truly [siblings]. (8)

It is not a coincidence that fifteen months after that December 1968 “Earthrise” photo was published, the first Earth Day was celebrated in April 1970. That first visual image of the Earth helped further catalyze the burgeoning environmental moment (9).

Similarly, it is striking to read the reports of astronauts reflecting on how the Earth seems from space. An Apollo 15 astronaut said that as he looked back at Earth, it “shrank from the size of a basketball, to a baseball, a golf ball, and finally a marble. The most beautiful marble you could imagine.” Or in the words of an Apollo 11 astronaut:

I looked out of my window and tried to find Earth. The little planet is so small out there in the vastness that at first I couldn’t even locate it. And when I did, a tingling of awe spread over me. There it was, shining like a jewel in a black sky.… I looked away for a moment and, poof, it was gone. I couldn’t find it again without searching closely.

Here on Earth, our planet seems massive. So it is remarkable to consider that from the relatively nearby perspective of being near our moon, there are many times one might not be able to even locate Earth amidst the vast inky darkness of space.

But my absolute favorite astronaut quote comes from Edgar Mitchell from Apollo 14, who said that from the point of view of space,

You develop an instant global consciousness, a people orientation, an intense dissatisfaction with the state of the world and a compulsion to do something about it. From out there on the moon, international politics look so petty. You want to grab a politician by the scruff of the neck, and drag him a quarter of a million miles out and say, “Look at that, you [beep].” [Insert word, it’s probably best I not include.]

Now, I readily admit that I can get lost sometimes in those petty squabbles Mitchell criticizes. But I am always grateful for reminders such as “Earthrise” that point me back to the bigger picture. Developing a global consciousness—and cultivating a cosmic awareness of deep time and big history—can be some of the most powerful tools in working toward the Unitarian Universalist Sixth Principle calls, “The goal of world community with peace, liberty, and justice for all.”

In that spirit, for now, I will leave you with one final quote, this time from Carl Sagan’s final book for a popular audience, Pale Blue Dot: A Vision of the Human Future in Space. It was published in 1994, two years before his death. (He was only 62 when he died.)

The inspiration for that final book is the famous Pale Blue Dot photograph taken in 1990 of planet Earth from 3.7 billion miles away by the Voyager 1 space probe: “In the photograph, Earth’s apparent size is less than a pixel; [our] planet appears as a tiny dot against the vastness of space, among bands of sunlight reflected by the camera.” Reflecting on that photo, Sagan wrote:

Our posturings, our imagined self-importance, the delusions that we have some privileged position, are challenged by this point of pale light. Our planet is a lonely speck in the great enveloping cosmic dark…. There is no hint that help will come from elsewhere to save us from ourselves…. This distant image of our tiny wold…underscores our responsibility to deal more kindly with one another, and to preserve and cherish the pale blue dot, the only home we’ve got. (191-192)

October 30, 2019 Defense Against the Dark Arts: Harry Potter for Such a Time as This
Recent Comments
0 | Leave a Comment
"Whoever thought up the phrase "Defund the Police" should be run out of town on ..."
Michel What Does #DefundThePolice Really Mean? Awakening ..."
"All true, and there are a lot of stories which must be told...I only would ..."
Michel The Stories We Tell Matter: On ..."
"Nice article. I am a fan of the Harris duo and this topic. Why is ..."
Jesse Meditation, Neuroscience, Psychedelics: Who Am I? ..."
"When challenged by some as to what makes me think that I, a woman, can ..."
Cheryel “Your Daughters Shall Prophecy”: Fulfilling the ..."
Browse Our Archives
get the latest from
Carl Gregg
Sign up for our newsletter
POPULAR AT PATHEOS More Voices
1

Vicka: “It is a very, very...
Mystic Post
Related posts from Carl Gregg 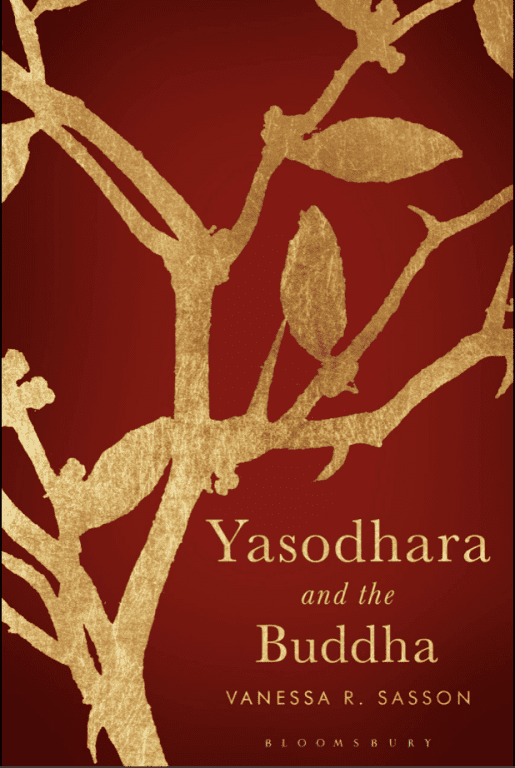 Yasodhara: The Forgotten Story of the Buddha's Wife
Growing up in a theologically conservative congregation in South Carolina, I was...