Today is the feast of St. Benedict.

This morning at mass, Father Tom Francis (who works with me at the Abbey Store) preached on the Rule and on his life experience as a Trappist monk for over 50 years now. During the sermon, he mentioned a conversation that he and I and another Lay Cistercian had a while back about a phrase in the prologue to the Holy Rule of St. Benedict: et apertis oculis nostris ad deificum lumen, which is often translated as “Let us open our eyes to the light that comes from God,” but which might more properly be translated as “Let us open our eyes to the deifying light.” I asked Fr. Tom about this, and he agreed with me that this is a rare example of a western mystic acknowledging the mystery of deification — and expanded on this in this morning’s sermon, which, by permission of Father Tom, I am happy to reprint here:

In 1951, I was given a copy of the Rule of St. Benedict, which eventually had to have its cover replaced, as the original one wore out. I can now say, “See, I have kept the Rule all these years!” I remember an aphorism of those days, given by both the Abbot and Novice Master and in all Religious Orders: “You keep the Rule and the Rule will keep you.” Of course that was a bum steer, a cliché of Religious life since the Council of Trent, when motivation for the following centuries was based mostly on “Keeping rules and regulations.” We are fortunate indeed to have had the Vatican Council re-examine these worn-out cliches, and restore us to Gospel values, rather than emphasizing conduct based on written law..

Two weeks ago in the Abbey Store, we had an interesting conversation in our store, between Carl, our book buyer, Paco and myself. It concerned the Latin word used in the Prologue : in the expression, “Let us open our eyes to the deifying light.”. The term deificum is a rare Latin word, translated from the Greek word for “making divine”, what they referred to as “theosis” = divinizing, making God-like. That was their term for striving, as the Latin West preferred to say, for holiness, sanctification, perfection. The Greek Fathers, to this day, urge both monks and laity to Theosis, striving to become God-like, divinized. Benedict seized on the term, and used its adjectival form “deificum lumen.” Thomas Merton quoted the line in our reading from The Waters of Siloe at the Night Office this very morning.. Unfortunately neither he, nor Benedict, nor the vast majority of Latin writers unpacked the meaning of both the word and its full significance. Benedict used the adjective to modify “light”, a symbol for “divine meaning, intelligibility.”

But in order NOT to be repetitive of past views, I would hope to be a bit creative with this term, and apply it to silence: silentium, “deificum silentium” — a value that pervades the Rule of Benedict

Silence, as you all know, is not a virtue, like charity ,patience or humility. One does not make acts of silence. Rather it is a condition, a milieu, an environment in which something else takes place. We have been sharing on silence and solitude in our community discussions recently. As is well known, Benedict not only devoted a chapter (chapter 6) to this “condition”, but all through the Rule brings up its importance and value. For instance, in chapter 42, it is announced as the guiding principle of the whole of monastic life: “ At all times silence is to be cultivated by the monks, especially at night.” Complete silence in refectory and oratory; It’s value is mentioned in chapter 4 (good works), chapter 7 (humility), and elsewhere. So far I have merely repeated when and where this value of silence is expected.

But as is my usual procedure, I’d like to start pushing the envelope. In the teaching of Jesus Himself on Prayer, He instructs all of us, “When you pray, go into your chamber ( your heart), close the door, and pray to your Father in secret.” The operative phrase, as I see it, is “close the door” = keep completely still, silent = shut down your normal consciousness, with its operations of thinking, desiring, imagining and remembering, especially and particularly the religious, biblical, ascetical, ideas, symbols, values, quotations.

“Be still (silent), in the depths and totality of your be-ing, and know that I am God. I am the God that is divinizing you, making you God-like, and your principal role is to be silent, let the “deifying silence” of God divinize you. And let me push the envelope even further: “let the Triune God trinitize you = make you aware of the Trinity dwelling within you and the cosmos. Such is the kind of prayer Benedict wants for us monks; indeed, it is for all Christians.

Let me end by quoting a line from our own Blessed Rafael Baron: “Let us be silent. Let us keep silence, for in it we will find our treasure, which is God” Triune! And so, whether you stick to the “deifying light” of the literal Rule, or the Trinitizing Love of a more “complete” interpretation, do have an enjoyable day!

I told Father Tom after the mass that I believe this is the first time I have ever heard the Mystery of Deification addressed from a Christian pulpit. I hope it won’t be the last. 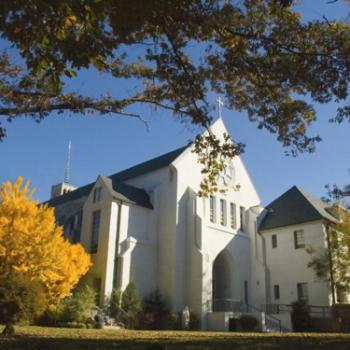 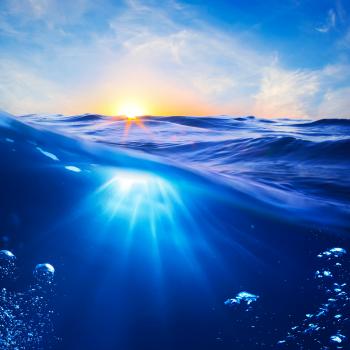 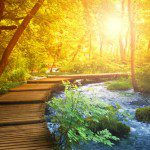 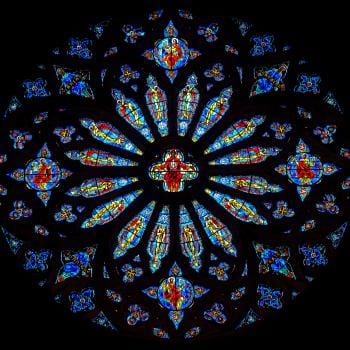 Contemplative
What We Need for Union with God
Carl McColman 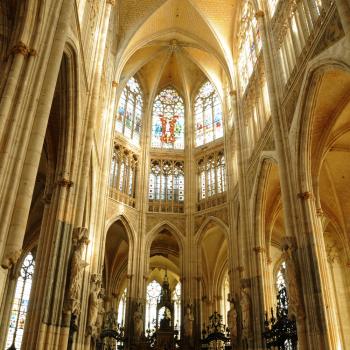 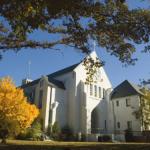 Missing Your Favorite Monastery or Retreat House? Here...
In these extraordinary times that we find ourselves in, I have been...