On Being a Lay Cistercian

I get asked that question a lot, especially when I’m at the monastery where I work and pray and lead retreats. Perhaps it’s because of my greying hair and scruffy beard. Whatever the reason, I always see it as a compliment, but of course, I’m not a monk. So I say, “No, I’m not; I’m what is called a Lay Cistercian.”

“What’s that?” is the inevitable follow-up question.

“I’m a layperson, like any other — I have a wife and a daughter and a monthly mortgage to pay. But I do have a formal, spiritual relationship with the monastery. Lay Cistercians are people who feel called to express their Christian faith under the guidance not only of the Gospel, but also of the Rule of St. Benedict, and the charisms — the gifts — of the Cistercian monastic tradition.”

For most people, that’s enough of an explanation, and the conversation meanders on to other topics. What those people don’t realize is that, for me and my brother and sister Lay Cistercians, this explanation barely scratches the surface. Being a Lay Cistercian means something far more than just joining a club or taking up a hobby. For us, it is, indeed, a calling; a sense that God has invited us into this way of life, and blessed us with its many gifts. And while being a Lay Cistercian does not carry the same degree of sacramental/consecrated commitment that goes into becoming a monk — monks take vows, whereas Lay Cistercians make promises — those of us who do discern this calling, and make this promise, take it very seriously indeed.

Monasteries have been part of the Christian world since at least the fourth century CE. St. Benedict wrote his rule for monasteries in the early sixth century, and the Cistercian reform began in the late 11th century. Ironically, though, Lay Cistercians — communities of laypersons who affiliate with Cistercian monasteries for education, formation, and spiritual guidance — only emerged in the late twentieth century. We seem to be a postmodern phenomenon, an outgrowth of the second Vatican Council and the increasing recognition among Christians that holiness is not just for saints, but for everyone. And while most Christians recognize their path to holiness through the ordinary commitments to family, church, and work, some discern a yearning to embrace the wisdom, culture, and teachings of the monastic tradition — not to become monks or “monk-wannabes” and certainly not to engage in an ego-trip or an occasion for puffed up pride. Rather, those who sense a call to become Lay Cistercians recognize that this is a way to cultivate a committed, mature, life of faith — not “the” way, and by no means “the right” way, but simply “a” way. And for those who sense such a call, it is the best way — for us.

So what is involved in becoming a Lay Cistercian? First of all, it’s not something you do on your own. There will never be a “Lay Cistercians for Dummies” book with instructions on how to do-it-yourself. Just as monasteries are built on the foundation of community, so is the Lay Cistercian family. To be a Lay Cistercian means to join a community of Lay Cistercians, and by definition, a Lay Cistercian community exists in relationship with a Cistercian monastery or convent. Not all monasteries or convents have Lay Cistercian associates: some monasteries don’t want them, and that’s their prerogative. But for the ones that do, the relationship between the monastics and the Lay Cistercians is a rich and mutually rewarding connection. The monastics (from now on I’ll use this term since it encompasses both monks and nuns) teach, inspire, and guide the lay people who come to them for direction. In return, the lay associates pray with and for the monks, support the monastery through volunteer work and financial gifts, and express our appreciation by being good friends to the monastics and by seeking to share the Cistercian charism with society at large. For monastics, living within a cloister (monastic enclosure) is an experience of creating a rich and lifelong spiritual family. Lay Cistercians, therefore, function as the “extended family” — we do not live with the monks, but we love to visit.

So what is unique about the “Cistercian charism” — the gifts of the Cistercian way of life? And how do those gifts apply to laypeople, who are not now, and probably never will be, monastics themselves? Different Lay Cistercians will undoubtedly answer this question in different ways. For me, what is rich about the Cistercian charism is the fact that monastics live a life “wholly ordered to contemplation” (that’s a phrase found in their constitution). Contemplation — resting quietly, silently, in the mystery of the divine presence of God — is not just about having a meditation or centering prayer practice for twenty minutes once or twice a day (although such a discipline certainly can be important). Contemplation is a way of life. It involves simplicity, and a willingness to let go of our societal addiction to mindless consumerism and excessive busy-ness. It cherishes times of solitude and retreat, even when balanced with the overall demands of family and professional life. It recognizes that daily devotion to prayer, to the sacred reading of scripture or other holy writings, and to the unglamorous work of seeking to become truly humble and loving toward our neighbors — this is what contemplation is all about. And this is what monastics have “wholly ordered” their lives around. And so we Lay Cistercians seek to do the same, obviously adapted to the realities of life outside of the monastery cloister.

I first began discerning whether I had a call to become a Lay Cistercian in the fall of 2006. On May 6, 2012 — almost six years later — I stood before five monks, including the abbot, of the monastery where I study, and pray, and work, and retreat, and made my prayerfully considered promise to follow the Cistercian path for life.  Being a life-professed Lay Cistercian, of course, does not mean that I’m “done” with the experience of exploring Cistercian spirituality. On the contrary, the journey appears to have just begun.

Lay Cistercians know how to have fun. This video shows us celebrating the birthdays of Fr. Luke (100 years old!) and Fr. Anthony (a mere 83) in August 2011.

If you would like to learn more about Lay Cistercian spirituality, explore these links: 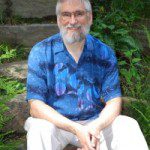 May 29, 2013
Three Video Clips: Speaking of Mysticism in Portland, OR
Next Post 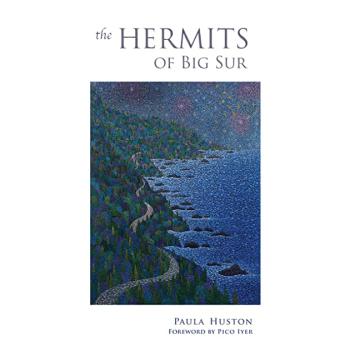 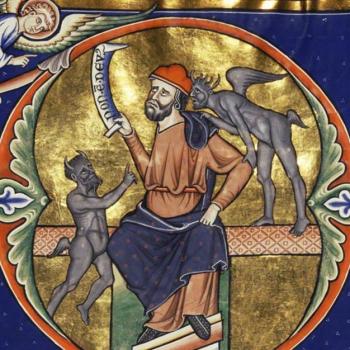 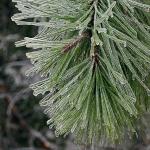