Talk about a trip down memory lane.

Richard Cole’s Catholic By Choice: Why I Embraced the Faith, Joined the Church, and Embarked On the Adventure of a Lifetime (Loyola Press) recounts the story of how the author, at midlife, suddenly embraced the Catholic faith, even though he had spent most of his adult life looking down on religiously devout people as somehow mentally or emotionally deficient. Raised a mainline Protestant, like so many members of his (my) generation, Cole never gave the idea of spirituality a second thought until forced to do so when he entered recovery as an alcoholic. Even then, church never really figured in his own psychic landscape, except for offering a few prayers here and there when his wife had difficulty getting pregnant — that is, until for his 49th birthday his wife arranged for him to spend a few days at a Benedictine monastery. That was all it took. Strangely moved by his encounter with intentional religious life, the author found himself longing to participate in liturgical worship when he got back home, and so he began attending Sunday mass. The rest, well, may or may not be history, but it is charmingly recounted in this book, which takes us on the eighteen month journey from that first monastic experience to Cole’s journey through studying the faith, culminating in his participation in the Rite of Christian Initiation for Adults (RCIA) during the Easter vigil of 2000.

Five years after Richard Cole, I did the same thing. I was a few years younger than he was, but still firmly in midlife; I did not come to Catholicism from a secular background, but after about a seven year stint studying and practicing Neopaganism. But despite these differences, I see so many similarities between his and my stories: the role that a monastery played in the initial attraction; the surprise of feeling like “falling in love” (not only with God, but with the church and indeed Catholic culture); the sense of intellectual stimulation through reading everything from church history to theology to spirituality; the sometimes delicate task of negotiating relationships with those who didn’t like or understand what was going on (for Cole, that meant his boss and his wife; for me, it meant mostly my Pagan friends, some of whom understandably felt betrayed by my transformation).

Of course, having said all that, I’m also keenly aware of how Richard Cole’s story is different from my own, and that makes me wish there were some issues addressed in this book that he either didn’t touch at all, or just barely mentions. He flirts with some big issues a few times, but seems to drop them almost as fast as he raises them. For example, he mentions discussing with his catechist concerns about some matters of church doctrine, but his way of resolving those concerns seems, well, facile.

I had issues with some church doctrines such as birth control, gay sexuality, women as priests—the usual sticking points of many, though not all, North American Catholics these days. But I learned that the church calls us to honor these issues by sincerely examining, understanding, and even wrestling with what it teaches. You don’t simply agree or disagree. You read church doctrine and Scripture. You pray. You fully articulate your own position and think through issues you might have with the church. Instead of settling for cafeteria-style Catholicism, you hold an ongoing dialogue that preserves and even enriches your relationship with the church. From the outside, the church might look like a solid, monolithic pyramid with big pope on top and all those itsy-bitsy Catholics running around the bottom like ants. But I was learning that from the inside, it was much more like a family. Yes, you defer to the head of the family, but this doesn’t mean you check your brain, or your heart, at the door. Besides, when all was said and done, I had no problem accepting the authority of Rome.

It was also convenient that Lauren and I were married and passed our childbearing years, and that we had already made clinically certain we weren’t going to have anymore kids. The whole premarital sex/contraception/abortion argument was no longer an issue that could affect us directly.

Speaking of Lauren — Cole’s wife — an interesting sub-plot of this book involves her decidedly complex relationship with Catholicism. On the one hand, she is fully supportive of his journey into Catholicism, having set up his initial monastic retreat and encouraging him to attend daily mass and eventually join the church. But her spirituality is explicitly new age, with an emphasis on reincarnation, psychic readings, and Goddess spirituality. The author admits to being annoyed by her refusal to accept the authority of Rome, but he never fully explores why she rejects church authority, refuses to practice the faith, or how the two of them eventually manage to compromise as a married couple with deep theological disagreements.

Cole wrote this book only about a year after his conversion experience; remembering where I was a year after I entered the church, I understand his tendency to play down the difficult issues — like any love relationship, at first it’s easy to filter out the challenging aspects of the relationship, because the “high” is still so real. I’m sorry that he didn’t include in the book more of a sense of how his faith has matured over time, but maybe he’s saving that for a sequel. And of course, the contemplative in me wishes he talked more about the role that the monastery (or other monasteries, since the one Cole initially visited eventually closed for lack of new vocations) has played in his ongoing spiritual life. He does talk about returning to the monastery one time while he was still in RCIA class, but he seems to be more disappointed that time around — probably because Benedictine ordinariness collided with his romanticized love for the church at that point in his journey. This is very normal, and indeed good. But after that, monasticism pretty much disappears from this book. I’d love to know more about how monastic culture has been an ongoing blessing in Cole’s life (if it has). Once again, I suppose I’ll have to wait for a sequel.

So as a religious love story, Catholic By Choice is a charming and heartfelt book. But the story feels just a little incomplete to me. It’s a little like The Seven Storey Mountain — Thomas Merton’s autobiography, written while he was still in his 30s (!) — in that it presents very much a love affair with Catholicism, passionate and joyful but also a love that hasn’t been weathered and tempered by time. That has its place; but on the other hand, Merton eventually found The Seven Storey Mountain to be a bit embarrassing for its immature arrogance. Hopefully, Richard Cole won’t end up feeling that way about his book. But I guess only time will tell.

Disclosure: A complimentary copy of the book reviewed in this post was supplied to me by the publisher, for the purpose of reviewing it. If you follow the link of a product mentioned in this post and purchase it or other items from Amazon.com, I receives a small commission from Amazon. Thank you for doing so — your support keeps this blog going. 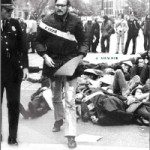 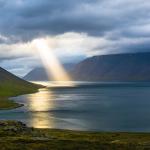 May 10, 2014 A Prayer for the Morning
Recent Comments
0 | Leave a Comment
Browse Our Archives
get the latest from
Carl McColman
Sign up for our newsletter
POPULAR AT PATHEOS Contemplative
1 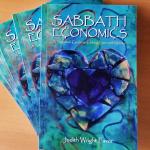