Dear Pope Francis… (or as they say in Ireland, A Phápa Proinsias, a chara…)

Dear Pope Francis… (or as they say in Ireland, A Phápa Proinsias, a chara…) March 10, 2016 Carl McColman

Did you know that when Pope Francis was a little boy, he wanted to be a butcher when he grew up?

Or that, as a young man, his favorite dance was the tango?

These are just two of many delightful surprises found in Dear Pope Francis: The Pope Answers Letters from Children Around the World, newly published by Loyola Press. Children from Jesuit schools around the world were invited to write a brief letter to the pope, asking him one question, and drawing a picture to accompany their note.

Over 250 letters from children in 26 countries were gathered and submitted to Pope Francis, who chose thirty of them for personal answers, in his own homespun, down-to-earth voice. Those letters and the Pope’s replies are featured in this book, which simply oozes with charm.

The children (who range in age from 7 to 13) ask questions that cover a wide terrain — as described in the book’s endnotes, “from the fun to the serious, the curious to the profound.” And while it’s easy to smile broadly at the Holy Father’s almost rueful admission that as a child he aspired to sell meat for a living, what truly makes this book a keeper is Pope Francis’s thoughtful and compassionate responses to the more weighty questions.

Plenty of theological issues flow through these letters, as children ask about the cause of suffering, whether guardian angels watch over those who do evil, and even if the Pope could explain why Catechism classes are necessary (Francis’s reply: we attend Catechism to get to know Jesus better).

A boy from Singapore asked why God created humankind knowing we would sin; the Pope replied with a surprisingly thoughtful meditation on the importance of freedom.

When a Canadian wondered about God’s activity before the beginning of creation, the Pope waxed philosophical concerning time, before emphasizing the eternality of Divine love.

In response to a Chinese boy concerned about the eternal fate of his non-Catholic grandfather, the pontiff mentioned the story of the Curé d’Ars’ comforting words to a mother, distraught because her husband had jumped off a bridge: “Look, between the bridge and the river, there is the mercy of God.”

Social justice is never very far from the heart of Pope Francis, and this passion of his shows up in these letters. He tells a youngster from Australia that the real cause of poverty is poor distribution of the world’s food and other goods. Responding to a boy from Syria, he points out that arms manufacturers and dealers share the responsibility for the violence in the world.

For me, the children’s letters — always accompanied by a colorful drawing, and the question penned in their own tongue — were just as big a delight as Pope Francis’s thoughtful answers. Although the book’s editor helpfully provided English translations of all the letters, seeing the children’s own script, in languages from around the globe, truly brought home the “catholic” nature of the church. My Gaelic heart was especially moved by young Clara from Ireland’s letter, in which she asked the Pope if he felt “like a father to everyone” — beautifully written sa Ghaeilge (in Irish).

This book is just so good in so many ways. It’s for kids, of course, but kids of all ages. Help the Bunny out, and give this book to someone you love this Easter. 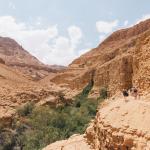 March 9, 2016
Three Approaches to Prayer When the Dry Times Come
Next Post 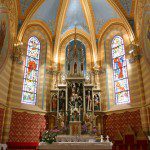 March 16, 2016 Do Contemplatives Need the Church?
Recent Comments
0 | Leave a Comment
"hey brother you asked for my thoughts you got them. not looking for atheist portals, ..."
s clark Living in the Spirit of Contemplative ..."
"Somebody had a hard time finding the atheist portal, it looks like."
Carl McColman Living in the Spirit of Contemplative ..."
"This is terrific. Roger. Love it."
Roger Butts A Mystical Catechism
"the bible is all we need to understand our lives but we need teachers thro ..."
Joe Biggs Seven Ways to Think About Christian ..."
Browse Our Archives
get the latest from
Carl McColman
Sign up for our newsletter
POPULAR AT PATHEOS Contemplative
1 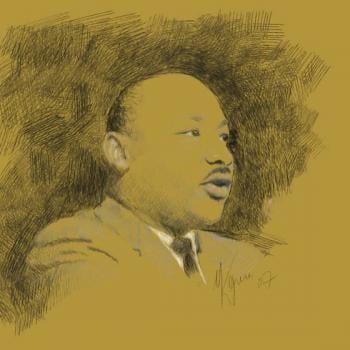 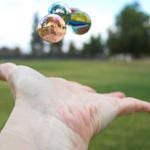