A friend on Facebook a few weeks back asked me what is the relationship between mysticism and separatism. Put another way: does the mystical life inherently involve a quest for separation — from the world, the flesh, the body, basically from all that is “not-God”?

In other words, does our quest for union with God necessarily imply withdrawing from anything and everything that threatens to hold us back from God?

Certainly mystical traditions from around the world — not just Christianity — have plenty of writings and teachings that speak to this idea: that renunciation of all that is “not-God” is essential to truly embracing God.

It’s what Plotinus called “the flight of the alone to the Alone.” Only in my solitude — my separation, my claustration, my rejection of all that is “impure” — can I truly be prepared to receive God in God’s fullness. Or so the thinking goes.

There are plenty of buts that can go here. Is this quest for spiritual purity actually a kind of dualism, a way of thinking that “Spirit” is holy and good, while “matter” — and, in particular, “the body” — is somehow defective, or sinful, or even evil?

Perhaps an ever bigger “but” — at least for Christians — is the recognition that this kind of escape-from-matter is not something that Jesus taught — or, at the very least, not something he consistently taught.

The Gospels make it clear: the spiritual teachings of Jesus tend to emphasize mercy over judgment, hospitality over purity, and loving others over trying to be “good enough” for God.

I don’t mean to imply that Jesus never taught separation — after all, he said that only those who were willing to deny their earthly families were worthy to be his disciples. But overall, his message seems to be pretty earth-, body-, and community-positive. He does not call for separation so much as integration.

As is so often the case in mystical wisdom, we have bumped into yet another paradox here. Yes, there is a long tradition of mysticism-as-escape-from-the-suffering-of-the-world. But there is also, arguably, just as long of a tradition that celebrates the mysticism-of-finding-God-in-all-things. All things — even in the things that some contemplatives might feel we ought to separate ourselves from.

Examples of the Paradox

St. Thomas à Kempis, in his classic book The Imitation of Christ, argues that a person of faith should avoid talking to strangers (this may have been pragmatic; after all, he lived in a time when the bubonic plague was still fresh in the memory of Europeans). But in his Holy Rule, St. Benedict insists that monks should welcome their guests as if they were welcoming Christ himself.

Then there is The Cloud of Unknowing, a 14th-century book which insists that we should put all our earthly cares, loves, and attachments under a “cloud of forgetting” when we seek God who is hidden in a “cloud of unknowing.” But another author from the same time, Julian of Norwich, insists in her Revelations of Divine Love that “the fullness of joy is to behold God in all.”

The twentieth century mystic Thomas Merton embodies the paradox himself, in his own life. As a young man, newly converted to Catholicism, he visited Havana and attended a Mass at a Franciscan Church, where — as he recounts in The Seven Storey Mountain — he encounters the presence of God by gazing at the elevated host: a God of purity, of distance, of transcendence. About eighteen years later, he tells the story in Conjectures of a Guilty Bystander of a moment of epiphany he experienced on a street corner in downtown Louisville, KY — where in a flash of mystical insight he realized “he loved all those people,” seeing God’s presence in the passersby with such lucidity that it seemed to him as if everyone were walking around, “shining like the sun.”

So which of these is the true path of the mystic? The path of renunciation, of separation, of purification and self-denial — or the path of compassion, of connection, of hospitality, of celebration? Do we opt for St. Ignatius of Loyola, who taught us to find God in all things, or do we stick with St. Francis de Sales, who emphasized penance and purgation in his teachings?

The reality is, mystical wisdom has always included these two essential “dynamics” of the mystical life: the path of purity, and the path of hospitality.

The path of purity stresses love of God over love of neighbor, and indeed argues that we should be willing to surrender everything in order to embrace union with God. “Sell all you have, give to the poor, and follow me.” I think many Christians in our time resist this strand in Christian teaching — because we too easily see how it can be abused, or how it can turn into a subtle form of self-hatred, a kind of spiritual anorexia.

But I don’t think we can just abandon the spirituality of separation, because it’s part of the tradition. Some of Jesus’s teachings, and Paul’s teachings, certainly seem to affirm separation and purity as important dynamics of spirituality.

Here is what I’d like to suggest: the spirituality of separation helps to prepare us to love others, by learning how to give ourselves totally to God. In other words, separation may be an important dimensions of spirituality for a season. It’s the spiritual equivalent of boot camp. If you enlist in the army or the marines, you don’t spend your entire career at boot camp (unless you end up a boot camp instructor). You get your basic training, and then you go on to where you are called to serve.

So the spirituality of separation is the “boot camp” of the mystical life. It would be a mistake to drop anchor there (sorry for the mixed metaphor). Ultimately, God calls us to understanding the distinction between creator and creature, not to make us hate creation, but to prepare us, paradoxically, to find God right in the middle of it.

In other words, Merton’s otherworldly mystical experience at the Mass in Cuba was a step on the path to his profoundly this-worldly epiphany on the street-corner, almost twenty-years later. He had to give his heart totally to God — and then God directed him to give that God-surrendered heart to everyone.

So mystics and contemplatives need a season of separation, of purification, of letting-go and holding on to God alone — but only to prepare ourselves for the lifelong practice of finding God in all things, finding Christ in all people, finding the fullness of joy by beholding God in all. We separate ourselves from all things out of love for God — and then God sends us right back into the world, to bring God’s love and mercy and hospitality to all who need it. 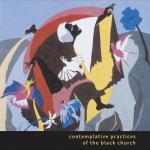 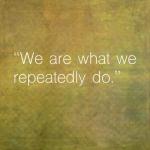 May 26, 2018 Learning to Love the "Habit" of Spirituality
Recent Comments
0 | Leave a Comment
Browse Our Archives
Related posts from Carl McColman 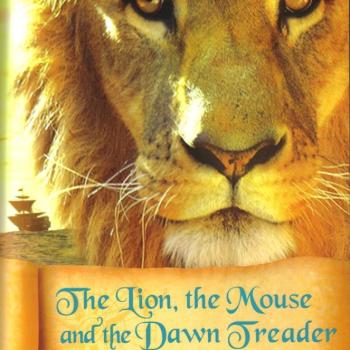 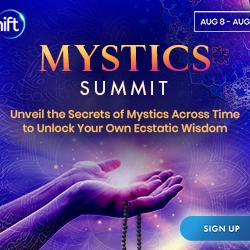 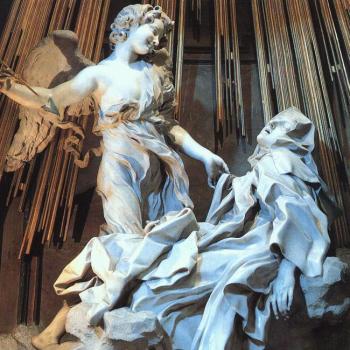 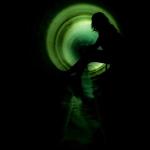 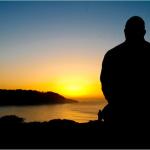 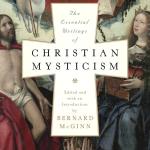 Twelve Mystical Anthologies That Belong in Every Contemplative...
There are literally hundreds of mystics in the Christian tradition alone —... 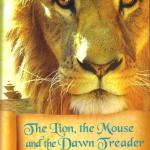 Happy Birthday, Dawn Treader!
The year 1952 in England has gotten a lot of attention lately,...
view all Contemplative blogs
What Are Your Thoughts?leave a comment
Copyright 2008-2021, Patheos. All rights reserved.
Close Ad