If Contemplative Prayer is For Resting in God, What Role Does Repentance Play?

Over the past month I have written several posts about Centering Prayer and contemplation, all in response to an email I received from an Episcopal priest with some thought-provoking questions about the theory and practice of contemplative spirituality.

You can read the original email here.

Here are the posts I’ve written in response to that email:

Today I want to respond to the last comment from the priest’s email:

Broader concerns about the place of repentance and resting in God just as we are as well, but that is enough for now.

It was just a throwaway line in the email, but it raises a great point. So I want to conclude my response to his email by commenting on this issue.

What is the issue? To state it simply: much of the conversation around Centering Prayer or other forms of contemplative practice stress the notion of rest as an important dimension of contemplative spirituality. Perhaps it has its roots in the classic philosophical treatise for Josef Pieper, Leisure: The Basis of Culture. I myself have often suggested that silent prayer is meant to be a “sabbath” experience: a break from the normal routine of life, the ordinary round of responsibilities and duties that shape our commitments to family, work, and parish.

Silent prayer is a time for setting aside our normal activities, to “be still and know” the presence of God, in our hearts and in our lives. So by its very nature, it is a spiritual practice grounded in the concept of resting in God.

But is there a risk or a danger in “resting in God”? At what point does rest stop being leisure and start to become sloth? And what is the relationship between contemplation and the heresy known as quietism?

Rest, Repentance, and Responding to God

I could be misunderstanding my reader’s original comment; but when he justaposed “the place of repentance” and “resting in God” I realized that many Christians might balk at the idea of prayer-as-rest, especially if they see Christian discipleship primarily in activist ways.

Repentance, after all, is the first thing Christ told people to do — see Mark 1:15. “Repent and believe the Gospel” was his initial command. Everything about Christian discipleship: the quest for holiness, the mandate to serve others, the commission to share the Gospel with the world — it all begins with this initial task: repent.

Well… how can one repent when one’s focus is on resting?

So there seems to be a fundamental contradiction in contemplation, at least in a Christian context. Christianity is an activist religion: it calls us to get off of our derrières and to get to work, amending our lives and building the “kingdom of God.” There’s no room for slackers here!

Which leads to the concept of “quietism.” As heresies go, quietism is one of the new kids on the block —it was only formally condemned by the pope in 1687.

Quietism began as a spiritual movement in 17th-century Europe, inspired by the writings of St. Teresa of Ávila and her notion of the “prayer of quiet.” The nuances of the quietest controversy cannot be adequately summarized in a single blog post, but at the risk of over-simplifying, quietism suggests that silent contemplation renders other kinds of spiritual practices: vocal prayer, the sacraments, the works of mercy — unnecessary or of little importance.

It’s a tendency that I still see among retreatants and spiritual seekers today — and, truth be told, I even see the temptation to quietism in my own heart. It basically says, “You give forty minutes a day to silence. Why do you need to bother with going to Mass, or reciting the daily office? Those things aren’t necessary when you spend so much time in silence!” Quietism is a subtle rejection of tradition and of community. I think you could make the argument that quietism was the first wave of “spiritual but not religious” thinking.

But here’s an important point to remember (and Christians have often forgotten this!) — what makes quietism a heresy is not anything wrong with contemplation or silence, but rather the problem of letting it get out of balance in our spiritual lives. A healthy spirituality lives in the tension of contemplation and action, self and community, silence and proclamation, spirituality and religion. It’s not one matters more than the other: that’s what gets in trouble.

It’s worth noting that, in order to avoid the heresy of quietism, many generations of Catholics have gone too far in the opposite direction, insisting that contemplation was only for saints and mystics — not for ordinary Christians. That is just as much a distortion. It doesn’t have a name since it has never been formally condemned, but I think we could call it anti-quietism. Quietism over-emphasizes contemplation to the detriment of other religious practices; anti-quietism rejects contemplation and insists only other, more activist or devotional practices are “safe.” Both of these positions are out of balance.

The healthy place in the middle recognizes both contemplation and other forms of devotion or activism as essential to healthy Christian discipleship. Silent prayer has its rightful place, but never at the expense of other spiritual (and religious) practices.

I imagine by now most readers will see where I’m going, in response to the original question.

Repentance — which literally means a “new mind” or perhaps even a “new consciousness” — is an essential element of Christian discipleship. A spirituality of rest should never preclude the importance of repentance.

But what is repentance? It’s not just “feeling sorry for our sins” — that, after all, is contrition. Repentance goes deeper: its adopting an entirely new orientation on life, a new outlook, a new perspective, a new path to follow. It’s the English translation of the Greek word μετάνοια — metanoia — which literally means “beyond the mind.” It implies going beyond old ways of thinking, old mental habits and perspectives, to something new and liberating.

Some teachers, like Cynthia Bourgeault, maintain that contemplation is a necessary practice for the kind of interior transformation of consciousness that makes repentance possible! And I would agree with this perspective.

That doesn’t mean that a person must practice silent prayer for a long time before he or she can repent! But it does remind us that repentance (adopting a new/higher consciousness) is a process, not a one-time event. This is why Catholics don’t emphasize making one life-changing “decision for Christ” — rather, we see the life of discipleship as an ongoing process, a life-long journey of many “decisions” for Christ, for God, for Love, that over time form us into the beautiful people God created us to be.

Contemplative prayer can help us on this lifelong journey of metanoia. But it’s never enough by itself. We need to pair a discipline of silent prayer with an overall life-orientation toward the pursuit of holiness, the desire to grow in grace, the willingness to embody our spiritual life in work, in forgiveness, in seeking justice, in turning away from anything that hinders the flow of grace in our lives.

In other words, the restfulness of contemplation needs to be paired with the “activeness” of a life dedicated to saying “yes” to God, to Love, to faith.

Back to the Sabbath analogy. The optimal week has six days of labor and one day of Sabbath rest. I think contemplation works the same way. I don’t mean to be legalistic or rigorist here, but if for every minute we spend in silence we give another six minutes to living our faith in more active, relational, and sacramental ways — that is probably a good rule of thumb. Many of us are much more faithful with the “work” than with the “rest” — and some might be more prone to rest than to work! Each person needs to be mindful of his or her temptations, and respond accordingly.

Obviously, there are many ways to act in response to God’s call, so it will differ for everyone. But if we keep in mind that silent practices, like Centering Prayer, are meant to be just one piece of the overall puzzle, then we are in the best possible position to respond to Divine Love in the most healthy and creative way possible. 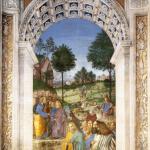 April 14, 2019
The Royal Donkey and the Reign of Humble Peace
Next Post 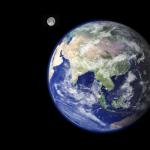 April 22, 2019 "Now is the Time to Wake Up!"
Recent Comments
0 | Leave a Comment
"I just posted last night “A Place” to my blog: https://truthinus.wordpress...I seek a place in ..."
Kathryn Hauser How to Find the Right Contemplative ..."
"You may find this amusing though. https://uploads.disquscdn.c..."
Catherine Some Thoughts On the Dolphins That ..."
"This is an interesting question. I can see how belief in something hopeful can help ..."
Catherine Some Thoughts On the Dolphins That ..."
"Thank you for this perspective, Carl. There is a lot of wisdom in Ken’s guidance. ..."
Michael Moore “Don’t Call Yourself a Mystic” — ..."
Browse Our Archives
Follow Us! 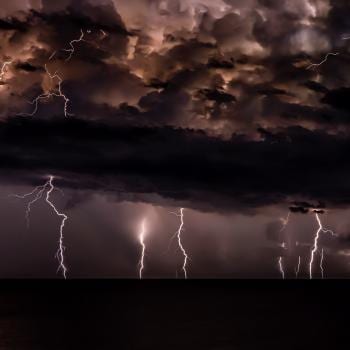