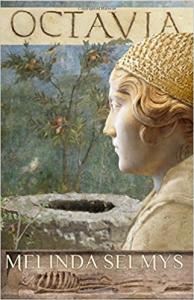 Summary: Once upon a time there was a girl named Octavia and a boy named William. They were looking for roman ruins in the woods but they never found any because they were nowhere near Rome. What they did find was a sunken well. For over a year it was their secret place and they played there every day. They never showed it to anyone else. William told all of his secrets to Octavia near that well, and when they were told he would take a stone and they would each put it in their mouths. William said that now the secret was held in the stone. William would throw the stone down the well. One day, when the well was full of secrets, William fell in. 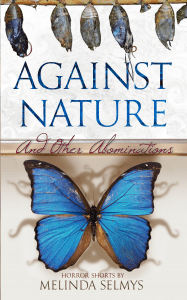 Against Nature: and Other Abominations

Summary:’It was an object of catastrophic beauty. A little lopsided, perhaps, but the asymmetry somehow added to its wretched charm. It was the moment that every artist fears, when he steps back from his work and sees for the first time what he has wrought.’ 16 Horror shorts by Melinda Selmys. 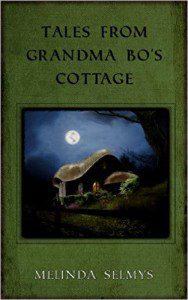 Summary: In a ruined cottage, in the backwoods of Suo, the ghost of an old woman sits by the fireside stirring a cauldron of Suese fat-pot. Her grandson kneels nearby in the shadows, nursing a cup of tea. It is a long time now since he asked her to tell him the story about death, and his dark hair is streaked with silver. He has traveled a long way, across his world, collecting the stories of the peoples who live there. Stories of magic and sacrifice, wars and idols, horror and love. 14 dark fantasy shorts. 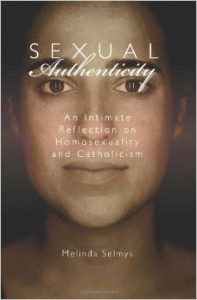 Sexual Authenticity: An Intimate Reflection on Homosexuality and Catholicism
by Melinda Selmys

Summary: Columnist and author Melinda Selmys gives readers an unusual opportunity to explore the topic of homosexuality and the Catholic Faith from a fresh, sincere perspective. Her intensely personal reflections help clarify the misconceptions that have hindered meaningful dialogue between Catholics and homosexuals. Transcending stereotypes and avoiding pat sentiments, she speaks directly to every Christian who has experienced same-sex attraction or knows someone who has. 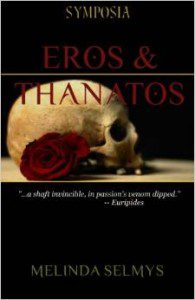 Summary: In these philosophical dialogues, questions of love, sex, death and retribution are explored by a group of characters representing a wide diversity and experience. Unlike many books with a dialogue format, this one doesn’t have a Socrates character who is always right. Each character brings some aspect of truth to the table and it is only through a clash of ideas and insights that they approach a solution to the problems they confront. 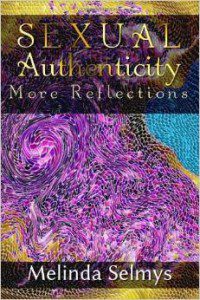 Summary: The view from the existential peripheries… Somewhere deep in no-man’s land there is a rag-tag bunker where you can watch the shells of the Culture War lighting up the night. The rainbow flag flutters to the West, in the East shines the Sign of the Cross. This book is written from that bunker. It is the fruit of seven years spent trying to formulate a better approach to dialogue between the Catholic Church and the LGBTQ community. Drawing on the material presented at sexualauthenticity.blogspot.com it explores questions like: “How can a gay Catholic be true to her sexual identity while remaining faithful to the Church?” “Is homophobia real, and what should Christians be doing about it?” “What does it mean to be gay, or queer, or trans? Why would a Christian choose to use those terms?” “Why would a gay person want to be Catholic in the first place?” Whether you’re an LGBTQ Christian looking for shelter, a straight Christian who loves someone gay, or a gay person looking for a better way to have the conversation about sexuality and faith this is a book that cuts through the politics and the bitterness to arrive at the heart of the queer person, made in the image and likeness of God. 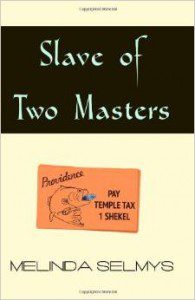 Summary: It is impossible to serve both God and Mammon. This is one of those hard sayings in the gospel that often causes people to go away sad. Material wealth seems like such an important part of happiness here on Earth that the cost of giving it up for Christ seems intolerable. Money secures so many basic human goods: freedom, choice, social status, dignity, self-respect, the ability to provide for others, and even life itself. Poverty may be a virtue: but surely it’s one of those gruelling, unpleasant virtues which are reserved for people who have made religious vows. Yet there is one thing that is difficult to explain. The people who have embraced the virtue of poverty have freedom, choice, love, dignity, self-respect, generosity and fullness of life. More so, in fact, than the people who have tried to obtain these things with gold. Everybody knows, vaguely, that this is true. The question is, how do we go about proving it from day to day? When Mammon promises us the world, if only we will bow down and worship him, how do we find the faith to trust in God instead?