CBB Review – The Reality of God 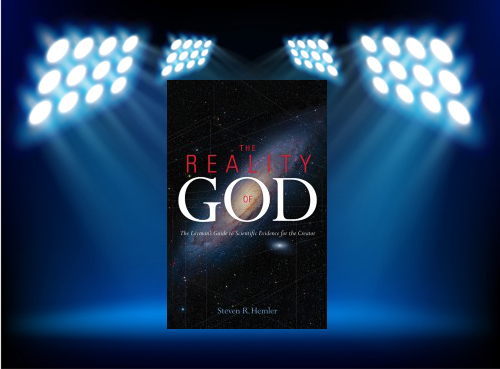 If you are here reading this you are very likely a faithful, God believing, Catholic. You may have any number of reasons you could attribute to your faithfulness and beliefs. These could include tradition, family history, or just a huge devotion to the Mass. These are subjective reasons based upon your own experiences. What if there were objective, scientific reasons that prove beyond the shadow of a doubt that God does indeed exist. Author Steven Hemler explores the science that proves the existence of God in his new book The Reality of God: The Layman’s Guide to Scientific Evidence for the Creator

. The book is a fascinating read that uses science to PROVE God’s existence contrary to the common use of science to disprove God.

In the first part of the book Steve proves this is through the example of some of the most famous mathematical equations of physics we know. Ones such as Einstein’ s E= Mc squared and Newton’s Second Law of Motion, F=ma all point to a higher being. As Steve states “The fact that the laws of physics are intelligible and can be expressed mathematically indicates they were created by an intelligent Mind. This intelligibility and mathematical elegance in the laws of nature could have come only from a creative and omniscient Mind; in other words, God”. The evidence presented does not stop there. Have you ever stopped to ponder how everything has to be “just right” for our very existence to occur? Steve covers “the earth’s life-sustaining magnetic field, oxygen rich atmosphere, and large moon”, all of which point to a higher intelligence involved in creation.

In Part Two the story of creation from Genesis is examined. Steve points out the long held view that the Genesis stories are not meant to be taken literally. When talking about the creation story Steve writes a paragraph that I think not only sums up creation but this entire basis for this book:

Concluding part two is a deep dive into evolution. If you get this book for nothing else this section is a must read. Utilizing the words of Pope Benedict XVI from his book In the Beginning and General Audiences of Pope John Paul II to show how God is in the workings of evolution. “Evolutionary creation allows that traditional religious beliefs about God are compatible with the modern understanding of biological evolution. Simply put, this position holds that there is a God, that God is the Creator of the universe and therefore all life within it, and that biological evolution is simply a natural process within that creation.”

The third and final part of the book deals with the human aspect of belief in God. The inner human nature we all have to believe in a higher being. This being revealed in God’s three “spoken words”. Creative word that that brought the universe into existence. Second, written word as given through the Bible. Third, living word in Jesus Christ.

I was always led to believe, through my public school education, that God had little to do with science yet, as I worked my way through this book I came to realize this was completely wrong. Numerous accounts and quotes were given from many of the greats from modern science that clearly showed their belief in a Creator. A belief that went beyond (or prior in this case) to an intelligent Being that had to exist in order to create the origins of the world we live in. Take up this book and read, even if you are like me and science is not your thing, there is much fruit to harvest in this book. Steve Hemler has done the Church a service by providing a book that utilizes science to affirm the existence of God. Well done Steve.