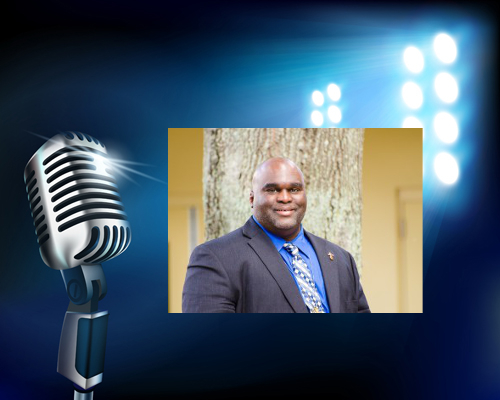 Deacon Harold Burke-Sivers – known around the world as the “Dynamic Deacon” – is one of the most sought-after speakers in the Church today. He is a powerful and passionate evangelist and preacher whose no-nonsense approach to living and proclaiming the Catholic faith is sure to challenge and inspire those who hear him.

Deacon Harold travels across the United States and around the world speaking at conferences, workshops, retreats, parish missions, high schools, and young adult events – in short, to people of all ages and from all walks of life who desire to know Jesus intimately and enjoy a deeper personal relationship with Him.

His areas of expertise include marriage and family life, discerning the will of God, the sacraments, the Church’s vocational choices and how they are lived out, male spirituality, pro-life issues, evangelization, prayer, and many others.

Recently I had the chance to interview Deacon Harold about his new book Behold the Man: A Catholic Vision of Male Spirituality. What follows is that interview.

PETE: It seems that generally the role of male leadership has come under great attack in recent years. Why do you think this is?

DEACON HAROLD BURKE-SIVERS: In a nutshell, we men have abdicated our responsibility to live as godly men. We have allowed ourselves to become effeminized by the culture and have turned our backs on the authentic moral teachings of the Church, especially in the area of human sexuality. The root causes can be traced back to a plethora of events, including the advent of birth control and dissention against Pope Paul VI’s encyclical letter Humanae Vitae; the rise of the feminist movement and the so-called sexual revolution; the approval of no-fault divorce; the legalization of abortion; the “spirit of Vatican II” mentality, which led to liturgical experimentation, uninspired and banal church architecture, and watered-down catechesis and music; the precipitous decline of a truly Catholic identity among many Catholic colleges and universities (particularly those run by religious orders); the meteoric rise and popularity of pornography and the proliferation of video games; and, in recent decades, the sexual abuse scandals among clergy, the acceptance of the homosexual lifestyle, the redefinition of marriage and the rise of neo-atheism, which have all played a role in the reformation of our conscience away from God and the objective truths of the Catholic faith, leading to the demise of authentic Catholic manhood.

PETE: How can your new book Behold the Man allow men to regain their spiritual focus?

DEACON HAROLD BURKE-SIVERS: Behold the Man goes straight to the heart of Catholic masculine identity, rooting male spirituality within a covenant relationship with God and the cross of Jesus Christ. It is when a man lives his spirituality from the cross that he is truly able to be himself — the man that God created and calls him to be. It is within this context that I explore male spirituality as it flows and draws life from the pierced heart of Christ. The book examines how a Catholic man is formed within the timeless struggle between sin and forgiveness, and the tension between truth and freedom that shape his manhood.

This book will deepen a man’s experience of Christ; he will come to know the Lord intimately and personally. He will take his faith to the next level, and begin to live that faith with greater passion and conviction than ever before. Behold the Man is the new benchmark that serves as a platform for a more sustained discussion on the meaning of the Catholic man in the life of the Church. No stone is left unturned. Whether you are married or single, a priest in a parish or a father in the domestic church, whether you are on fire for the faith or searching for answers, Behold the Man is for you!

PETE: What do you think is the greatest threat to male spirituality today?

DEACON HAROLD BURKE-SIVERS: The greatest threat to male spirituality is moral relativism and the choices we make rooted in subjective truth. Men choose pornography and masturbation over the one-flesh union of the conjugal act in marriage or the intimacy of celibate life. Men choose abortion and contraception over serving, protecting and defending a woman’s dignity and building a culture of life. Men choose spiritual sloth and laziness over witnessing to the truth of our faith with passion and conviction. The result: We’ve become timid, stopped leading and no longer desire holiness. Catholic men were created for greatness but instead choose to be purveyors of immorality and mediocrity. This is unacceptable!

PETE: Why was it important for you to write this book?

DEACON HAROLD BURKE-SIVERS: I couldn’t find a document produced by the Church’s magisterium or authored by a Church Father that was specifically written for men and that developed an authentic male spirituality. Much of the Catholic literature has focused on fatherhood, but I was interested in exploring the spirituality of a man that informs what it means to be a man, husband, father and priest. I wanted to break down, once and for all, the outmoded stereotypes of male spirituality that often still linger, leaving many men with the impression that developing a spiritually rich interior life is primarily a feminine trait. Nothing could be further from the truth.

PETE: Your book is loaded with footnotes for further study, but of all the research you did, what resources do you recommend for males to take advantage of today?

PETE: Time for my signature-ending question. This is a blog about books. What books are currently on your bookshelf to read?

Joseph C. Atkinson, Biblical and Theological Foundations of the Family

Antonio López, Gift and the Unity of Being

Antonio López and Javier Prades (editors), Retrieving Origins and the Claim of Multiculturalism 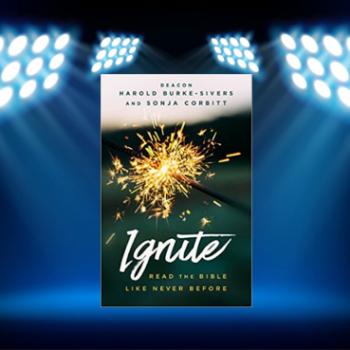