CBB Interview with James A. Toups 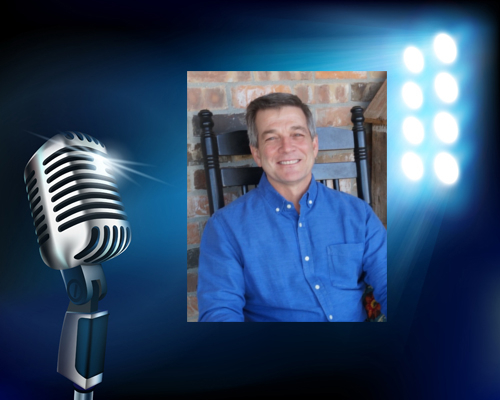 James A. Toups is a husband, father of six, and a grandfather formed by the rich, Christian, cultural experience of the Deep South of the United States of America (US). As a Catholic, he has been active in evangelization with the parish of his church, and served on various parish and school boards. Toups works to answer God’s call for his life through his vocation as a husband and father, while weaving his faith into the deeds of his consulting business.

Educated in Catholic schools and a small, public college in Louisiana, Toups spends much of his time with his large family, motivational public speaking and helping his clients grow, while building up the communities they serve. He has also developed a belief in the economic theory of distributism. Toups finds joy and hope in being called to serve Christ in the simplest ways and has a great love for Him and the Blessed Mother, Lectio Divina, adoration, and praying the rosary. He also enjoys reading the wisdom found in the writings of the great saints of the universal Church.

Toups believes that the future of humankind, no matter what it holds and despite the present storm, has the great gift of hope in the salvation brought to us by Jesus Christ.

This week James and I discussed his book  The Storm: A Time of Mercy, Choices and Hope. Be sure to check out my review as well.

PETE: What led you to write your book The Storm?

JAMES A. TOUPS: Memorial weekend of 2015, I had an accident and dumped 162 quarts of boiling water on my legs and feet. The result was three weeks off my feet and six weeks of recovery from second and third degree burns, which gave me much needed quiet time to reflect and pray. God often uses times such as these to move us in a direction He wants us to go. At the end of my recovery period, I was praying and reflecting in our backyard. As I was praying, I felt the profound need to write down my thoughts. These thoughts expanded to eventually become The Storm.

PETE: You take an unexpected approach in that you wrote this in the third person. Did this make retelling these life events easier?

JAMES A. TOUPS: Writing the book was a deep, purifying process for me. It allowed me to see the reality of my own choices and how God had interacted in my life. Many of the events in the book were, quite frankly, exceedingly difficult to relive. I made the decision to write the book in third person for three reasons. First, I believed it would allow the reader to place themselves in the book and imagine themselves walking through life as they reflected on their own lives, without the distraction of names. Second, I hoped it would draw the attention to the people who had brought God into my life, thus making the events more about the positive effect of God in our lives. In essence, placing God at the forefront of each of the 22 stories. Third, I felt it would make the book a much easier read.

PETE: Were there any events that you had second thoughts about sharing?

JAMES A. TOUPS: Yes, there were a few. When you bare your soul to the world, you open yourself up as a target. Sharing the most difficult time in our married life, in the chapter named Tsunami at Midnight, gave me pause. It was excruciating to relive and come to a clear understanding of the deep pain my despair had caused my wife and my family. Very few people knew that we had experienced a great struggle in our marriage. In the end, I felt it would be morally and intellectually dishonest to leave it out. There are other stories I purposefully left out not to cause harm or pain. Throughout the book, I worked painstakingly hard to not reveal anyone’s sins as this would have only hurt them and given glory to evil. God always triumphs in the end and that is what is most important.

PETE: What is your greatest hope for this book?

JAMES A. TOUPS: One word: hope. Much of the world around us is in a state of moral despair. God is the beacon and source of all hope. I believe God wants me to help bring hope into the world as His hope is joy in all things.

PETE: They say your first book is the hardest one. Do you have any plans for future books?

JAMES A. TOUPS: Time permitting, I hope to have other books. Much of that will depend on God’s hand in my life. I have been blessed with a large, growing family and a successful business; they keep me pretty busy much of the time. Any other books will continue to focus on the virtue of hope in one way, shape, or form.

JAMES A. TOUPS: I love to read and usually read two or three books at a time. I am currently working my way through Dark Night of the Soul by Saint John of the Cross, Sonnets From the Spirit by Christopher Villers, and for fun The Screwtape Letters by C. S. Lewis. I always have books popping in and out of my wish-to-read list.

June 27, 2016 Mary goes to Jesus’ tomb, Mary: Day 342
Recent Comments
0 | Leave a Comment
Browse Our Archives
get the latest from
Catholic
Sign up for our newsletter
POPULAR AT PATHEOS Catholic
1 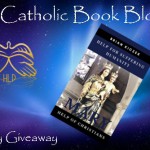 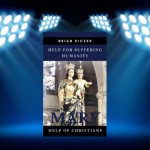 Joseph And An Example We Can All Follow
But just when he had resolved to do this, an angel of...
view all Catholic blogs
What Are Your Thoughts?leave a comment
Copyright 2008-2020, Patheos. All rights reserved.