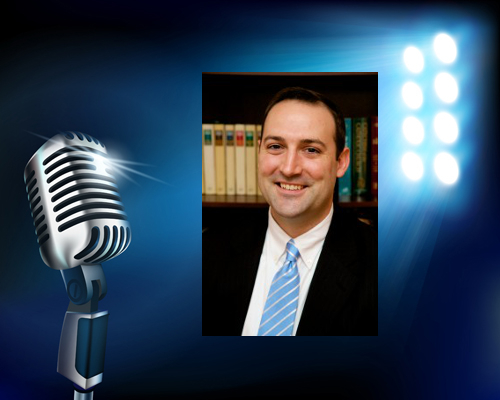 Stephen P. White is a fellow in the Catholic Studies Program at the Ethics and Public Policy Center. His work focuses on the application of Catholic social teaching to contemporary political and cultural issues. His writing has appeared in outlets such as the National Review Online, Huffington Post, America Magazine, and The Catholic Herald (UK). He is a regular contributor at CatholicVote.org. Since 2005, he has been coordinator of an annual seminar on Catholic social thought in Krakow, Poland.

Recently Stephen and I discussed his essential guide to Catholic citizenship, Red, White, Blue, and Catholic from Liguori Publications. My review can be found here.

PETE:  It seems the political arena in the past 20 years has descended into a he-said, she-said environment. I have seen this at all levels from national to local politics. How have we gotten here?

STEPHEN P. WHITE: The answer to that question is very long and complicated. I doubt anyone has a complete answer. One factor (and it is just one factor) has been the sorting out of our political parties along the same fault lines which have defined the “culture wars.” These division have a way of self-reinforcing as each party appeals more and more to its base, and defines itself more and more in opposition to the other party.

There’s plenty of blame to go around for the coarseness of our politics and the lack of civility. Lamentable as this is, it’s also worth noting that the cultural divisions underlying our political polarization are real and substantial. If I had to give a name to the underlying crisis it would be the problem of freedom—what is it for, where does it come from, and how ought it to be used. Pope John Paul II (and Benedict XVI and Francis, in turn) identified this problem as an “anthropological” problem, a misunderstanding or disagreement about the very nature of the human person.

Disagreements on such a fundamental level are very tough to work through and, as often as not, people end up talking past one another. We often miss the real depth of our disagreement and easily ascribe ignorance or ill-will to our interlocutors rather than acknowledging what is actually happening: a profound disagreement about who we are and what the purpose of our common life ought to be.

PETE:  What responsibility as Catholics do we have in the process of building our communities beyond un-necessary political squabbling?

STEPHEN P. WHITE: Christians in general, and Catholics in particular, have an irreplaceable role to play both in relativizing politics and at the same time elevating the importance of political life. That might sound confusing, or even contradictory, but here’s what I mean.

When politics is elevated too high—when it becomes the highest good and the measure of all the rest of human life—two things happen: First, we demand of politics something it cannot possibly provide, namely, ultimate meaning. Second, because such a misconception of politics inevitably disappoints, we can easily become cynical, disillusioned, and despair of the possibilities of actually making our common lives better.

Because we know politics isn’t the ultimate horizon of human reality, Catholics don’t have to be discouraged by its frustrations and inadequacies. We have a Savior, and he’s not running for office. At the same time, because we know that what we do in this life matters—indeed, matters for eternity—we know better than to view politics through a cynical, even nihilistic lens. How we organize our lives together matters. The work of citizenship matters. Love of neighbor matters. Participating in our common life matters.

All of this is to say that no matter how divisive or frustrating political life can become—and it can get much, much worse that it is now—Catholics know that good citizenship remains a necessary and worthwhile dimension of our vocation as Christian disciples. We’re called to love the world as we find it, not the world as we wish it would be. To paraphrase St. Thomas More, we’re always called to be the king’s good servants precisely by being God’s first.

PETE:  What can we do as Catholics during what appears to become a highly contentious presidential election cycle this year?

STEPHEN P. WHITE: Pray. Pray for peace and understanding, wisdom, patience and charity. Pray for the courage to speak the truth, to not be cowed by voices that are louder than our own. And live lives of sanctity! If good discipleship manifests itself in good citizenship, then the best thing we can do for our country—and ourselves, our families, our neighbors, and even our enemies—is to strive to live lives of holiness. This is the simplest and most difficult answer to the question, and the sine qua non of Catholic citizenship.

PETE:  Going beyond this election cycle how can we as Catholics drive positive change in our communities?

STEPHEN P. WHITE: We shouldn’t kid ourselves by thinking that government has a monopoly on shaping the way we live together, for better or for worse. If we’re waiting for politicians to pass the kinds of laws that will make us better citizens, we’re going to be waiting a very, very long time. Our laws shape us and our communities, for both good and ill, but even good laws cannot make us good.

One of the things I focus on in my book are those social spaces where most of our lives happen —families, parishes, schools, neighborhoods, places of business, etc. If most of our common life happens in these places, then these are the places where most of the work of citizenship needs to be done. Working to build the common good is not simply something we do on Election Day. Solidarity can’t be enforced from the top down. Real solidarity springs from the personal relationships we form in everyday life and wells up from there. This means we have to be involved locally, and care for our communities and our personal relationships, beginning in our marriages and families. It means living lives of service in our communities and being generous with our time and treasure. It also means we have to work to see that these fragile institutions are protected, defended, and given the freedom to flourish in a way that allows them to be sources of solidarity.

In my book I describe the challenge of learning to live freedom well to learning to play an instrument. It takes practice, it takes discipline, it takes work. We need virtuoso citizens; we need citizen saints. That road is always open to us, even in the most dysfunctional political environments.

PETE:  I particularly was interested in your statement about looking for disagreement. I have dealt with this first hand as a local elected official. When certain individuals do not get their way, things tend to descend into name calling and an environment of constant gotcha moments. What advice do you have for Catholic, elected officials who find themselves on the receiving end of this?

STEPHEN P. WHITE: Resisting the urge to respond in kind is important. One of the curious things about sin is that the burden of reconciliation often falls heaviest on the one who has been hurt. This is true in politics as much as anywhere else.

As I mentioned, it is often easier to accuse our opponents of ignorance or ill-will than it is to take the time to work through them and discover the heart of our disagreements. “Achieving disagreement” doesn’t mean simply agreeing to disagree, rather, it means striving to understand someone else’s position as they understand it, engaging their best arguments rather than their worst. If we can’t even be bothered to figure out why and how we disagree, then persuasion and compromise are all but impossible. All that’s left is assertion, and a politics built on the force of assertion gets ugly very quickly.

PETE:  Time for my signature ending question. This is a blog about books. What books are currently on your bookshelf to read?

STEPHEN P. WHITE: I’m writing this from Poland, where I’m spending a month for work, so I’ll tell you what I brought with me. I recently gave a lecture on Laudato Si’ and what Pope Francis calls the “technocratic paradigm,” so I’ve got Romano Guardini’s Letters from Lake Cuomo (Kindle), and George Grant’s Technology and Empire; for the airplane, I brought (and strongly recommend) my EPPC colleague Yuval Levin’s new book on the deep divisions we see in our current politics, A Fractured Republic; I’m working through Cicero’s De Officiis (e-book); C.C. Pecknold’s nifty little primer, Christianity and Politics: A Brief Guide to the History, made the trip in my suitcase, but I’ve already read it. I left at home my copy of Stephen Ambrose’ Undaunted Courage—about the Lewis and Clark Expedition—which I’ve been rereading. As for fiction (which I’m saving for the beach later this summer) the final novel in Patrick O’Brien’s great Aubrey-Maturin series: The Unknown Shore, and Walker Percy’s The Second Coming. Oh, and I’ve started Robert Hugh Benson’s Lord of the World twice—let’s hope third time is the charm. 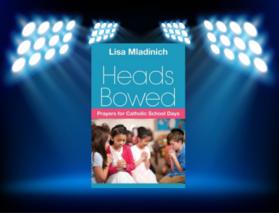