Santiago, Chile, Oct 18, 2017 / 12:26 am (CNA).- Last week in Santiago, government officials, representatives of the Catholic Church in Chile, and international organizations welcomed the first of 66 Syrian refugees who will be living in the country.

These 14 families, consisting of 34 adults and 32 children, traveled more than 20 hours from Lebanon and arrived as part of the Syrian Refugee Resettlement Program. The families will be making their homes in the Macul district in Santiago and Villa Alemana district in Valparaiso.

Present at the welcome were the President of Chile, Michelle Bachelet; the Archbishop of Santiago, Cardinal Ricardo Ezzati; the regional UNHCR representative for southern Latin America, Michele Manca di Nissa; Interior Minister Mario Fernandez; the mayors of the host communities; representatives of the Syrian community in Chile; and the International Organization of Migration (IOM).

Bachelet said she hopes that the refugees will be able to “gradually let go of your fear, pain and uncertainty. We know that you have had trying times, and we want you to find in our country a land that welcomes you with friendship and good will so you can have a fresh start and raise your families in peace and security.”

“I am extremely delighted that Chile once again shows itself to be an open, supportive and welcoming country,” Cardinal Ezzati said at the welcome event.

“Without a doubt, language separates us to some extent, but greeting the people, I have noticed that there is a common language, the children smile and respond to our smiles.”

Once they completed the immigration procedures, seven Syrian families moved into Macul and the other seven into Villa Alemana. Workers from the Social Ministry were awaiting them in their new homes.

To finalize the move, the Vicariate for Social Ministry traveled in August to interview the families and give them information on Chile. One of the requirements for participating in the resettlement program is that the families had spent two years in refugee camps.

In the coming days, the refugees will begin Spanish classes and will be introduced to the culture, the workplace and educational environments, and other aspects of life in Chile so they can assimilate and restart their lives far from the humanitarian crisis caused by the war.

October 17, 2017
Pope Francis on why he gives interviews
Next Post 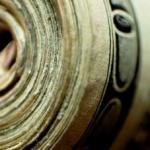