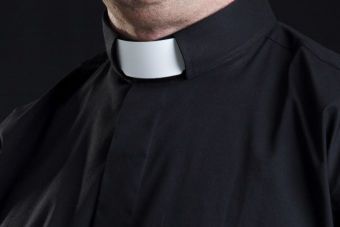 Santa Fe, N.M., Oct 24, 2017 / 01:57 pm (CNA/EWTN News).- The release of court records related to sex abuse allegations against three Catholic priests several decades ago will serve as “an additional step in healing for survivors, their families, our Church, and communities,” the Archdiocese of Santa Fe has said.

“Going forward, the archdiocese intends to continue promoting transparency in its efforts to protect children and young people from sexual abuse by clergy or anyone else in the community, while at the same time being careful to respect the rights of those who may be falsely accused, and respect the privacy of abuse survivors and their families,” the archdiocese said Oct. 18.

It said the documents were related to three priests “credibly accused of sexual misconduct with minors” in the 1960s, ‘70s and ‘80s.

Among the documents are hundreds of pages of court records that concern allegations against the clergy. They include letters indicating that Church leaders knew of sex abuse allegations that had been made against three priests.

A New Mexico judge ordered their release after a request from KOB-TV.

It is the largest records disclosure since alleged victims began filing lawsuits against the archdiocese almost three decades ago, the Associated Press says.

The Albuquerque Journal said letters in the documents show “that church leaders knew of allegations of sexual abuse against three priests long before the priests left or were barred from ministry.”

The cases involve former priests Jason Sigler and Sabine Griego, who still live in New Mexico, and Arthur Perrault, who has fled the U.S.

Perrault had been sent to a treatment center for sexually abusive priests in 1965 after being accused of molesting young men in Connecticut. The center, located in Jemez Springs, N.M., was run by the Servants of the Paraclete religious order. In 1966, a psychologist contracting with the order recommended him for a teaching position at St. Pius X High School.

The accused priest disappeared from his Albuquerque parish in 1992 just days before an attorney filed two lawsuits against the archdiocese. The lawsuits charged that the priest sexually assaulted seven children at his parish. He reappeared in 2016 at a Morocco English-language school for children, then was fired. His present whereabouts are not clear.

He is the only one of the priests to have been convicted.

Former Santa Fe archbishop Michael Sheeran in a 2004 memo said the Griego case was extraordinary because of the “sheer volume and heinous nature of the accusations.” His memo said payments to 17 of his victims neared $3 million.