What should we do with “church refugees”?

What should we do with “church refugees”? October 6, 2015 Neil Carlson

Who are the people who once were churchgoers but now say they are “Done” with church altogether? If you’re like me, you were once ready to judge: they must be lazy, self-indulgent people who reject Christian morality and lack discipline. 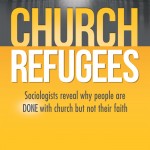 Such rush to judgment couldn’t be more unfair to many “religious Dones.” And it turns out that our judgment is part of what’s driving them away. We live in unsettled times, and millions of actual refugees experience real physical suffering we should never trivialize by analogy to emotional hardships faced by comfortably rich Americans. But the times equip us better than ever to recognize what it means to be a refugee, and to understand that it’s a difficult, complex mix of voluntary and involuntary action.

Church Refugees by Josh Packard, PhD, and Ashleigh Hope documents interviews with almost 100 “dechurched” people for “The Dechurched Project.” These “refugees” say they did not leave the church willingly, drifting from its edges; on the contrary, many were central leaders and tireless volunteers. They say they object not to core Christian doctrine, but to judgmental attitudes and paralyzing bureaucracy in the church. They say they seek community rather than ideology. They say they didn’t leave the faith, they left to save their faith from hypocrisy and self-indulgent introspection. At the same time, Packard and Hope note that the “refugees” are on the edges of the church in another way. They are better positioned for outreach than the rest of us:

As we say throughout the book, they’re leaving to do more, not less, and they’re doing it within a broader and more diverse community. They aren’t exhausted or burned out. They aren’t retreating to small, like-minded groups.

In many respects, then, the Dones and the almost Dones are the strongest bridge to the Nones [people who say they have no religious affiliation]. They’re the ones most likely to come into regular contact and be in community with those who have never been to church. (page 137)

Church Refugees has already been ably reviewed by John Hawthorne over on the “Work Cited” blog; I urge you to turn there for a full summary and worthy analysis. The study findings resonate and the methods have integrity, but caution is advisable, as with any research. For example, the study’s “hypersampling” method (using referrals from one interviewee to find others) may have turned up a peculiar pocket of Coloradans.

The point I want to make is simple, and it doesn’t require that we accept the whole study or every “refugee” story uncritically: American churches have a serious talent-retention problem. We ignore a steady, swirling “brain drain.” In too many congregations, service in a leadership position is a prelude to imminent departure. We are uncomfortable with conflict, disagreement, competing ideas; instead of accepting the reality that every good organization has to deal with internal conflict and competition, we try to suppress conflict and innovation, signaling to improvement-seeking potential leaders that we’re not a good investment of their time. We reinforce our hierarchies and insist on our procedures, even when eager leaders are signaling us that hierarchy and process aren’t working well. Our congregations are full of small-government advocates, but we are not very libertarian about our church governance. I know a few of these cases personally:

What should we do with church refugees? Join them! Maybe we should become refugees ourselves, not leaving the church, but taking the church on the road, heading for a better land. Loyalty is valuable, and we shouldn’t just give up on the church as an organization. On the contrary, as I’ll argue repeatedly on this blog in the future: we must recognize that any church body has many of the same organizational challenges and opportunities as businesses and governments and nonprofits. But we should be careful that what we are loyal to actually belongs to the Kingdom of God. We may be comfortable in our Egypt, rich with pharaohs, hierarchies, and rules. Even if we get to a “promised land” where refugees find a new home safe from false judgments and oppressive structures, we will have to resist the temptation to look back and set up a king like the Egyptians have.

The church isn’t asking too much of people; it’s asking the wrong things of them. The Dones are done doing things they find to be unconnected with God. (page 133) 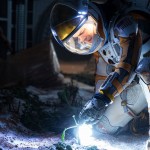 October 12, 2015 Church decline? Blame the baby bust
Recent Comments
0 | Leave a Comment
Browse Our Archives
get the latest from
Best of Patheos
Sign up for our newsletter
POPULAR AT PATHEOS Faith and Work
1 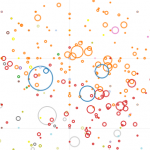 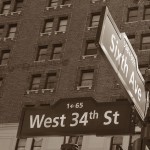 Faith and Work
Facing Facts about the Future of the Church...
Charting Church Leadership
TRENDING AT PATHEOS Faith and Work