Monday night, Paul decided sleep was for the weak.  He started singing around ten o’clock.  Around half past midnight, Paul’s roommate and older brother had had enough.  Having asked many times and tried multiple methods of getting him to stop, he presented Paul to us.  We put him on the couch, said prayers and rubbed his feet.  He closed his eyes and for the next thirty minutes, all was quiet.   I woke to hear him climbing the stairs back to his own bed.

Five minute later, the song, “Poor Unfortunate Soul” from The Little Mermaid could be heard.  Paul came back down to tattle.  He pointed up to their room and held his neck with both hands.

His older brother had told him via Disney, “Shut up.”

The next morning, when I explained to Paul that he didn’t get to go to school when he’d stayed up past one o’clock, his brother backed me up with a tune from Tangled, “Mother Knows Best.”    I’m fairly certain Paul got both messages loud and clear.

Every day, Paul comes home with an assortment of miscellaneous snacks from school in his lunch box.  We felt frankly baffled why he’d bring back nine cups of apple sauce.  Today, we missed the bus so I drove him to class.   The teacher asked if we minded getting the extra food.  She explained, at the end of the day, students may take what they wish, and Paul goes every day and says, “This is for Mom….This is for Dad…This is for Will…This is for Bon…” until he’s considered everyone that is at home. When I was a kid, I made my parents “fruit flafay” by cutting up bananas, apples and oranges and putting them into a bowl. I poured milk into it and served Mom and Dad breakfast in bed.   After two weekends of this, my mom taught me how to make coffee, and fruit flafay became a memory of kind hearts with poor cooking skills.

Paul was serving us, his version of Fruit flafay.

Every one of his siblings said, “Awwww. That’s so sweet.” when they heard the truth behind the food.  None of them want to eat the cups of applesauce though.    Today he brought home about twenty-five chicken nuggets.  I may  have to teach him how to make coffee.

July 11, 2022
Why You Should Go to Mass on Summer Vacation
Next Post

August 6, 2022 Back on the Writing Pony after Falling off for what feels like Forever
Recent Comments
0 | Leave a Comment
"Being a parent is the greatest blessing. As a Father of seven, I know that ..."
Catholic Dad Blessed Then and Now
"I love your post! A lot of us focus on making it to the mountain ..."
Catholic Dad Easter Monday, Now What
Browse Our Archives
Related posts from Chocolate For Your Brain!

Catholic
There Are No Invisible People to God
Chocolate For Your Brain! 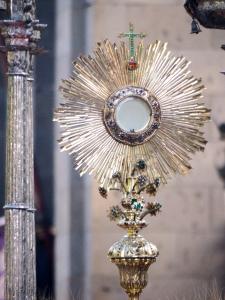 Catholic
Ask, God is Always Listening to Our Hearts
Chocolate For Your Brain! 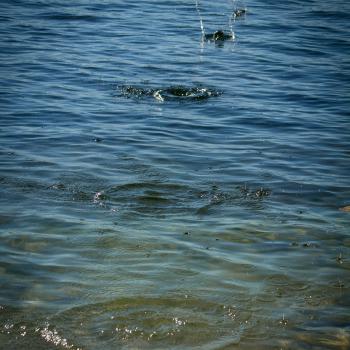 Catholic
So Now What
Chocolate For Your Brain!

Catholic
Finding Your Always
Chocolate For Your Brain!
TRENDING AT PATHEOS Catholic