My latest Internet fixation/timesuck is the “90s Christian Music Recovery Group” Facebook group. From the description:

You went to Youth Group in the 90s. At some point, you heard about Tooth and Nail records. In some cases, their bands and others became your life. In some cases, you also were a fan of All Star United. You grew up, and “backslid” into evil secular music. Still, the music of your youth is a part of you. We are here to help you through those times when you remember Plumb and think nobody else cares.

The group has essentially become a huge nostalgia rush for me, as I was one of those youth group kids who would leave the local Christian bookstore with all of the Tooth and Nail (and Velvet Blue Music, REX Records, and Intense Records — to name a few) CDs I could afford.

What’s particularly cool, besides reminiscing about classic Cornerstone moments and guilty pleasures with other fans, is that a number of band members and other music industry folks from that era have joined the group, offering “behind the scenes” stories of making records, shooting videos, touring, etc. I wish I could go back in time and tell my ninth grade self that when he was 36 years old, he’d be discussing the music that he was listening to with One Bad Pig’s Paul Q-Pek.

September 27, 2012
Obama's Bow and the Idolatry of American Exceptionalism
Next Post 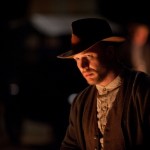 September 28, 2012 The Moviegoer: The Law Made Arbitrary
Recent Comments
1 Comment | Leave a Comment
"Radford made a connection between Ender and Hitler.Another possible connection: Could Card have been referring ..."
Raymond Z ‘Ender’s Game,’ Genocide, and Moral Culpability
"Faith is the confidence that what we hope for will actually happen; it gives us ..."
Smiley M.M. Music Matters: David Bowie, Still Not ..."
""that many of us do not accept that a few cells of human DNA constitute ..."
myintx How I Changed My Mind About ..."
"No thought given to the unborn child whose life was 'silenced and oppressed'... sad."
myintx How I Changed My Mind About ..."
Browse Our Archives
Related posts from Christ and Pop Culture