Is America Indispensable or The Only Hope of the Earth?

Is America Indispensable or The Only Hope of the Earth? October 23, 2012 Drew Dixon

If you watched last night’s debate, you may have caught some pretty bold descriptions of our nation by both our President and Governor Romney. John Piper,  pastor of Bethlehem Baptist Church in Minneapolis, noticed and tweeted:

We’ve been talking a good bit about “American exceptionalism” lately here at Christ and Pop Culture. We have discussed how America is often described by evangelicals as a “Christian nation” and how some Christians think of America as God’s new chosen nation in place of Israel.

I have tried to encourage an honest look at our nation’s religious landscape and heritage and what that means about the USA’s place in the larger world. I recently wrote about this with regard to the flack President Obama got for “bowing” to King Abdullah of Saudi Arabia:

American exceptionalism is antithetical to the Christian’s heavenly citizenship. So as a Christian, I cannot believe in American exceptionalism because America and its leaders, just like every other country, is made up of people who make good and bad decisions. I love my country but I won’t pretend that its foreign policy has been a force of categorical good in the world. Such an assumption would be foolish.

This isn’t to say that America isn’t a great nation–I think it is. I count it a tremendous blessing to have been born and raised here. As Peter Leithart said in a recent interview with the Gospel Coalition’s Trevin Wax, I believe that America is exceptional in many ways:

Notice that Leithart says America “is one of the most deeply Christian nations.” If you read the rest of the interview, I think you will see that he says this because America cannot rightly be deemed a fully evangelical Christian nation either in its founding or its current religious/theological landscape.

What I find interesting about President Obama and Governor Romney’s descriptions of America is that they come from both a mainline protestant who has been honest about beliefs that fall outside of evangelicalism, and a mormon. In other words, this idea that America is “God’s chosen nation” is not limited to evangelicals.

I won’t pretend to have the education, the wisdom, or the foresight to weigh in on whether or not America has done more good or ill for the world at large. I love America and so I would like to think that we have been a source of good. I recognize, however, that affirming such a beliefs would require overlooking some of the  more pernicious aspects of American history (for example: The Trail of Tears or Segregation).

To be perfectly honest, answering whether America is indispensable and the only hope for the earth, is not something any human being has the authority or insight to accurately suss out. The earth is the Lord’s and the fullness thereof (Ps. 24:1), and He made it for his glory (Isa. 43:7) and He alone is truly wise (Romans 16:27).

So I am reminded of the Apostle Paul’s warning to the church at Rome not to “think more highly of [themselves] than [they] ought to think” but rather to think with “sober judgement” (Romans 12:3). Paul was speaking to Christians in a local church but I think it applies to us as citizens of the United States. Of course we think America is special, we live here and in many ways it is special. But as to whether America is special in the eyes of God, that seems like something we should leave up to God. We can, however, say with certainty that God’s intentions for the world and Christ’s Kingdom extends to all nations (Gen. 12:1-3; Matthew 28:18-20).

My concerns about such glowing descriptions of America is that they assume things about our nation that may or may not be true. And such assumptions keep us from looking at the state of our union with sober judgement and consequently from seeing our weaknesses and failures. As Christians, we ought to hope that America would be a source of good in the world. But it is the height of hubris to assume that we are the greatest nation in the world. As Christians, we ought to be concerned primarily with God’s judgments over and against the judgments of others. And further, we should be very careful in presuming to speak for Him.

If this election has revealed anything about the state of our union, perhaps it is that we currently find ourselves more divided than ever before. Both sides seem to grasp our nations greatest challenges but neither seem particularly poised to address them. Perhaps this is because we keep judging ourselves  poorly. 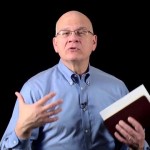 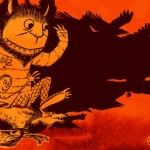 October 24, 2012 All Hallow’s Read: Why We Should Read Scary Stories for Halloween
Recent Comments
3 Comments | Leave a Comment
"Radford made a connection between Ender and Hitler.Another possible connection: Could Card have been referring ..."
Raymond Z ‘Ender’s Game,’ Genocide, and Moral Culpability
"Faith is the confidence that what we hope for will actually happen; it gives us ..."
Smiley M.M. Music Matters: David Bowie, Still Not ..."
""that many of us do not accept that a few cells of human DNA constitute ..."
myintx How I Changed My Mind About ..."
"No thought given to the unborn child whose life was 'silenced and oppressed'... sad."
myintx How I Changed My Mind About ..."
Browse Our Archives
get the latest from
Evangelical
Sign up for our newsletter
POPULAR AT PATHEOS Evangelical
1

Why Evangelicals Are So Disliked, Part...
Cranach
Related posts from Christ and Pop Culture