Is Victory Within Reach for Romney?

Is Victory Within Reach for Romney? October 8, 2012 C. Ryan Knight

It should be noted, as Fox News does, that the poll was conducted prior to the debate. It should also be noted, though, that Fox‘s headline — “Rasmussen Poll: Romney ahead 49-47 percent in first, full poll-debate survey” — will easily mislead viewers who don’t bother to read all the way to the bottom of the article to find out the poll was actually taken beforehand.

Whatever the case, and whatever the importance of the poll, Albert R. Hunt, the Washington editor of Bloomberg News, cast doubt upon the importance of Romney’s relative victory in the first presidential debate. Some are comparing Romney to Ronald Reagan and Obama to Jimmy Carter. Hunt warns this comparison is problematic and unpromising:

While Romney gets to hit the reset button after President Barack Obama’s desultory display, he’d better not count on the 1980 analogy. Ronald Reagan’s victory over Jimmy Carter wasn’t inevitable; it was earned, with some help from outsiders. The environment was far less hospitable for the incumbent president in 1980 than it is today.

Looking at the three major elements of any presidential contest — the candidate and campaign, the conditions, and the electorate — underscores the Republican’s challenge in replicating the Reagan victory this year.

Obama is a better candidate than Carter. Romney is no Reagan.

President Carter’s loss of the 1980 election to President Reagan is frequently explained by the negative reaction against what’s known as Carter’s “crisis of confidence” speech. Reagan flatly rejected Carter’s warning against materialism-driven self-interest, claiming instead that “‘less’ is not enough“.

While Republicans today still proclaim a prosperity gospel of sorts, their emphasis on austerity and debt reduction does not allow for Romney and Ryan to make the same sweeping claims Reagan made that won him the presidency and restored many Americans’ faith and belief in their country.

Americans believe in prosperity still, but they also pushed into a realism which admits prosperity is never endless, that less may not be enough but will have to be enough for a time. In this regard, Chris Christie’s RNC keynote speech resembles Carter’s call for reigning in profligacy far more than Reagan’s dream of prosperity unbound.

Such a message is a hard sell, and Romney will have a very hard time selling this to Americans in a convincing manner. (To be fair, this is a hard sell for anyone, not just Romney.) The next month will reveal whether Romney managed to make the sale. 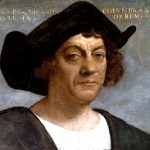 October 8, 2012
How Columbus Day is Uniquely American
Next Post 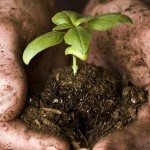 October 9, 2012 The Kiddy Pool: We Are... God's Handiwork(ers)
Recent Comments
0 | Leave a Comment
"Radford made a connection between Ender and Hitler.Another possible connection: Could Card have been referring ..."
Raymond Z ‘Ender’s Game,’ Genocide, and Moral Culpability
"Faith is the confidence that what we hope for will actually happen; it gives us ..."
Smiley M.M. Music Matters: David Bowie, Still Not ..."
""that many of us do not accept that a few cells of human DNA constitute ..."
myintx How I Changed My Mind About ..."
"No thought given to the unborn child whose life was 'silenced and oppressed'... sad."
myintx How I Changed My Mind About ..."
Browse Our Archives
get the latest from
Evangelical
Sign up for our newsletter
POPULAR AT PATHEOS Evangelical
1

Earmarks--with Pork Barrel Spending--Are Coming Back!
One benefit of having an old-school Democratic politician in the White House: ...

Peace and Humility are the Defaults: No Hate...
Christians must always give peace a chance. We side with the poor,...
view all Evangelical blogs
What Are Your Thoughts?leave a comment
Copyright 2008-2020, Patheos. All rights reserved.