The Next Archbishop of Canterbury is an oil executive. And maybe that’s a good thing.

The Next Archbishop of Canterbury is an oil executive. And maybe that’s a good thing. November 12, 2012 Nick Rynerson

Justin Welby, The next leader of the Church of England has a strange resume. Having only been a bishop in the church for about a year, he will now become the head of Anglicanism. Some might see this as reeking with privilege, and it is certainly odd that a man with much commercial influence and little time in ministry. However, I am not ready to dismiss the Archbishop of Canterbury quite yet, his background could possibly work in his favor:

Of his own “worldly” background, he said: “Worldly in Christian terms is a very loaded word” – and not something any good Christian should want to be. The key thing he had got from his career in the oil industry was “the sense of having lived and worked in a world where the church is felt to be completely irrelevant”

Hopefully his secular business resume could have positive, missional effects. If he is able to actually engage secular society with intentionality, this position could be very advantageous for the spread of the gospel in Europe.

As a self described evangelical (with egalitarian leanings), Welby has a great deal of work to do, and in his inauguration he promised to do so. His mission seems to be ecumenical in nature, and if that can be achieved without Welby himself compromising his evangelical theology, this could be a big step in 21st century Christendom.

He said he did not want Christians to agree with one another, “but to love one another, and to demonstrate to the world around us a better way of disagreeing”. Judging by the last 2,000 years or so, this is a rather more ambitious plan than merely reconverting England – but he seemed entirely serious about it.

While I do not expect Welby to be a Clapham-style Wilberforce character, in the words of The Guardian today,

This could be interesting. 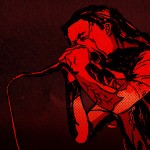 November 12, 2012
Reinventing Their Exit: Reflections on the Music of Underoath
Next Post

November 12, 2012 Mixed Signals: Orange Juice Is Good But Not Omniscient
Recent Comments
3 Comments | Leave a Comment
"Radford made a connection between Ender and Hitler.Another possible connection: Could Card have been referring ..."
Raymond Z ‘Ender’s Game,’ Genocide, and Moral Culpability
"Faith is the confidence that what we hope for will actually happen; it gives us ..."
Smiley M.M. Music Matters: David Bowie, Still Not ..."
""that many of us do not accept that a few cells of human DNA constitute ..."
myintx How I Changed My Mind About ..."
"No thought given to the unborn child whose life was 'silenced and oppressed'... sad."
myintx How I Changed My Mind About ..."
Browse Our Archives
get the latest from
Evangelical
Sign up for our newsletter
POPULAR AT PATHEOS Evangelical
1